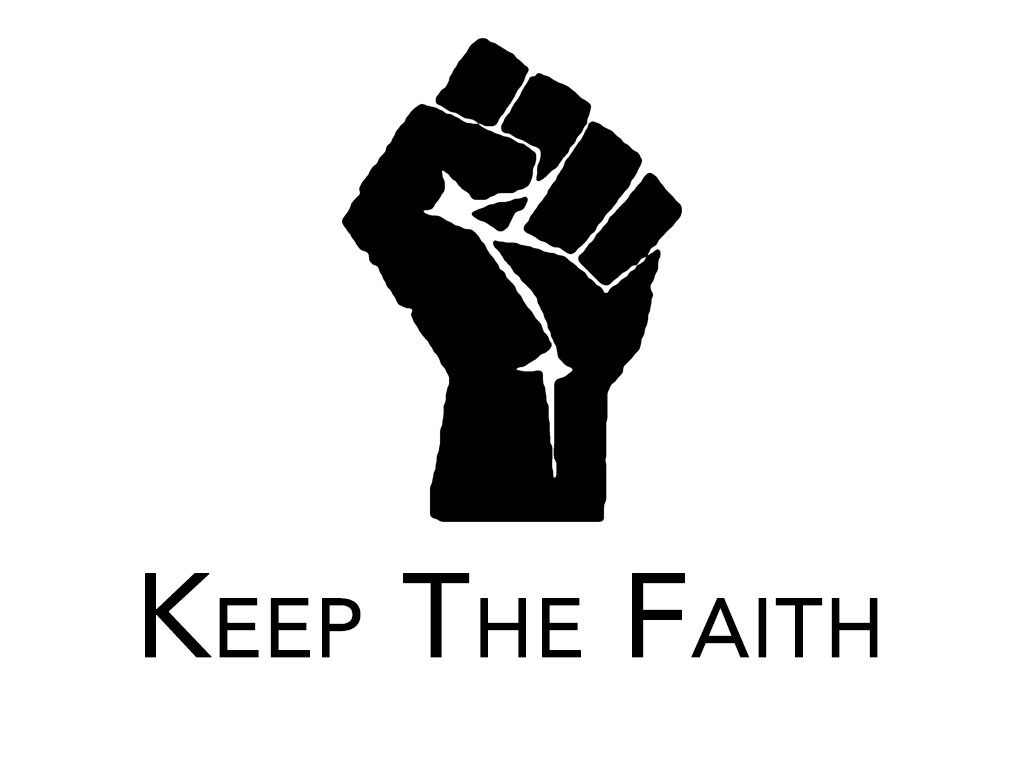 I’ve been back and forward, up and down. One minute believing, the next minute not. I’m now applying what I’ve learned on how to keep the faith. With it, you can keep the faith too.

It is said that our brains are divided into two sides. Each side controlling one of the two ways we think and behave. The left side controls all of the logical thinking and reasoning while the right side handles the emotions and feelings.

Although I’m not sure how true this is, it appears to be the reason why we can accept a truth, yet when placed in a crisis that requires us to depend on that truth, we lose faith. In other words, when things are good we think logically, but in a crisis, that logical thinking goes away. Let’s look at some examples of this and what you can do about it.

One of the greatest examples of people losing faith is in the story of the Israelites. As you may already know, despite the many miracles they saw God do, when things got rough they lost faith in him. On one occasion, although they’ve witnessed all the plagues God sent to the Egyptians, they started crying and complaining when they saw the Egyptians marching after them. They said:

“Was it because there were no graves in Egypt that you brought us to the desert to die? What have you done to us by bringing us out of Egypt? Didn’t we say to you in Egypt, ‘Leave us alone; let us serve the Egyptians’? It would have been better for us to serve the Egyptians than to die in the desert!”

Although they were slaves and mistreated in Egypt, at the first sign of trouble on the road to freedom they began to lose faith. Not surprisingly, this is how many of us react when a crisis comes after making a decision that could change our lives. We wish that we never got ourselves in the situation, neglecting all the justification and reasons we had for doing so in the first place.

Another example is the prophet Elijah. In 1 Kings 18, he challenges the prophets of Baal to prove that his God was the true God. He tells the people:

The story goes that even after hours of shouting and cutting themselves, the prophets of Baal did not respond. On the other hand, Elijah, event after having people fill the area with jars of water, made a simple prayer and “the fire of the Lord fell and burned up the sacrifice, the wood, the stones and the soil, and also licked up the water in the trench.” Elijah was confident.

Sadly, in the next chapter, we read Elijah fleeing for his life after being threatened to be killed by Jezebel because he had the prophets of Baal killed after they lost the challenge. Having been led by God to do what he did, at a threat he lost faith and ran for his life. This shows that even the strong among us could lose faith at times.

There are many other examples in the Bible of this, and you’ve likely experienced the same. I used those two biblical examples to show that both the common and strong person can lose faith. This means that we could all benefit from learning how to keep the faith. Let’s look at 3 ways.

3 Ways To Keep The Faith

Recognize That Emotions Can Be Deceiving

The first way to keep the faith is to recognize that emotions can be deceiving. Has your heart ever started racing because of something that appeared to be a crisis?  For example, maybe you were butt-dialed by a close family member and when you answered you heard weird sounds causing you to imagine your family member kidnapped trying to reach you for help. A simple event like that can cause our emotions to deceive us even though we know there is a good chance that the situation is not what it appears to be.

Another example from my experience is when on one Saturday morning while I laid in bed, I felt too tired to do chores. But then I remembered something I read in a book by John Maxwell. It was “feelings follow actions.” He meant that the activity we are doing causes us to feel a particular way. I decided to test it by starting the chores and to my pleasant surprise, it became one of the most productive Saturdays I ever had.

If I acted according to how I felt, I likely would have rested most of the day and worst, not benefit going forward in life with what John Maxwell wrote! By recognizing that how you currently feel or may feel is not an accurate indicator of reality, you become more alert and prepared to challenge those emotions when situations arise.

Avoid People That Cause You To Doubt

The second way to keep the faith is to avoid people that cause you to doubt. Have you ever stopped pursuing a goal because of someone’s opinion? For instance, you share your business idea with someone only to hear them bring it down with trivial reasons. Or you tell a family member you want to go to college and with a doubtful attitude they comment on the amount of money or time it takes to finish.

While it’s important to get advice before taking on anything, know that not all advice is good advice. With no basis, people can make comments that can cause you to doubt. This is the reason why the Bibles says:

“And let us consider how we may spur one another on toward love and good deeds, not giving up meeting together, as some are in the habit of doing, but encouraging one another—and all the more as you see the Day approaching.”

Being around people that help build your faith goes hand in hand with avoiding people that cause you to doubt. Because they haven’t seen the light as yet, unbelievers may say giving, forgiveness or fasting doesn’t make sense. So as the verse states, it’s important for believers to not neglect meeting with each other.

For example, when I first started thinking about starting a business, I would doubt it was the thing to do because I saw people sharing their promotions and educational accomplishments on LinkedIn. Those things, which were not necessarily bad, had a similar effect on me by causing me to think that trying to start a business rather than build a career was best.

That thinking in those times was not based on good reasoning, but instead, temporary emotions. So to keep the faith, avoid people that cause you to doubt and replace them with people that help build your faith.

Continually Remind Yourself of the Truth

The third way to keep the faith is to continually remind yourself of the truth. Have you ever been in a situation where you didn’t think it would ever work out? However, after getting over it, you found yourself in yet another situation thinking the same thing? When we find ourselves in a crisis we tend to lose faith, forgetting all the previous situations that we’ve overcome.

This seems to be human nature. As we saw with Israelites, despite the many miracles they witnessed God do, they still lost faith in him when challenges arose. At one point in their journey, God parted the Jordan river just like he did the Red Sea. But this time, it was made clear that it was to prove to the Israelites that God would continue to do what he promised.

Joshua said to the Israelites, “Come here and listen to the words of the Lord your God. This is how you will know that the living God is among you and that he will certainly drive out before you the Canaanites, Hittites, Hivites, Perizzites, Girgashites, Amorites and Jebusites.”

As we see later in the chapter, the evidence of God driving out their opposition in the future was the separating of the waters of the Jordan river. In addition to that, he has the people collect rocks from the river to be a symbol to continually remind them of his power and promise.

You should do something similar to continually remind yourself of the truth so that you keep the faith no matter what situation you find yourself in. I did this by writing a letter to myself. It’s entitled “FOCUS” and I began it by stating “Whenever you’re getting emotional remember…” I even went a little further by changing my smart phone’s background to say “FOCUS”. The idea behind it is that every time I see it, I will remember my goals and not let emotions cause me to lose faith.

As I wrap up, remember that there are two sides to all of us. The logical side and the emotional side. Despite us initially agreeing to the facts, emotions can cause us to lose faith in what we know to be true. Recognizing that emotions can be deceiving is the first step to keeping the faith.

Beyond that, it’s important to avoid people that cause you to doubt. Sometimes without any good reasoning, the opinions of others can cause us to give up. Finally, set up some sort of reminder to help you remember the truth. Keep the faith.Related articles:

4 replies to How To Keep The Faith