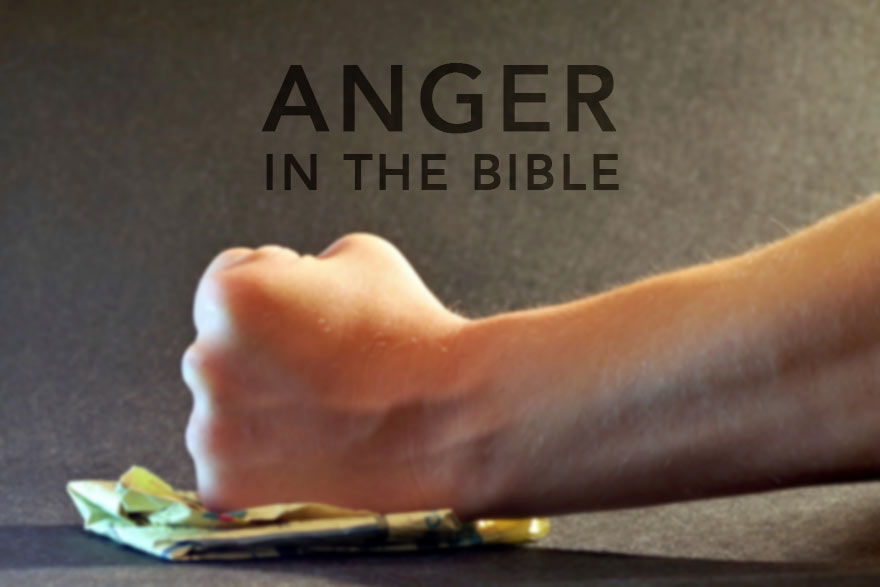 Anger. It’s an unpleasant emotion we all feel that could be triggered by all sorts of reasons. According to The Bible, anger in itself isn’t a problem. As it turns out, there are good reasons to be angry. But more often than not, we tend to get angry for the wrong reasons.

In this article, I’ll share 3 examples of anger in The Bible and what we can learn from them.

God and Moses Were Angry Because of Sin

The first example of anger in The Bible that I’ll share is when Moses became angry and broke the tablets that were inscribed with the commandments. His anger at that time teaches us that anger in itself isn’t an issue; there are good reasons to be angry. In fact, in the same chapter where he became angry, God was also angry.

The story is found in Exodus 32. Moses had gone up the mountain to meet with God and the people felt like he was taking too long. As a result, they asked Aaron to make them some gods to lead them. Aaron did as they asked and the people sacrificed offerings to it and even accredited the false god as being the one that brought them out of Egypt.

Aware of what the people were doing, God told Moses:

“I have seen these people, and they are a stiff-necked people. Now leave me alone so that my anger may burn against them and that I may destroy them. Then I will make you into a great nation.

First, God became angry because the people committed the sin of idolatry. Later, even after convincing God not to destroy the people, Moses became angry when he saw for himself what the people were doing. The Bible says:

“When Moses approached the camp and saw the calf and the dancing, his anger burned and he threw the tablets out of his hands, breaking them to pieces at the foot of the mountain.

Be Angry At What God Hates

This example of anger from God and Moses is driven by good reasons. They were angry because of sin. Paul said, “Hate what is evil” (Romans 12:9) and in Ephesians 4:26 he said, “In your anger do not sin” (NIV).

As believers, we are expected to be angry at the things God hates. If anything, we should examine our hearts if we aren’t. But even though we have the right to be angry, while we are, we should be careful not to sin.

Naaman Was Angry Because of Unmet Expectations

The second example of anger we’ll look at is Naaman. What drove his anger teaches us that we should beware of developing the wrong expectations of how things should happen.

Naaman’s story is found in 2 Kings 5. He was the commander of an army and highly regarded by his master. Even though he had a lot going for him, he suffered from leprosy. When the opportunity came for him to be healed, he almost missed it because he became angry over how it was to be done.

Upon arriving at Elisha’s house, Elisha had a messenger tell him, “Go, wash yourself seven times in the Jordan, and your flesh will be restored and you will be cleansed” (2 Kings 5:10 NIV).

Those instructions made Naaman angry because He expected to be healed in a different way. Naaman said:

“I thought that he would surely come out to me and stand and call on the name of the Lord his God, wave his hand over the spot and cure me of my leprosy. Are not Abana and Pharpar, the rivers of Damascus, better than all the waters of Israel? Couldn’t I wash in them and be cleansed?

In life, we can’t avoid developing expectations. Even though they occur naturally, we must accept that things don’t always go as expected. Naaman’s example shows us how we can become angry when our minds are fixated on a particular outcome and that outcome does not occur. This type of anger can be avoided simply by managing your expectations.

If you don’t know the full story, Naaman’s servants advised him to follow the instructions and he did, he received his healing. See lessons from the story in my article: 3 Unexpected Life Lessons From The Story of Naaman

David Was Angry Because of Ignorance

The last example of anger in The Bible that we’ll look at is David’s anger when Uzzah died touching the ark of the covenant. David’s anger teaches us that our own ignorance can make us angry.

You can find the story in 2 Samuel 6. According to the writer, there was excitement. David and all of Israel were praising God using all sorts of instruments. But while moving the ark of God on a cart, the oxen stumbled and Uzzah reached out and took hold of it. Even though he had good intentions, it was an irreverent act and God struck him down dead.

Following that, The Bible says:

“Then David was angry because the Lord’s wrath had broken out against Uzzah, and to this day that place is called Perez Uzzah.

When I first read this story, I became uneasy. I’m sure anyone in David’s position would also have been angry over what happened. But although David’s anger appears justified, what took place was due to his ignorance.

Earlier in The Bible, not only did God say who should carry the ark, but he also told them how it should be carried. Upon recognizing his error (1 Chronicles 15), David made another attempt to move the ark and was successful.

Anger Because of Bad Experiences

When you think about it, what happened to David happens to everyone in some shape or another. We become angry due to bad experiences not realizing that those bad experiences may have occurred because we didn’t know better.

So, when you get angry because of a bad experience, remember David’s anger. Consider that it could be because you didn’t know something and that should change how you feel about it.

For lessons from the story of David moving the ark, see my article: 3 Life Lessons From 2 Samuel 6: David Brings Ark To Jerusalem

To wrap up, The Bible has many examples of anger. In this article we looked at 3. The examples were God and Moses’ anger because of sin, Naaman’s anger because of unmet expectations, and David’s anger due to ignorance. From those examples we learned that there are good reasons to be angry, but more often than not, our anger is unjustified.

Other articles with examples to learn from:

Filed Under: Learn By Example, Mindset