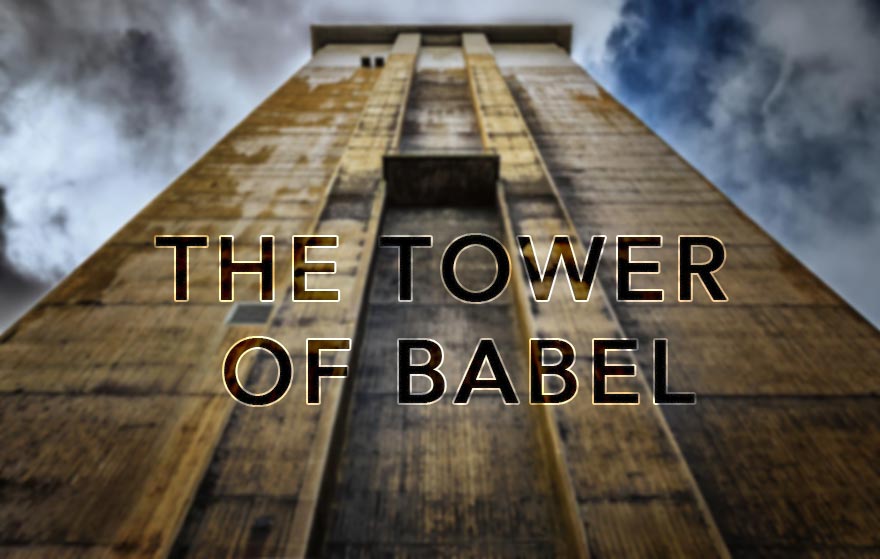 In Genesis 11:1-9, we find the story of the Tower of Babel. It is a story about a group of people with one language with a mission to build a city and tower in an effort to remain together and make a name for themselves. Since it wasn’t God’s will, He confused their language and by doing so, scattered them across the earth.

In this article, I’ll share 3 life lessons from the story of The Tower of Babel. The lessons are there is power in unity, all things are possible, and communication is the key to success.

There Is Power In Unity

Even though it was against God’s will, because the people building the tower of babel were united, they were going to succeed. This indicates that God created us with incredible power. However, a part of harnessing that power is through working together.

One of the ways unity is powerful is that it can get God’s attention. This is exactly what happened when the people came together to build the tower of babel. After they all agreed, The Bible says the Lord came down to see the city and tower they were building (Genesis 11:5).

Jesus referenced such power in Matthew 18. He said:

“Again, truly I tell you that if two of you on earth agree about anything they ask for, it will be done for them by my Father in heaven.

For where two or three gather in my name, there am I with them.”

Words Show How Unified People Are

It isn’t clear if there was one leader that brought everyone together to build the city and tower, but the wording of the story shows that they were all on board. Genesis 11:3-4 says:

They said to each other, “Come, let’s make bricks and bake them thoroughly.” They used brick instead of stone, and tar for mortar.

Then they said, “Come, let us build ourselves a city, with a tower that reaches to the heavens, so that we may make a name for ourselves; otherwise we will be scattered over the face of the whole earth.”

They used phrases like “let us” and “we” as opposed to “you” and “I”. I can’t tell you how many times I hear people say “you all” when they are supposed to be a part of the group. Often they are quick to say it in a negative situation but then say “we” when it is a positive one.

Such inconsistencies in speech reflect a weak union that can’t compare to the unity we observe in the people building the city and tower.

For example, the internet and space travel. Such miracles are only made possible when people come together. This leads us to the next lesson we can learn from the story of The Tower of Babel.

All Things Are Possible

When God found the people united and committed to building the city and tower, He said something that teaches us that all things are possible. He said:

“If as one people speaking the same language they have begun to do this, then nothing they plan to do will be impossible for them.”

To say that nothing would be impossible for them since they were one people speaking the same language means that some of the things we think are impossible may not be.

Could it be that the only thing preventing the human race from achieving more is simply a lack of unity and communication? It seems so.

All Things Are Possible With God

The story of the Tower of Babel isn’t the only place in The Bible that suggests that many things are possible. Jesus said himself that with God all things are possible (Matthew 19:26). Now considering that we are an extension of God’s Kingdom on earth, tapping into Him, our source makes us able to do all things through him.

In one instance, the disciples came to him asking why they couldn’t drive out a demon. Here’s his reply:

“Because you have so little faith. Truly I tell you, if you have faith as small as a mustard seed, you can say to this mountain, ‘Move from here to there,’ and it will move. Nothing will be impossible for you.”

According to Jesus, with the right amount of faith, nothing will be impossible.

What are your goals in life? Do you think they are impossible for you to achieve? Well, what God said about the people building the Tower of Babel is a reminder that it’s possible. There is nothing you can think of that if can’t do.

Communication Is The Key To Success

Having one language and a common speech is what helped the people to be unified. It is also the thing that God targeted to cause the tower of babel project to fail. Considering those two facts it’s clear that communication is the key to success.

How Bad Communication Leads To Failure

In the story of the Tower of Babel, we see an extreme example of a lack of communication causing failure. After all, they went from one language to multiple in a short period of time. But in life, even when the language remains the same there are miscommunications that cause issues.

For example, as an IT professional working with consultants from around the world I often have to schedule virtual meetings. This may seem straightforward to do. After all, simply ask if everyone is available at a certain time and that’s that. Right?

We’ll what I quickly came to learn was that not everyone is in the same timezone. Although we all speak English, missing certain details like the timezone for an international meeting leads to problems.

If you are interested in learning more about communication, see my article 5 Biblical Lessons On Communication.

In conclusion, the story of the Tower of Babel is an example of the power of unity. As believers, when we are united God is there with us and that makes us powerful. Built on top of unity, the story reminds us that all things are possible. Lastly, we looked at how communication is the key. Just like the people in the story, we’ll fail without it.