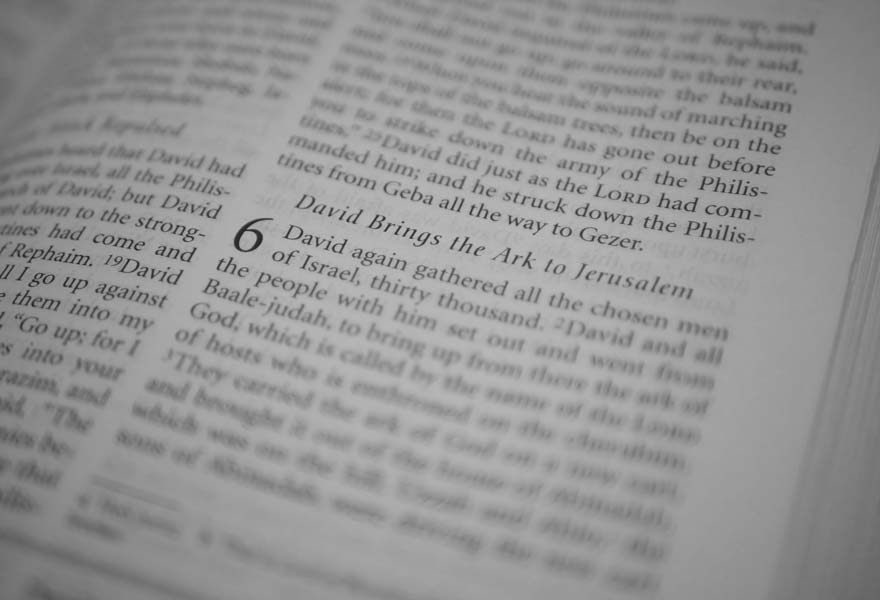 One of the most shocking stories in The Bible is David’s attempt to bring the ark back to Jerusalem. The deadly result of David’s first attempt leaves readers confused and potentially angry about what took place. But a closer look at the story brings clarity and teaches some valuable life lessons. In this article, I’ll share 3.

Summary of David Brings The Ark Back To Jerusalem

If you are unfamiliar with the story of David bringing the ark back to Jerusalem it’s found in 2 Samuel 6 and 1 Chronicles 13 and 15. At the time David wanted to bring the ark to Jerusalem it was in Baalah in Judah also known as Kiriath Jearim. With great celebration, he and all Israel carried the ark of the covenant on a new cart but then tragedy struck.

Uzzah and Ahio were guiding the ark as they carried it back. But when it stumbled, God killed Uzzah because he “reached out his hand to steady the ark” (1 Chronicles 13:9). As David later learned, only the Levites were supposed to carry the ark. Although David failed the first time, after learning why he confidently tried again and succeeded.

The 3 life lessons we can learn from the 2 Samuel 6 (David Brings The Ark Back To Jerusalem) are closely related. The lessons are ignorance does not excuse us, you can do the right thing the wrong way, and knowledge builds confidence.

Ignorance Does Not Excuse Us

Have you ever gotten into trouble because of something you did, but you didn’t know it was wrong? Maybe it was an illegal turn in traffic that caused an accident or something you ate that made you sick. Although you would have apologized or explained that you didn’t know better, did it change the result of what you did? It didn’t. Such personal experiences teach us that ignorance does not excuse us and we are reminded of it in the story of David’s attempt to bring the ark back to Jerusalem.

When David and his men were bringing the ark back to Jerusalem, The Bible states that:

6 When they came to the threshing floor of Nakon, Uzzah reached out and took hold of the ark of God, because the oxen stumbled.

7 The Lord’s anger burned against Uzzah because of his irreverent act; therefore God struck him down, and he died there beside the ark of God.

When I first read this, I was shocked that God would do such a thing. Why would God kill Uzzah when he was trying to prevent the ark from falling? After all, wasn’t that a good thing? As it turns out, Uzzah’s death was because of ignorance, and even with good intentions, it did not excuse him.

Who Should Have Carried The Ark and How

Previously, God told the Israelites how to carry the ark. Not only that, he told them who should carry it. In Exodus 25, when God gave the detailed instructions for creating the ark, he said “Then make poles of acacia wood and overlay them with gold. Insert the poles into the rings on the sides of the ark to carry it” (13-14 NIV).

The way God told them to carry the ark would have prevented it from stumbling the way it did but in ignorance of what God said “they set the ark of God on a new cart and brought it from the house of Abinadab, which was on the hill” (2 Samuel 6:3 NIV).

In terms of who should have carried the ark, after recognizing his error David confirmed it by saying “No one but the Levites may carry the ark of God, because the Lord chose them to carry the ark of the Lord and to minister before him forever” (1 Chronicles 15:2 NIV).

Our Ignorance Is To Blame

It’s easy to blame God for Uzzah’s death or similar things that happen to us in life. But it’s not God that we should blame, it’s our ignorance. Proverbs 19:3 says “A person’s own folly leads to their ruin, yet their heart rages against the LORD” (NIV). God created laws, rules, and principles that govern the world with natural benefits if they are abided by and natural consequences if they are disobeyed.

So learning from David’s deadly attempt to bring the ark back to Jerusalem, accept that ignorance does not excuse us. Even with good intentions like Uzzah, if we do something wrong there is no escaping the natural consequences.

You Can Do The Right Thing The Wrong Way

Let me ask you a question. Given that David’s attempt to bring the ark back to Jerusalem resulted in the death of Uzzah, did it mean he wasn’t supposed to bring it back? It could seem so. Sometimes when we encounter problems doing something, we can say to ourselves that it probably isn’t the right thing to do. In reality, it may not be that it’s the wrong thing to do, it may be that we are going about it in the wrong way.

God did not have an issue with David bringing the ark back. Before he attempted to move it, he consulted with his commanders and all Israel saying that they would bring it “if it seems good to you and if it is the will of the Lord our God” (1 Chronicles 13:2 NIV). They simply went wrong in the way they carried it out.

So David inquired of God again, and God answered him, “Do not go directly after them, but circle around them and attack them in front of the poplar trees. As soon as you hear the sound of marching in the tops of the poplar trees, move out to battle, because that will mean God has gone out in front of you to strike the Philistine army.”

In addition to asking God if it was His will to bring the ark back to Jerusalem, if David had asked God how to bring it back like he asked how to defeat the Philistines, he would have succeeded the first time. In 1 Chronicles 15 David acknowledges this by saying “It was because you, the Levites, did not bring it up the first time that the Lord our God broke out in anger against us. We did not inquire of him about how to do it in the prescribed way” (NIV).

Learning from this, in life, we should not only seek God’s wisdom on what we should do but also how we should do it. Only seeking the “what” can lead us to attempt the right thing in the wrong way. No matter what it is, don’t consider anything too small to seek God’s advice about how it should be done.

Seek his will in all you do, and he will show you which path to take.

David’s failure caused him to lose confidence and as a result “He did not take the ark to be with him” (1 Chronicles 13:13 NIV). But something happened between David’s first attempt in 1 Chronicles 13 and his second attempt in 1 Chronicles 15. After wondering how we could ever bring the ark back to Jerusalem at the end of chapter 13, the beginning of chapter 15 shows him confidently preparing to do so. What made the difference? He learned why they failed the first time.

To appreciate how confident David was, read 1 Chronicles 15. He gave detailed instructions on what to do.

Like David, have you ever lost confidence because of a failure? Do you want to be more confident in general? As we see with the story David and the ark of the covenant, knowledge will help you build confidence. When you fail, instead of giving up, study where you fell short. What you discover will help you come back stronger. In general, learn as much as possible about how life works. The more you know, the more confident you’ll live.

The wise are mightier than the strong, and those with knowledge grow stronger and stronger.

David bringing the ark back to Jerusalem is truly an eye-opening story. The life lessons it teaches help us to be more careful and dependent on God’s direction in life. To recap, the lessons you learned were ignorance does not excuse us, you can do the right thing the wrong way, and knowledge builds confidence.

One reply to 3 Life Lessons From 2 Samuel 6: David Brings Ark To Jerusalem