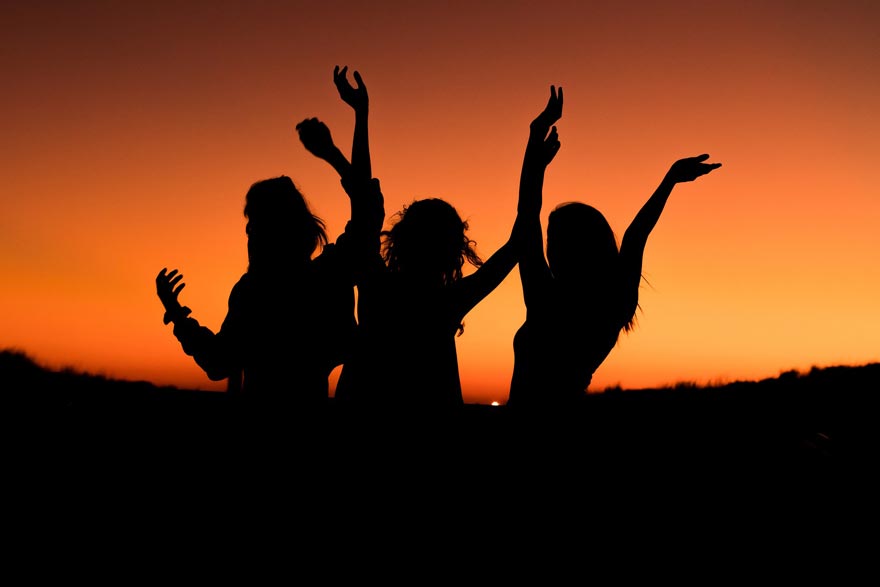 The Bible is filled with stories of amazing women whose names were not stated. But what made many of them worth sharing was not their names, but the things they did or the impact they had. In this article, I’ll highlight 3 unnamed women of The Bible and a lesson we can learn from each of their stories.

The unnamed women of The Bible are:

The Woman With The Issue of Blood

The first unnamed woman of the bible we can learn from is The Woman With The Issue of Blood. She teaches us that it’s necessary to fight for what we want in life.

Fight For What You Want

So how is it that The Woman With The Issue of Blood teaches us to fight for what we want in life? Well, The Bible says “as Jesus was on his way, the crowds almost crushed him” (Luke 8:42 NIV). The Woman With The Issue of Blood didn’t pray and hoped that Jesus would notice her. She didn’t even ask him to heal her. Instead, she fought her way through the crowd to touch him.

Similarly, we believers must learn to fight for what we want in life. We may think that everything God wants to give us should come easy, but that’s not always the case. A great example of this is the Israelites and the promised land. Although God promised them the land, they still had to fight for it. Sadly, when it was time to fight to acquire it, most of them were too afraid and an entire generation missed out on experiencing it.

So if you are letting a little resistance keep you back, remember the crowd that was between The Woman With The Issue of Blood and Jesus. Like she did, start moving in faith and don’t let the need for a fight keep you from getting what God may want to give you.

Next up on the list of unnamed women of the bible is The Canaanite Woman. One of the lessons her story teaches us is that things aren’t always what they seem.

If you are unfamiliar with her story, it’s found in Matthew 15:21-28. In summary, she had a demon-possessed daughter and she pleaded with Jesus to heal her. For a while, Jesus resisted because she was a Canaanite, but in the end, her faith caused him to grant the request.

So how is it that The Canaanite Woman’s story teaches us that things aren’t always what they seem? Well, each time she pleaded with Jesus to heal her daughter, Jesus’ reply suggested that the answer was no.

When she started to plead The Bible says “Jesus gave her no reply, not even a word” (Matthew 15:23a NLT). If you asked someone for something and they didn’t answer you at all, wouldn’t you take it as a no? Well, the Canaanite Woman didn’t see it that way. She continued to plead.

Then Jesus told her “I was sent only to help God’s lost sheep—the people of Israel” (‭‭Matthew‬ ‭15:24‬ ‭NLT). Surely as a Canaanite she would have got the point this time. But no, that didn’t stop her.

Finally Jesus told her “It isn’t right to take food from the children and throw it to the dogs” (‭‭Matthew‬ ‭15:26‬ ‭NLT‬‬). I don’t know about you, but at this point I think the message was clear. But in response the Canaanite Woman said “Even the dogs eat the crumbs that fall from their master’s table” (Matthew 15:27 NIV). Her response inturn caused Jesus to grant her request.

Don’t Make Conclusions Based On How Things Seem

Learning from this, don’t make conclusions based on how things seem. Making assumptions is one of the main things that keep us back in life. At no point did Jesus explicitly say no to the Canaanite, but it sure seemed that way. What thing in your life seems one way but may not? What are the possibilities if you approached that thing as if it was not how it seemed?

The Samaritan Woman At The Well

The last unnamed woman of the bible we’ll take a lesson from is The Samaritan Woman. She reminds us that our words have power.

If you are unfamiliar with The Samaritan Woman At The Well, her story is found in John 4:1-42. In summary, she was a woman Jesus met and prophesied to at a well. When she returned to the people of her town, The Bible states ‘Many of the Samaritans from that town believed in him because of the woman’s testimony, “He told me everything I ever did” (John 4:39 NIV).

Your Words Have Power

So how is it that The Samaritan Woman reminds us that our words have power? Well, The Bible says many believed because of her testimony. It didn’t matter that the people may have known she had 5 husbands and was currently living with a man she wasn’t married to. It also isn’t likely that she was attempting to persuade them to believe in Jesus. We just see that many believed because of what she said.

That’s how powerful our words are. In The Samaritan’s Woman’s story, we see a positive result of the power of our words. But Proverbs 18:21 states that “The tongue can bring death or life; those who love to talk will reap the consequences” (NIV). This indicates that our words can also be destructive.

Keep this lesson in mind whenever you speak. Remember that sharing your story can change people’s lives for the better. Similarly, the things you say can lead them astray.

These were just a fraction of the unnamed women in The Bible and some lessons we can learn from them. The Woman With The Issue of Blood teaches us to fight for what we want, the story of the Canaanite Woman teaches us that things aren’t always what they seem, and The Samaritan Woman At The Well reminds us that our words have power. I hope you found these unnamed women inspiring and the lessons I shared from them informative.

Filed Under: Bible Characters, Lessons Tagged With: The Canaanite Woman, Woman At The Well, Woman With The Issue of Blood