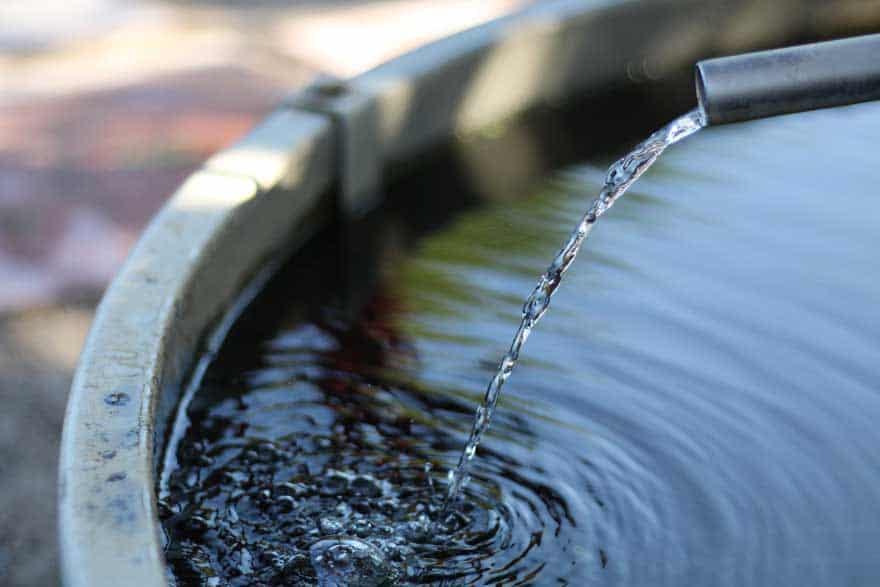 In the story of the woman at the well (also known as The Samaritan Woman) found in John 4:1-42, there are 4 lessons that can help improve your interaction with others and inspire you to pursue God’s will for your life. Those lessons are:

Before going into the details of each of these lessons, here is a brief summary of the woman at the well if you are unfamiliar with it.

Summary of The Woman At The Well

At a time when Jews didn’t want to have anything to do with Samaritans, Jesus, a Jew and tired from his journey asked a Samaritan woman for something to drink when she came to draw water from a well. During their conversation, Jesus tells her about her past, events to come and offers her water that wouldn’t make her thirst again. With excitement, she returned to her town and told the people about Jesus. Many believe in him because of her testimony, and Jesus who was tired appears to be nourished by the event.

Interact With People That Are Different

This first lesson we’ll look at is based on what the woman at the well told Jesus when he asked her for a drink. She said to him “you are a Jew and I am a Samaritan woman. How can you ask me for a drink?” (John 4:9 NIV). She asked because at that time Jews refused to have anything to do with Samaritans (John 4:9 NLT).

Jesus did what many of us avoid doing. He started a conversation with someone that was different. Not only was she a Samaritan, whom his own people did not associate with, but she was also a woman which appears to be unusual since the Bible states that his disciples were surprised to find him talking to her (John 4:27).

At the end of the conversation, the woman at the well went back to her town to tell the people about Jesus and many of them believed because of her testimony. That positive result would have not happened if Jesus avoided her because she was a Samaritan.

Learning from this, we should also interact with people that are different. Sometimes we make judgments based on how others look or what we hear about them and it leads us to make conclusions that are in many cases false. I’ve had many experiences of this. In one case a guy with tattoos and dreadlocks started attending the church I attend. My first reaction was that this guy was rough and might have been a gangster. But after getting to know him he turned out to be well-spoken and gentle.

So whenever judgemental thoughts arise and you find yourself avoiding people because of it, remember the woman at the well and how Jesus ignored the fact that she was a Samaritan and started a conversation with her. A conversation that ultimately led to many people being saved.

We Talk About What Excites Us

Another lesson that stands out about the woman at the well is how we tend to talk about what excites us. After Jesus revealed to the woman at the well that he was the Messiah, The Bible states that “leaving her water jar, the woman went back to the town and said to the people, ‘Come, see a man who told me everything I ever did. Could this be the Messiah?” (John 4:28-29 NIV).

It is said that the woman at the well came to the well around noon when it was less ideal to draw water in an effort to avoid people. However, after her experience with Jesus, she was so excited to share it that she left her water jar at the well to tell the same people she may have been trying to avoid.

We all can relate to the woman at the well’s behavior due to her excitement. At one point or another, you likely got so excited about something that you couldn’t stop talking about it. As a believer, one of those times may have been the day you got saved. Just like the woman at the well, you may have been so excited that you were eggar to talk about your newfound faith in Jesus Christ.

We don’t know what happened later on with the woman at the well but it seems like in time our excitement dwindles and sharing our faith dies with it. When this happens, we find it hard to talk about our faith resulting in us sharing it little or not at all.

By understanding that it’s our excitement for a subject that drives us to talk about it, we can reignite our excitement for the things of God so that we share him more. Like we see with the woman at the well, with the right amount of excitement, we may even find ourselves sharing our faith with people we’ve been trying to avoid.

Our Words Have Power

The next lesson we can learn from the woman at the well is that our words have power. This lesson goes hand in hand with the last lesson. When the woman at the well told the people in her town about Jesus, The Bible states that ‘Many of the Samaritans from that town believed in him because of the woman’s testimony, “He told me everything I ever did” (John 4:39 NIV). Notice, it was what the woman said that led the people to believe. That’s powerful!

Similarly, what Jesus said throughout the encounter not only changed the woman at the well’s life but The Bible states that “because of his words many more became believers” (John 4:41 NIV).

Considering how powerful words can be, we should not hesitate to share our testimony. Our testimony has the power to lead many people to the truth. So let’s learn from the impact the woman at the well’s testimony had on her town and take every opportunity to share ours.

Our Words Can Be Destructive

Additionally, the power of our words to change lives for the better can also change them for the worst if we say the wrong things. Proverbs 18:21 states that “The tongue can bring death or life; those who love to talk will reap the consequences” (NIV). So in addition to taking every opportunity to tell people things that can change their lives for the better, avoid saying things that can bring people down.

Doing The Will of God Fulfills Us

Jesus was not only tired but likely hungry before he met the woman as The Bible states that his disciples asked each other “Could someone have brought him food?” (John 4:33 NIV). So something changed after he spoke with the woman at the well. The next verse tells us what. ‘“My food”, said Jesus, “is to do the will of him who sent me and to finish his work’ (John 4:34 NIV).

This reminded me of the scripture Jesus quoted when he was being tempted by the devil. In response to the devil tempting him to turn stones into bread, he said “It is written: ‘Man shall not live on bread alone, but on every word that comes from the mouth of God” (Matthew 4:4 NIV).

Do you ever remember getting so caught up in an activity that you forgot you were hungry? I do when I write sometimes. When we’re caught up in our purpose as Jesus was with the woman at the well it gives us energy. I wonder if the woman ever got around to giving Jesus something to drink…

Do God’s Will For Your Life

So let’s accept this lesson that Jesus teaches through his encounter with the woman at the well. Let’s do God’s will for us collectively and finish the work he assigned to each of us individually. We are most fulfilled when we are carrying out our purpose.

The story of the woman at the well has many lessons. In this article, you learned that we should interact with people that are different, we talk about what excites us, our words have power, and that doing the will of God fulfills us.