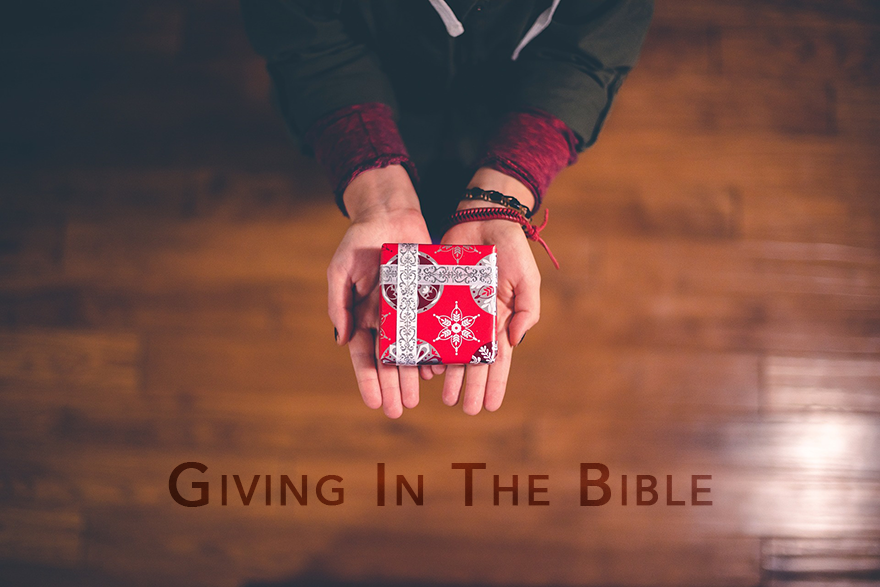 One of the greatest characteristics believers should have is being generous. For this reason it’s no surprise that The Bible speaks about giving numerous times. Based on some of those scriptures, in this article I’ll expand on these 3 biblical lessons on giving:

Give For The Right Reasons

The Bible teaches us that we should give for the right reasons. It should be done in a way that God gets the glory and in which we are later rewarded.

Don’t Give For People’s Attention

The primary way we can give for the right reasons is by not seeking people’s attention when we give. Jesus in Matthew 6:1 stated plainly “Be careful not to practice your righteousness in front of others to be seen by them…” He then went on to say:

He starts with “be careful” because as you may know it’s easy to find ourselves giving so that others recognize us. We may not confess it, but deep within our hearts, we may want it.

If you are familiar with the scripture that says “let your light shine before others, that they may see your good deeds and glorify your Father in heaven,” (Matthew 5:16) what Jesus said about giving in Matthew 6 may seem contradictory. On one hand, others should know about the good works we do, but on the other hand, we shouldn’t request that they come to witness our giving.

I believe the secret to fulfilling both is found in what Jesus did. First, he let his light shine by doing what God sent him to do. That is, we should take action and not keep our faith secret. But then when Jesus did good deeds such as miracles, he often told people not to tell anyone. Inevitably, the people who were thankful for what He gave them couldn’t keep it a secret and shared it anyway.

So we should aim to give so that God gets the glory and let each act of giving speak for itself.

An Example of Giving For People’s Attention

You may have heard of the story of Ananias and Sapphira, a new testament couple who didn’t give for the right reasons. During a time when believers were selling their possessions to give to those in need, they decided to sell their property and gave some of the money as if it was all. In the end, they both died for lying about it.

I wrote an article about them entitled, 3 Life Lessons From Ananias and Sapphira if you want to learn more from their story. The first lesson from it, “Don’t Try To Impress Others”, expands on this point.

Give Quality Over Quantity

Another lesson from The Bible on giving is that God prefers quality over quantity. From a distance, these two words look the same, but their meanings in the context of giving have an important distinction.

If you are unaware, quality has to do with how good something is whereas quantity has to do with the amount. To further explain the difference between quantity and quality let’s use a monetary gift as an example. James has $100 and John has $1,000. James gives $90 out of his $100 and John gives $500 out of his $1,000. In terms of quantity, it’s no disputing that John gave more money. But in terms of quality, James gave better because he gave 90% of what he had whereas John gave 50%.

The Poor Widow That Gave More

With an understanding of quality and quantity, what Jesus once said about a poor widow’s gift is clear. After observing the poor widow give two very small copper coins while others gave large amounts, he told his disciples:

“Truly I tell you, this poor widow has put more into the treasury than all the others. They all gave out of their wealth; but she, out of her poverty, put in everything—all she had to live on.”

See my article 3 Lessons To Learn From The Widow’s Offering to get more details on this point from that story’s perspective.

Give In The Right Circumstances

The last biblical lesson on giving we’ll look at is giving in the right circumstances. You may be thinking that there is never a circumstance when we shouldn’t give, but according to scripture there surprisingly is.

Give When Living In Obedience

You may have heard the saying “obedience is better than sacrifice”. This saying comes from what Samuel said to Saul after God instructed Saul to destroy the Amalekites and all their possessions. Since Saul decided to keep some of the possessions and offer some to God as an offering, Samuel said:

Samuel gave insight into God’s mindset, showing us that God prefers us to obey him over giving to him. Sometimes we can knowingly live in a state of disobedience yet continue to give to God as though it’s still acceptable. It’s not.

Be In Peace With Others Before Giving

Another circumstance we should be in before we give is at peace with others. After teaching about murder and anger, Jesus said:

“Therefore, if you are offering your gift at the altar and there remember that your brother or sister has something against you, leave your gift there in front of the altar. First go and be reconciled to them; then come and offer your gift.”

In this scripture, Jesus directly states that we shouldn’t offer any gifts when things aren’t well between us and another believer. In case you missed it, He even places the responsibility on us even though the brother or sister has something against us rather than us against them.

In God’s eyes, giving seems to be the icing on the cake in our relationship with him. By that I mean, we should place a greater value on his other commands before we seek to offer him anything. If you think about it, would you accept a gift from someone who is actively disrespecting you? I hope not. If we wouldn’t as humans, why would God!

On that note, I end this article with a reminder that everything belongs to God. With a genuine understanding of that, giving for the right reasons becomes natural. Giving as much as we can becomes easier. And giving under the circumstances he desires is the wise thing to do.

Related article: 5 Biblical Examples of Giving To Learn From