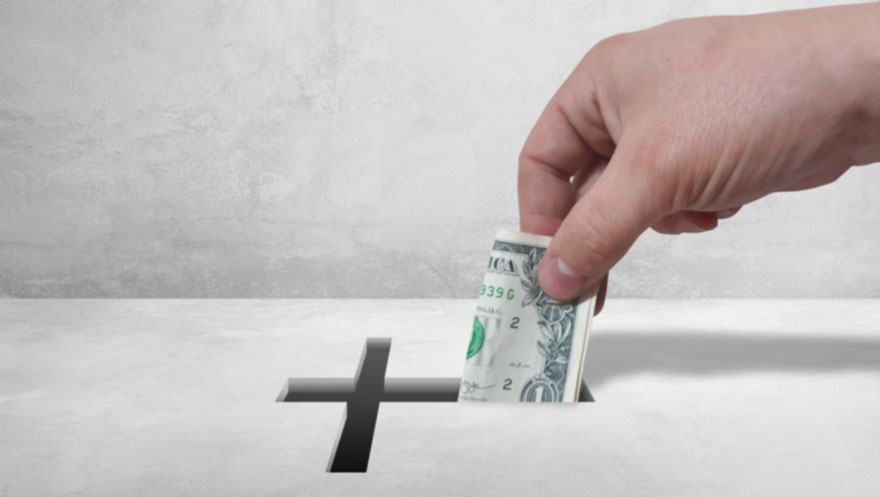 It was just another day near the temple. While people were giving their offerings Jesus noticed the small amount of money a widow gave compared to the rich. What Jesus said in response was so significant that it had to be included in The Bible. What did he say? He said, “this poor widow has put in more than all the others.” If you’re unfamiliar with the story of the widow’s offering, it’s also referred to as the widow’s mite and it is found in Luke 21:1-4. Since the passage is only four verses long, here it is for quick reference:

So what are some lessons to learn from the story of the widow’s offering? In God’s eyes, quality is more important than quantity, standing out to people isn’t always standing out to God, and only God can truly judge. These lessons are related and complement each other in their application. Let’s look at each of them in more detail.

Quality Is More Important Than Quantity

In terms of their spelling, quality and quantity look about the same, but in God’s eyes quality is more important than quantity. As you probably know, quantity has to do with the amount whereas quality has to do with how good something is.  In regards to the story of the widow’s offering, the rich were putting more money into the temple’s treasury in terms of quantity, but in terms of quality, the widow gave more. That’s why Jesus said, “this poor widow has put in more than all the others” (Luke 21:3 NIV).

The Reason The Widow’s Offering Was More Than The Others

So why is this a lesson to learn? First, let’s address why the widow’s offering was more in terms of quality. The answer is found in verse 4. Jesus said, “All these people gave their gifts out of their wealth; but she out of her poverty put in all she had to live on” (NIV). In regards to giving, the quality of our gifts is determined by how much we give out of what we could give. In other words, the greater the percentage, the greater the quality. The widow gave 100%.

What It Means For Us

Now back to why this is a lesson to learn. It is a lesson to learn because, in our doings for God, we sometimes get distracted by focusing on quantity rather than quality. For instance, we may say to ourselves we’re going to read one chapter of The Bible a day. That may seem good on the surface, but what if we read that chapter as quickly as possible and no further thought is placed into what it means?

Would that be more than, let’s say, reading a few verses a day and spending time thinking about what God wants us to get from it? Surely in this context, it’s better to read a few verses. At the end of the day, God wants us to do his word, not just read or listen to it (James 1:22), and taking our time to soak it in helps us do that even if it means reading less of it.

In addition to what you give God and how you read His Word, think about your life and where you might be focused on quantity rather than quality. Are you quickly saying a prayer rather than praying authentically? Are you attending a lot of church services, but not truly fellowshipping with other believers? Even outside of your faith, are you always busy but don’t seem to be accomplishing anything? As we see in the story of the widow’s offering, quality is more important than quantity. Let’s not deceive ourselves by doing more rather than doing better.

In the story of the widow’s offering, there is a good chance that Jesus commented on what the widow gave compared to the rich people because the rich were attracting attention by what appeared to be significant gifts. But as you know, their gifts weren’t as significant as the poor widow’s mite in the eyes of God. This is why another lesson to learn is standing out to people isn’t always standing out to God.

Similar to how we can sometimes get distracted by focusing on quantity rather than quality, we can get distracted by doing things that get people’s attention at the expense of being recognized by God. This shouldn’t be a big surprise. Jesus taught multiple lessons that highlight this.

For example, when praying, Jesus said “do not be like the hypocrites, for they love to pray standing in the synagogues and on the street corners to be seen by others” (Matthew 6:5 NIV). As for fasting Jesus said “do not look somber as the hypocrites do, for they disfigure their faces to show others they are fasting” (Matthew 6:16 NIV). When Samuel thought one of Jesse’s sons was the next king because of how he looked, God disagreed saying “People look at the outward appearance, but the Lord looks at the heart” (1 Samuel 16:7 NIV).

You Don’t Need To Stand Out To People

So, know that you don’t necessarily need to stand out to people to stand out to God. In many situations, like the poor widow, giving your best get’s more attention from God although it appears insignificant to people.

Be sure to fall in the category of those Jesus said during the judgment will wonder when they did good things for God when it was the seemingly small things they did for others (Matthew 25:34-40). Because for some believers that are standing out, Jesus said many will say “Lord, Lord, did we not prophesy in your name and in your name drive out demons and in your name perform many miracles?” (Matthew 7:22 NIV), but to them, his response will be “I never knew you. Away from me, you evildoers!” (Matthew 7:23 NIV).

Remember, do your best, whatever that looks like. People don’t have to see it as big for it to be big in God’s eyes.

Only God Can Truly Judge

The last lesson to learn from the story of the widow’s offering is only God can truly judge. While the poor widow and the rich were giving to the treasury, by their appearance it might have been obvious that the widow was poor and the rich people were rich.

How is this so? Imagine a race where you only get to see when the runners cross the finish line. With just that perspective, your only choice of judging who ran the fastest would be based on who you saw cross the finish line first. But, what if after deciding who ran fastest you learned that that same person had a significant head start? Wouldn’t that change your interpretation of what you saw at the finish line?

In life, we all start out in different circumstances. Circumstances that only God can fully see. When we get to an event like where the widow was giving her offering, people make their conclusions from what they see at that point in time. Such conclusions are inaccurate because they don’t and would never see the bigger picture. Only God sees the bigger picture and that’s why only He can truly judge.

What can you take away from this? As the people observing the poor widow may have, don’t judge others. Coming to a logical conclusion based on what we understand of a situation isn’t enough. There is always a bigger picture that only God can see.

As you’ve seen, the story of the poor widow’s offering has lessons that made it worth sharing by Luke. It teaches us that in God’s eyes, quality is more important than quantity, standing out to people isn’t always standing out to God, and shows us why only God can truly judge. As wise believers, let us always remember and apply these lessons to our lives.