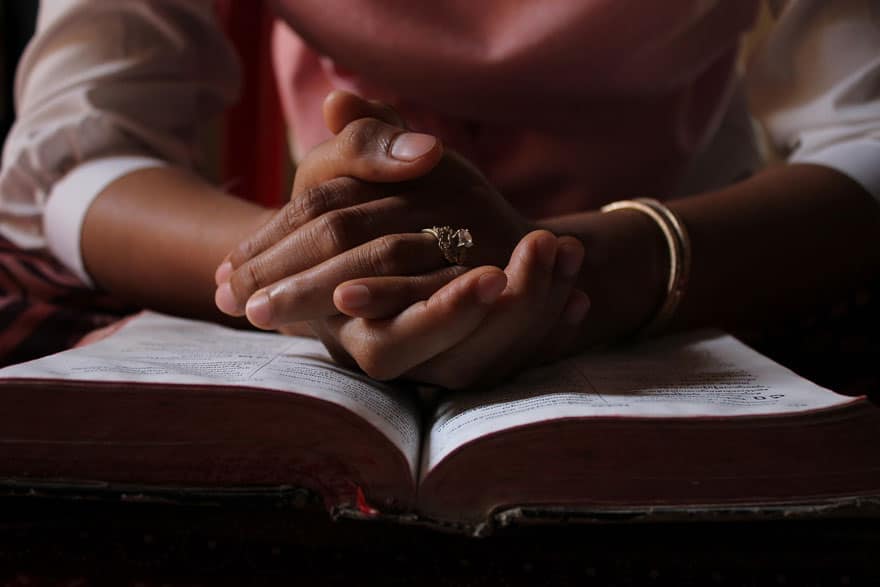 One of the most shocking stories in the book of Acts is the story of Ananias and Sapphira (Acts 5:1-11). They were a married couple that sold their property and gave a portion of the purchase price to help those in need as if it was all the money they received. Because they lied, they immediately died, teaching us one of the most important lessons taught from their story; we can lie to others, but we can’t lie to God.

There are also some life lessons we can learn from Ananias and Sapphira. They are Don’t Try To Impress Others, Things Aren’t Always What They Seem, and The People Closest To You Will Influence You.

In this article, we’ll look at each of these life lessons in more detail.

Don’t Try To Impress Others

Before Ananias and Sapphira sold their property and gave a portion of the money towards those in need, The Bible states that “from time to time those who owned land or houses sold them, brought the money from the sales and put it at the apostles’ feet, and it was distributed to anyone who had need” (Acts 4:34-35 NIV). So they weren’t the first to decide to sell their property and give the money away and were likely motivated to sell theirs because of the others that did before them.

One of the other believers that gave was a man named Joseph whom the apostles called Barnabas, which means son of encouragement (Acts 4:36). He is contrasted with Ananias and Sapphira and may have been the couple’s main motivation for selling their property. Unlike Joseph, however, they lied about the amount they received from selling their property indicating that they were more interested in impressing others rather than helping those in need.

Trying To Impress Others Leads Us To Do Wrong

The same desire to impress others that led Ananias and Sapphira to lie is the same desire that leads many people to do the wrong things. For example, attempting to appear rich may lead people to borrow money to buy things they can’t afford or even steal to do the same thing. They may not even want to do a certain thing, but the recognition it promises leads to placing their preferences aside. It’s like when I was a teenager. I remember drinking a bear just to look cool, even though I found the taste awful!

This next lesson from Ananias and Sapphira encourages us to think before we make conclusions. The outsiders looking at Ananias and Sapphira’s great act of generosity would naturally come to the wrong conclusions because they wouldn’t have known what the couple truly did. They might have thought to themselves that they aren’t as generous because they weren’t capable of doing something similar. That feeling and similar feelings that we might feel because we think we aren’t as good as someone else might turn out to be based on a lie. In other words, things aren’t always what they seem.

Ananias and Sapphira may have fallen for this trap themselves by seeing others sell their properties and giving the money to those in need. Maybe they weren’t as well off as the others, but thinking that they should be just as capable pushed them to sell their property tempting them to lie about it.

In the same way that Ananias and Sapphira appeared to do more than they truly did, we may see things in life that aren’t completely true. For example, we may notice someone get a fancy car that is the same age as us or have a similar job to ours. Without knowing that it was a gift from their wealthy parents or that they got it through a loan they can barely afford, we may feel bad about ourselves and make the mistake of getting a fancy car that’s out of our means.

So whenever you witness something that makes you feel left out and wanting to fit in, remember that things aren’t always what they seem. Ananias and Sapphira made it seem like they were doing something greater than they were, but it wasn’t real.

The People Closest To You Will Influence You

One thing that stands out with Ananias and Sapphira is that both of them agreed to lie about the amount of money they received from selling their property. The Bible says “Ananias, together with his wife Sapphira, also sold a piece of property. With his wife’s full knowledge he kept back part of the money for himself, but brought the rest and put it at the apostles’ feet” (Acts 5:1-2 NIV). As you may know, Ananias fell and died after Peter told him he lied to the Holy Spirit. And showing that Sapphira had the same heart as her husband, unaware of what happened to him, she lied to the Holy Spirit and died as well.

This goes to show that one of them had a negative influence on the other or both of them initially having the wrong heart reinforced each other’s bad character. As a married couple, Ananias and Sapphira would have been the closest to each other teaching us that the people closest to us will influence us. In correcting some believers who started to say there is no resurrection of the dead, Paul made the same point. He said ‘Do not be misled: “Bad company corrupts good character” (1 Corinthians 15 NIV).

People Can Influence You To Do Good

Proverbs 13:20 says “Walk with the wise and become wise, for a companion of fools suffers harm” (NIV). We should be careful of the people who we let get close to us and be extremely careful of the person we marry. As we see with Ananias and Sapphira, for better or for worst the people closest to us will influence us.

Ananias and Sapphira are an example of what we shouldn’t do as wise believers. After noting that we can lie to others, but we can’t lie to God, I shared 3 life lessons we can learn from their story. Those lessons were Don’t Try To Impress Others, Things Aren’t Always What They Seem, and The People Closest To You Will Influence You. All the best as you start applying these lessons to your life.

9 replies to 3 Life Lessons From Ananias and Sapphira