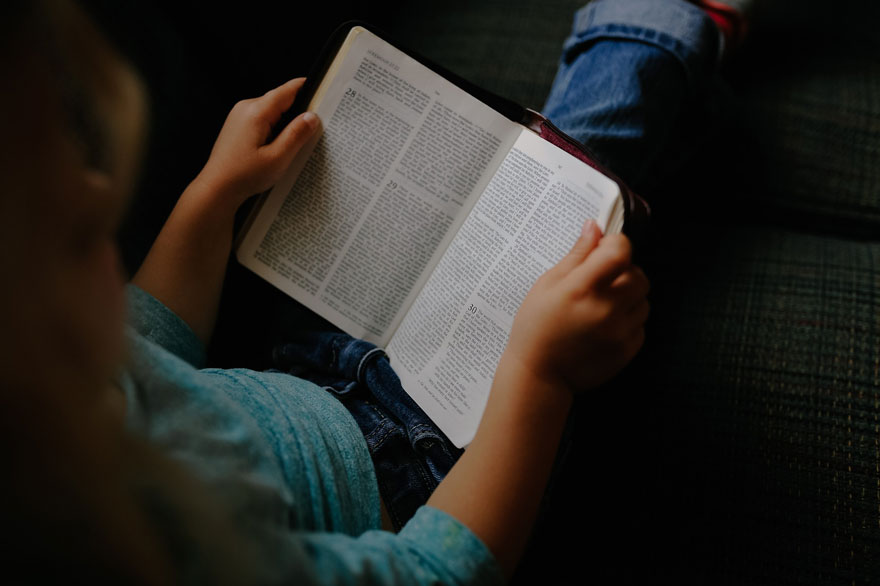 When you hear “God’s Laws”, the first thing that may come to mind are the 10 Commandments. While those are indeed God’s laws, his laws go beyond those. If God is the creator of the world, all laws, whether it be natural laws, laws of physics, laws of success, or spiritual laws, are all his. With that in mind, here are three things you should know about God’s laws.

God’s Laws Have No Respect For People

Imagine that a family member of yours had an accident. Without any hesitation, you decide to take that family member to the hospital. On the way you encounter a red light and instead of stopping, you quickly look both ways and continue driving. Did you or did you not break a law?

Of course you did! But as anyone would argue, you did it for good reason. Traffic lights are a man-made law, which has different implications than God’s laws. The reason I gave that example is to separate obeying a law from having good intentions. In other words, God’s laws don’t have any respect for people.

Uzzah’s Death Due To Ignorance of God’s Law

An excellent example of this truth in The Bible is found in 1 Chronicles 13. David decided to bring the Ark of The Covenant back to Jerusalem but while bringing it back a deadly accident occurred.

When they came to the threshing floor of Kidon, Uzzah reached out his hand to steady the ark, because the oxen stumbled. The Lord’s anger burned against Uzzah, and he struck him down because he had put his hand on the ark. So he died there before God.

Anyone who reads this story would find this unsettling. Why would God kill someone for doing a good thing? Even David was angry and afraid of God as a result. The reason this happened, as it turns out, was that God had given a law earlier that only the Levites should carry the Ark of God. Uzzah and by extension David were ignorant of this and suffered the deadly consequences. The law had no respect for anyone.

Another biblical example of God’s laws having no respect for people is when God instructed the Israelites to meet him near Mount Sinai. The story is found in Exodus 19. The point to note about God’s instructions is found in verse 12. He said “Mark off a boundary all around the mountain. Warn the people, ‘Be careful! Do not go up on the mountain or even touch its boundaries. Anyone who touches the mountain will certainly be put to death.’” (NLT).

God gave an explicit warning of what would happen to anyone that touched the mountain. The law of God’s holy nature would not permit anyone to live if they did. It would have not been in God’s will for anyone to die for touching the mountain, but anyone that ignored his warning would have. Later in verse 21, God repeats the warning by telling Moses to “go back down and warn the people not to break through the boundaries to see the Lord, or they will die” (NLT), further emphasizing the significance of God’s laws not having any respect for people.

No matter who you are, good intentions, ignorance, or anything will not put you above God’s laws. You must be careful to learn God’s laws to avoid disobeying them and suffering the consequences.

God’s Laws Do Not Change

The next thing you should know about God’s laws is that they do not change. Jesus said, “Heaven and earth will pass away, but my words will never pass away” (NIV). Since God laws do not change, it means that if ever you have an issue where your life isn’t’ working out as a believer, the issue isn’t God’s word, it’s you. Check yourself out.

The earlier example of what happened to Uzzah reiterates the fact that God’s laws do not change. It was many years since God first instructed the Israelites on how to handle the Ark, but as the consequences showed, the law still stood. David, who was angry and afraid of God because of the event later realized this when he said “No one but the Levites may carry the ark of God because the Lord chose them to carry the ark of the Lord and to minister before him forever” (NIV).

In a world where it seems like more and more lifestyles contradict God’s laws, believers must pay even more attention to the laws God firmly established. Who truly knows how many issues people are facing in life that they may think is normal but are due to neglecting God’s laws? Proverbs 19:3 states that “People ruin their lives by their own foolishness and then are angry at the LORD.” (NLT).

A Benefit of God’s Laws Not Changing

God’s laws not changing may seem inflexible, but the never-changing attribute of his laws means they can be depended on. Like a house built on rock, you can build your life on top of his laws. When you meet the criteria of his blessings, you can be sure you’ll get them no matter who you are.

The grass withers and the flowers fall, but the word of our God endures forever.

In the same way, you gain confidence when you know something, knowledge of God’s laws builds faith. Remember David who was angry and afraid of God after what happened to Uzzah? Although he was puzzled by the accident and asked “How can I ever bring the ark of God to me?” (1 Chronicles 13:12 NIV). After understanding that only the Levites were allowed to carry the ark, 1 Chronicilces 15:3-28 describes David doing exactly what needed to be done to bring the Ark of God back to Jerusalem. He confidently tried again.

It’s easy to conclude that an issue you may be experiencing is due to some mysterious reason out of your control, but in reality, it may be due to a lack of knowledge. A pastor once shared a funny story of how the Devil was once found in a corner crying. When asked why he was crying, the Devil said “everyone keeps blaming me for things I didn’t do.” Do you often find yourself blaming the Devil?

When you label things as mysterious, you keep yourself from learning the reasons why they are the way they are. As you understand more of God’s laws you will find that many things in life aren’t as mysterious as they first appeared. That knowledge will build your faith and cause you to live more confidently.

Somethings Will Never Be Understood

Note that some things in life can never be understood. That shouldn’t keep you from seeking answers but serve as a warning that somethings will require complete trust in God. Stories like Job, who was doing everything right but still was struck by disaster can seem to have no possible justification. But, like children who don’t understand everything their parents decide for them, we must simply trust God.

There you have it. Three things you should know about God’s laws. They are no respecter of persons, never changing and knowledge of them builds faith. You can find joy in each of those points. As no respecter of persons, you can be sure you’ll be blessed by them if you meet the criteria. Since it’s never changing, you have something firm to go by in this unstable world. Being the source of answers for many of life’s mysteries, you can live more confidently by studying them.