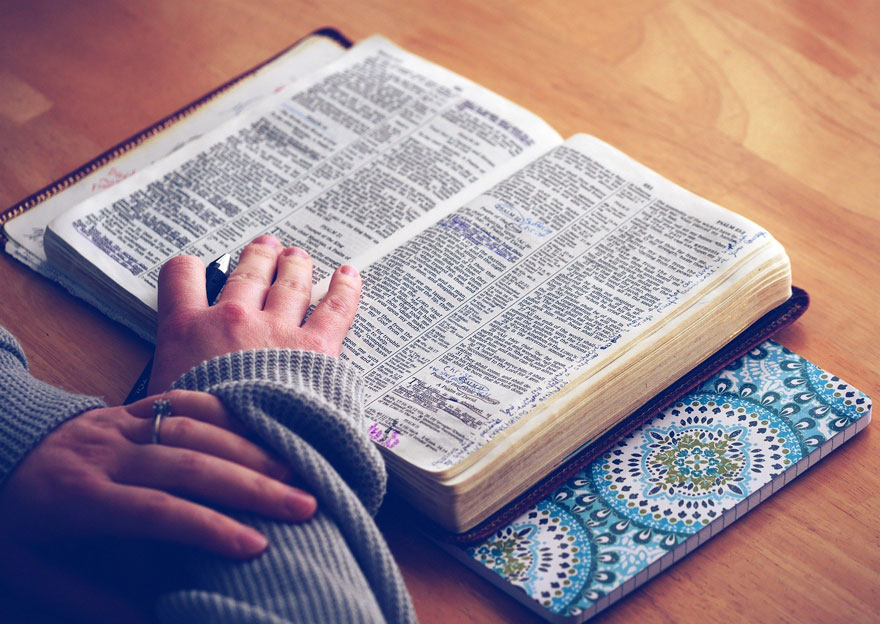 We all want to be successful in life. It’s as if that desire is deep down within us all. As a believer, there is nothing wrong with being successful. I had my own struggles with it until I discovered the true meaning of success and God’s thoughts on it. In this article, I share some of my discoveries.

God Wants You To Succeed In Life

According to The Bible, success in life is what God desires for all of us. Just like a manufacturer wants a product they create to be successful, God wants us, his creation to be successful.

For those who make it known that they are a believer, their success is even more important to God. I believe the greatest example of this truth is found in the story of the Israelites.

The Reason Behind The Success of The Israelites

As you probably know, in the biblical account of the Israelites, they were stubborn people. After many of the miraculous things God did for them, they continued to lack trust by serving other gods and frequently preferring to return to slavery. Despite all of this, God continued to be patient with them, forgave them, and made them successful. Do you know the main reason why he did? It was because his reputation depended on it.

Although God is incredibly patient, at one point, referring to the Israelites, God told Moses “they are a stiff-necked people” and to “leave me alone so that my anger may burn against them and that I may destroy them” (Exodus 32:9-10 NIV). God was ready to destroy them because of their sins, but as the following verses show, he didn’t because Moses said: “Why should the Egyptians say, ‘It was with evil intent that he brought them out, to kill them in the mountains and to wipe them off the face of the earth’”? In other words, destroying them wasn’t good for God’s reputation and so he didn’t.

In another place, after promising to make them successful, God told the Israelites “it is not for your sake, people of Israel, that I am going to do these things, but for the sake of my holy name, which you have profaned among the nations where you have gone” (Ezekiel 36:22 NIV). These verses clearly show that God cares about his reputation. Because of this, as a believer, your success in life is important to him. If you claim to be His child and you aren’t succeeding in life, it doesn’t make him look good.

Your Success In Life Attracts People To God

I showed that God wants us to be successful in life because he wants to have a good reputation. To further this point, your success, and God’s good name because of it, is what grants you influence in the lives of others, leading them to know God. This is precisely what God desires (2 Peter 3:9 NIV). Take Joseph for example, after his brothers sold him into slavery, the bible says “The LORD was with Joseph, and he became a successful man” (Genesis 39:2 ESV). As a result of that success, his master “made him overseer of his house and put him in charge of all that he had” (Genesis 39:4 ESV).

As a representative of God, God then made Joseph successful in interpreting Pharaoh’s dreams, which not only led to Joseph saving his family from starvation but to God’s name gaining more respect in Egypt. An important point to note about Joseph’s example is that he gave credit for his success to God. When Pharaoh said, “I have heard that when you hear about a dream you can interpret it”, Joseph said, “It is beyond my power to do this…But God can tell you what it means…” (Genesis 41:15-16 NLT).

From these examples, we can take comfort in knowing that God wants us to succeed in life. As followers of God, our success makes us influential and when it is known that our success is because of God, it attracts people to him.

Your Success In Life Is Up To You

In the last section, I showed that God wants us to be successful in life. But just because he wants us to, doesn’t mean we’ll automatically be. According to The Bible, our success in life is up to us. How is this so? When God created the world, he established guidelines that if followed guarantees our success and if ignored guarantees our failure.

Many of the promises God makes in The Bible are conditional. That is, he says something like “if you do this, then I’ll do that.” The first example of this was the commandment to eat of any fruit of the garden except the fruit from the tree of the knowledge of good and evil. He said if they do, they would surely die. Deuteronomy 28 is another example. The chapter is broken into two sections. The first section outlines the blessings God promises the Israelites if they “fully obey the Lord” (v1) and the second section outlines the curses God promises if they “do not obey the Lord” (v15)”. Given those promises, the responsibility for being blessed was up to the Israelites.

Another part of The Bible that shows that our success in life is up to us is found in the book of Joshua. After Joshua took over the leadership of the Israelites from Moses, God told him:

“Keep this Book of the Law always on your lips; meditate on it day and night, so that you may be careful to do everything written in it. Then you will be prosperous and successful.”

In essence, God told Joshua that the way to be prosperous and successful in life is by keeping the Book of the Law on his lips and meditate on it day and night. 1 Kings 2:3 says something similar.

“Observe the requirements of the LORD your God, and follow all his ways. Keep the decrees, commands, regulations, and laws written in the Law of Moses so that you will be successful in all you do and wherever you go.”

Being successful in life, according to The Bible, is up to us. God not only created us, but he also created the rules we should live by that guarantees our success. If we obey, we succeed. If we disobey, we fail.

The Bible Speaks of Good Success

Some people see success in life as the number of possessions and money a person has. This view of success, which is probably the most popular is not what success is according to The Bible. Believing this definition of success causes people to be greedy since having more would mean being more successful. In Luke 12:15, Jesus denounces it, saying, “Beware! Guard against every kind of greed. Life is not measured by how much you own” (NIV).

Similarly, in The Bible where Jesus taught us not to worry about what we will eat, drink, or wear. He said “Is not life more than food, and the body more than clothes?” (Matthew 6:25 NIV). Jesus clearly saw a successful life as much more than the things we usually think represents success.

What then is the success that The Bible speaks of? It is fulfilling the purpose for which we were created. In the first point of this article, I mentioned that God, like a manufacturer wants his creation to succeed. A successful product is one that achieves the original goal for which it was created. If a manufacturer created a vehicle to transport people from place to place, but that vehicle never moves, although it may look nice, play high-quality music and keep people cool in the summer, it is unsuccessful because it doesn’t do what it was primarily created to do.

When God created us, he had a purpose for us collectively and individually. In the beginning, God said:

“Let us make mankind in our image, in our likeness, so that they may rule over the fish in the sea and the birds in the sky, over the livestock and all the wild animals, and over all the creatures that move along the ground”

His original intent for us collectively was to be rulers over this earth.

Individually, by God saying to Jeremiah “before I formed you in the womb I knew you, before you were born I set you apart; I appointed you as a prophet to the nations” (Jeremiah 1:5 NIV) shows that he has a plan for each individual. Jeremiah became a prophet and since that’s what he was born to be, he was successful in life. Jesus came to proclaim The Kingdom of God (Luke 4:43) and die for the sins of the world (Matthew 20:28). Because he did that, even though he died at 33, he lived a successful life.

The success in life that The Bible speaks of is good success. The success that makes you happy and fulfilled. If you want to be successful in life, don’t seek what the world defines as success. Seek success according to The Bible. God wants it for you and you have the ability to make it happen!

2 replies to What The Bible Says About Success In Life