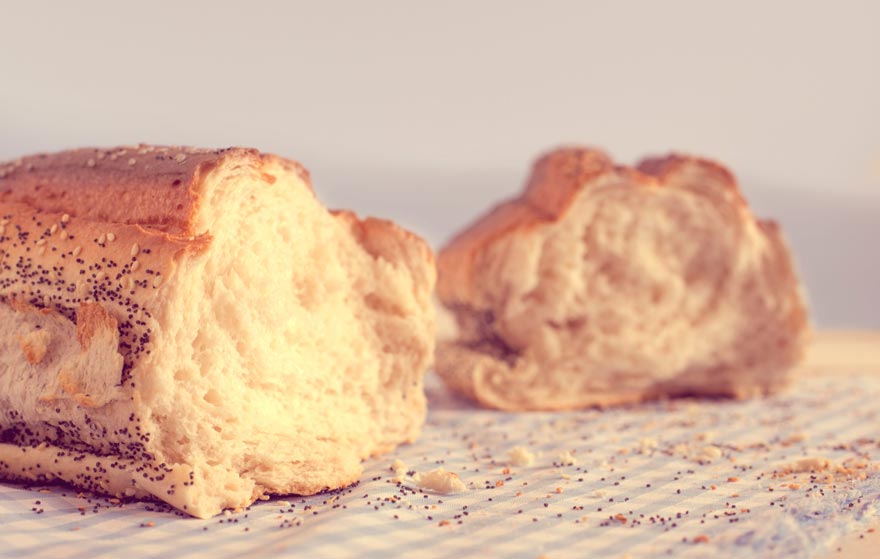 The story of the feeding of the 5,000 is told multiple times throughout the gospels and it has 3 success lessons for life. In this article, we’ll review them and provide practical examples of how you can apply them to improve.

The the feeding of the 5,000 shows us that there could be another way when you don’t see one, start with what you have, and don’t waste anything, use everything.

There Could Be Another Way When You Don’t See One

The first lesson is there could be another way when you don’t see one. Many times in life we encounter what appears to be roadblocks. Usually, when we are met with them, we tend to give up, turn around thinking that we can’t get through. In the story of the feeding of the 5,000, it shows that just because something seems impossible, doesn’t mean it is. Look at what the disciples thought when it was concluded that the people needed food.

Each statement proved that the disciples could only see limited ways of dealing with feeding the crowd. Jesus, on the other hand, knew of another way that they couldn’t see. In fact, in speaking about why Jesus asked: “Where shall we buy bread for these people to eat?”, the next verse explains “He asked this only to test him, for he already had in mind what he was going to do” (John 6:6 NIV). And as you know, he delivered.

In life, many things appear to be impossible at the onset, but turn out to be possible. At one point no one thought it would be possible to go to the moon, run a 4-minute mile, or any of the great accomplishments made by humans throughout history. But although originally thought to be impossible it became possible after someone searched for a way.

When you’re faced with a challenge and can’t see a way through, remember there may be a way that you don’t see. As Matthew 7:7 states “Ask and it will be given to you; seek and you will find; knock and the door will be opened to you” (NIV). You’ll be surprised by the answers you’ll find if only you believe there is a way instead of simply giving up.

Start With What You Have

The next lesson we can learn from the feeding of the 5,000 is to start with what you have. One of the comments made by the disciples is similar to how many people speak when they want to accomplish something in life, but think they don’t have the resources to do it. “We have here only five loaves of bread and two fish,” (Matthew 14:17 NIV). “We have here only” or in other words “I only have” or “I don’t have.”

Although it was the only thing that was available, the bible states “Taking the five loaves and the two fish and looking up to heaven, he gave thanks and broke them. Then he gave them to the disciples to distribute to the people.” (Luke 9:16 NIV). Jesus took what was available gave God thanks for it and started distributing it. In the end, everyone ate miraculously.

Rarely, if ever do we get all the resources we will possibly need to accomplish a task set before us at the start. This reality should not keep us from doing something. As a perfect heavenly father, God provides for us as we have the need and so we should trust in his provisions as we live. You can see this in the story of when God called Moses.

Starting in Exodus 3, Moses made many excuses to not accomplish the task God wanted him to accomplish. Most of those excuses centered around not having everything necessary to complete it. When he said he couldn’t speak, God provided Aaron. When he said they won’t believe him, he gave him signs to perform so that they would. God also told him “Now go! I will be with you as you speak, and I will instruct you in what to say” (Exodus 4:12 NLT) pointing to the fact he provides for us as we need, and so we shouldn’t expect everything at the start.

Don’t let what appears to be little, keep you from starting. Maybe you don’t have the money to start a business, but you can start planning it. Maybe you haven’t secured a publisher for your book idea, but you can start writing it. Whatever it may be, start with what you have, as God provided for the 5,000, trust that he’ll provide for you.

Don’t’ Waste Anything, Use Everything

The last success lesson we’ll look at from the feeding of the 5,000 is don’t waste anything, use everything. A subtle note made at the end of the story of the feeding is “…and the disciples picked up twelve basketfuls of broken pieces that were left over” (Luke 9:17 NIV). Isn’t that amazing? One broken piece alone may have seemed insignificant, but all of them put together resulted in twelve baskets full! This shows what’s possible when everything, no matter how insignificant it appears, if used, can make a big difference collectively.

Consider the issue of world hunger. The Food and Agriculture Organization (FAO) indicates that  “an estimated 1.3 billion tonnes of food is wasted globally each year, one third of all food produced for human consumption”. They also indicate that “The amount of food lost or wasted costs 2.6 trillion USD annually and is more than enough to feed all the 815 million hungry people in the world – four times over.” What does this mean? It means that we as the human race already have the solution to world hunger! Think about what other issues we can resolve by not wasting anything and using everything.

How could your life look if you personally don’t waste anything and use everything? Your time, energy, and intellect can all be maximized. For example, while waiting on a line, for the bus or a person, you can use that time to learn something new. 5 minutes spent reading each day turns out to be over 30 hours of reading in a year! Powerful when it all adds up!

So there you have it. 3 success lessons from the feeding of the 5,000. There could be another way when you don’t see one, start with what you have, and don’t waste anything, use everything! As a wise believer find ways of incorporating these lessons into your life today.