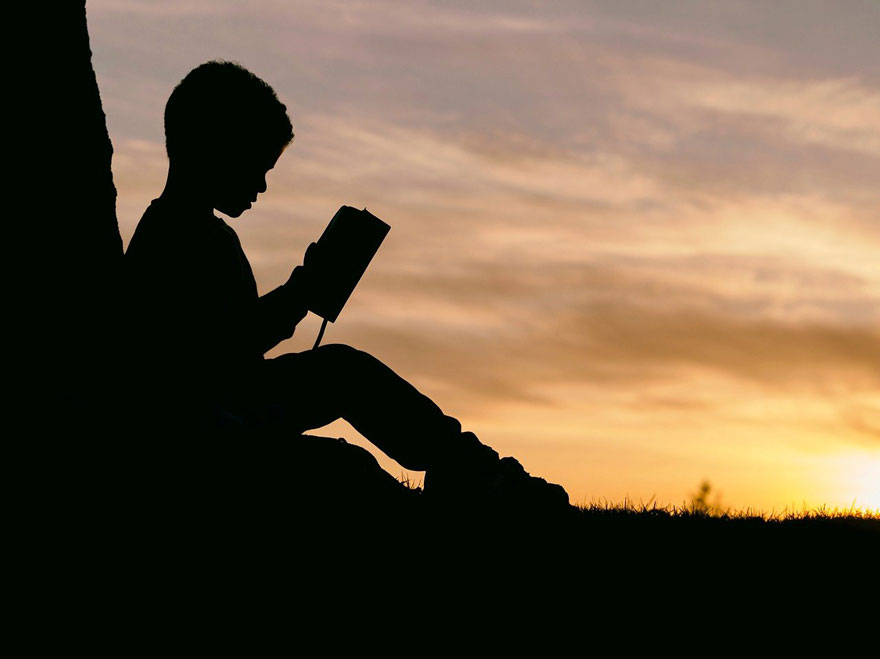 The story of Joseph is one of the most popular stories in The Bible. He was a young man who appeared to have unrealistic dreams, was hated by his brothers, sold into slavery, falsely accused, imprisoned, then in one day became second in command over Egypt. His story has many spiritual lessons to learn. Some that are commonly taught from it are forgiveness, obedience, and God’s favor.

But there are other lessons we can learn from Joseph’s story, in particular, life lessons that anyone can benefit from. In this article, I’ll share three. What are they?

What we can learn from Joseph’s story is to be careful who we share our dreams with, setbacks can put us in a better position, and be prepared for hard times as they always come.

The dramatic events of Joseph’s life all started when he decided to share his dreams with the wrong people. After his first dream, although he knew his brothers “hated him and could not speak a kind word to him” (Genesis 37:4 NIV), he told them about it anyway. What was their reaction? As expected, it was not good. Given that Joseph’s dream indicated that he would one day rule over them, they sarcastically asked him “Do you intend to reign over us? Will you actually rule us?” (Genesis 4:8 NIV).

The second time around, you would think that Joseph learned his lesson. But no, when he had a similar dream. He told both his brothers and his father about it. We can imagine his brother’s reaction, but surprisingly his father, who favored him, rebuked him asking in disbelief “What is this dream you had? Will your mother and I and your brothers actually come and bow down to the ground before you?” (Genesis 37:10 NIV). This brings us to the first lesson we can learn from Joseph’s story. Be careful who you share your dreams with.

It seems like we can’t help but share what is in our hearts as humans. Whether it’s a dream, an idea, or an experience, we find it hard to keep it to ourselves. This is most likely the reason why Joseph told his brothers the second dream despite their unfavorable reaction to the first one. Learning from what happened to Joseph, we should all be careful who we share our dreams with. A negative response from others can break our hearts, hindering us from taking action on it if it was necessary.

Think back to a time when you had an idea and shared it with someone. How did they respond? Chances are they may have doubted it or with a sense of obligation encourage it. Rarely it seems that people respond with the same level of excitement that we have. This was no surprise to Solomon, in Proverbs 14:10 he said “Each heart knows its own bitterness, and no one else can share its joy” (NIV).

People Can’t See What You See

You most likely know how Joseph’s story ends; his dreams came true. When God gives you a dream, remember that people tend to find them hard to believe. Avoid the heartbreak and discouragement from sharing your dreams with the wrong people. Share them with people that will truly support and encourage you. Even the least expected people, like Joseph’s father, might rebuke you, so guard your heart.

Setbacks Can Put You In A Better Position

Joseph Goes From Slave To Attendant

First, Joseph was sold into slavery by his brothers. That was setback number one. If there was ever a point that he no longer believed his dreams would come true, this was probably it. But while he was a slave, The Bible says “The Lord was with Joseph so that he prospered” (Genesis 39:2 NIV). That led to his master Potiphar recognizing his success and as a result, he placed “him in charge of his household, and he entrusted to his care everything he owned.” (Genesis 39:4 NIV). His setback of being sold into slavery led him to become an attendant.

Joseph Goes From Jail To Ruler In Egypt

Then came the next setback. While Joseph was managing his master’s household, his master’s wife falsely accused him of sexual harassment. That accusation caused him to be placed in jail, which is arguably worst than being a slave. So just when everything started to look promising for him he experienced another setback. Can you relate?

But that setback was the thing that positioned Joseph for his next promotion. While in jail, he was able to interpret the dreams of two people thrown into the same jail by Pharaoh. One of them later being restored to his position in Pharaoh’s presence, told Pharoh about Joseph’s gift of interpreting dreams, and Joseph helping Pharaoh caused him to be placed second in command over Egypt. So you see, if it weren’t for the setback of jail, Joseph would not have been placed second in command over the entire country!

Let’s learn this lesson from Joseph’s story by viewing setbacks in life differently. Although they can be painful, they can put us in a better position. There are people who by losing their jobs got better jobs or ended up starting successful businesses. There are people who by getting sick, went on to live healthier and more fulfilling lives. While you are experiencing a setback, you may not see how things will work out, but even if you can’t, trust God that they will. As we see in Joseph’s story, in some cases “the tougher the setback, the better the comeback” (Bernard Osei Annang).

Be Prepared For Hard Times, They Always Come

If you read through The Bible, one thing that is mentioned every so often is a famine. When God told Abraham to leave his country at the beginning of Genesis 12, later in verse 10 it states “there was a famine in the land, and Abram went down to Egypt to live there for a while because the famine was severe” (NIV). Jeremiah 52:6 mentions how there was a famine that was “so severe that there was no food for the people to eat” (NIV).

Those are just two examples of many. So when we see that there was also a famine in the story of Joseph, it shouldn’t be a big surprise. But what’s worth pointing out about the famine in Joseph’s time is how their preparation made a difference.

Being forewarned of what was to come, Joseph came up with a plan to protect Egypt against the famine. Since the famine was going to be preceded by seven good years, Joseph advised Pharaoh to “appoint commissioners over the land to take a fifth of the harvest of Egypt during the seven years of abundance” (Genesis 41:34 NIV). That fifth was to be held in reserve to be used during the famine. During the famine, not only did Egypt benefit from their preparation, so did people from different areas including Joseph’s family who were able to purchase from them.

What we all have to recognize and accept from this is that hard times always come and God allows it to happen. We probably won’t ever fully know why God does, but although He allows it, He appears to warn some people and He isn’t against us preparing to go through them. So that’s the life lesson, we should always be prepared because hard times always come. We don’t need a prophet or a dream to warn us, we can see the patterns in The Bible and our current-day experiences can attest.

Like they did in the story of Joseph, we should save a portion of everything we earn while things are going well. We should give to others while we have it to give with the understanding that “with the measure you use, it will be measured to you” (Luke 6:38 NIV). These are a couple of things you can do with your earnings to prepare yourself for hard times, but another important way to prepare yourself is by building your life on the rock.

Build Your Life On The Rock

This analogy can also be applied to how we should build our lives. If we build our lives on possession, when hard times take those away, it can destroy us. On the other hand, if we build our lives on God’s Word, we’ll be able to withstand the challenges. No matter who you are, wise or foolish. The storms of life will come. But even though they come, as we can learn from the story of Joseph, we can prepare ourselves and that preparation may be what saves us.

The amazing story of Joseph has wonderful life lessons. The life lessons you learned from his story were be careful who you share your God-given dreams with, setbacks can put you in a better position, and be prepared for hard times, they always come.