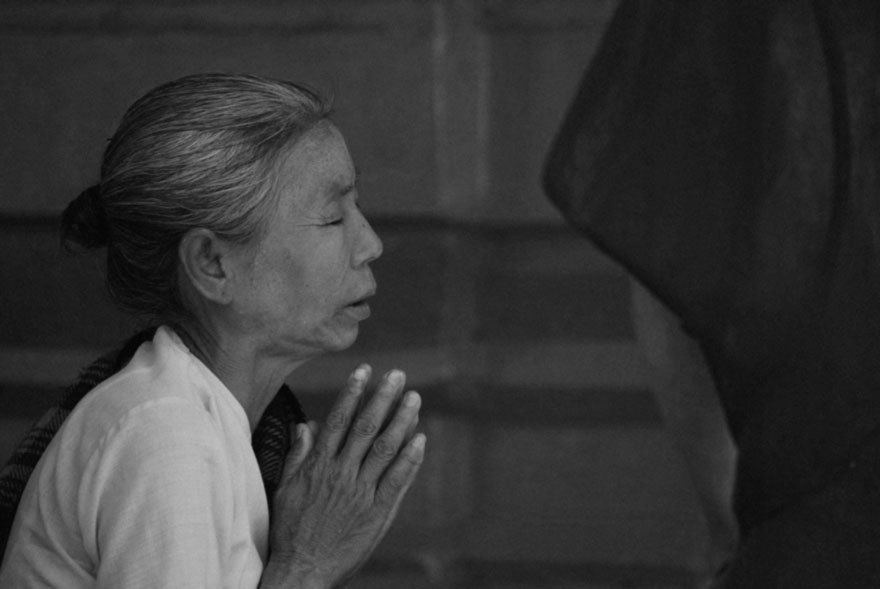 Jesus shared The Parable of The Persistent Widow to teach his disciples two things; “always pray and not give up” (Luke 18:1 NIV). If we look at the parable closely, there are other related lessons we can learn from it.

The entire parable can be found in Luke 18:1-8 and in summary, it speaks of a widow who kept asking an unjust judge for justice despite repeatedly being denied it.

The judge had no respect for people or God but eventually gave in to the widow’s request in order to protect himself. Jesus then states that if that judge who was unjust eventually gave the widow what she asked for, how much more will God do so for his chosen ones.

So what are the other related lessons we can learn from The Parable of The Persistent Widow?

In the parable, when the widow kept coming to the unjust judge her plea was “Grant me justice against my adversary” (Luke 18:3 NIV). In her plea, she used a word that is easy to overlook but that makes all the difference in what she requested. What’s that word? It’s justice.

The word justice is based on the word just which means “based on or behaving according to what is morally right and fair” (Oxford Dictionary). So when the widow requested justice, it indicated that she wasn’t asking for a favor, she was asking for something that was rightfully hers.

In any society, there are laws that dictate what should happen when certain conditions are met. We are normally aware of the laws that result in negative consequences if we break them, but there are also laws that benefit us if we ask according to them. The persistent widow understood this.

We can learn from the widow by asking for things smartly. By smartly, I mean with knowledge. Asking with knowledge not only includes knowing what is rightfully ours, but also the way we ask. If we do, it’s no question of whether or not we will get what we ask for, it’s only a matter of when we’ll get it.

Jesus used the example of a judge “who neither feared God nor cared what people thought” (Luke 18:2 NIV) to represent how we can get a breakthrough in a worst-case scenario by our persistence. But at the end of the parable, He goes on to explain how God, unlike the judge, is just, pointing to the fact that we can definitely get an answer in reality.

As citizens of God’s kingdom and citizens of a country there is so much we are entitled to. By learning about our rights, we can ask in accordance to them. 1 John 5:14 states that “this is the confidence we have in approaching God: that if we ask anything according to his will, he hears us” (NIV).

When we learn God’s will and his promises to us found in his Word, as the persistent widow did to the judge, we can confidently approach God with our request. And when you ask for something you have a right to, don’t forget to ask in the way Jesus said to ask. In his name (John 14:14)

“You may ask me for anything in my name, and I will do it.”

Have The Right Expectations

Another lesson to learn from the parable of the persistent widow is to Have The Right Expectations. Even though Jesus implied that God is nothing like the unjust judge, he didn’t say anyone who makes their request to God will get a response immediately.

What he did say was “will not God bring about justice for his chosen ones, who cry out to him day and night? Will he keep putting them off? I tell you, he will see that they get justice, and quickly” (Luke 18:7-8 NIV).

When each of us sees the word “quickly” in this parable, a different amount of time comes to each of our minds. That amount of time is based on our personal experiences and it causes us to have a certain expectation of when we’d get an answer. As it often seems, our expectations never fit reality and most of the time we end up disappointed and give up.

The widow knowing she had a right to justice, had the right expectations on the number of times she had to approach the judge in order to get an answer.

But her expectation wasn’t a fixed number, it was whatever the number of times that was necessary. We can learn from it by not setting arbitrary timeframes for things we want to accomplish. If we give ourselves deadlines, it should be based on facts not feelings.

In regards to prayer, we should develop a pray until attitude because we don’t know when God plans to fulfill His promises in our lives. That’s why Jesus shared the parable, “to show them that they should always pray and not give up” (Luke 18:1 NIV). P.U.S.H. – Pray Until Something Happens. Let’s not let false expectations cause us to give up!

No Doesn’t Always Mean No

The third lesson to learn from the parable of the persistent widow is No Doesn’t Always Mean No. In regards to the unjust judge, Luke 18:4-5 states that:

“For some time he refused. But finally he said to himself, ‘Even though I don’t fear God or care what people think, yet because this widow keeps bothering me, I will see that she gets justice, so that she won’t eventually come and attack me!’” Luke 18:4-5 (NIV).

Although the unjust judge was denying the widow’s request repeatedly, he eventually granted her request because of a change in heart.

Like the widow, in our dealings with people, we often get lots of nos. Ask for an increase in pay at your place of work, request denied. Ask for a loan to start a business, not qualified. Ask for a discount on a purchase, “we don’t give discounts”. No seems to be a popular word.

No Can Mean Not At This Time

Whenever we get a no, however, we should realize that no doesn’t always mean no. Behind the scenes, it may actually mean not at this time. How is this so?

Whenever people say no, it’s a decision they make based on the information available to them at the time. In the beginning, the unjust judge didn’t consider that the widow could eventually attack him (wear him out) by her persistent request. Later, his realization that it could happen to him was new information that caused him to change his mind.

Likewise, a request denied for a pay increase, for example, might mean the company can’t afford it at that time, or the person’s value to the company isn’t worth the increase. Both of those factors can change, potentially changing the decision when requested another time.

So don’t let the first-time no to your request keep you from asking again. Whatever it is, if you truly want it, be persistent like the widow, because no doesn’t always mean no.

Deal With Issues As Soon As Possible

In the parable of the persistent widow, we can also learn a lesson from the unjust judge. That lesson is to Deal With Issues As Soon As Possible. Like the judge had the power to resolve the issue from the start, but didn’t, we often have the power to resolve certain issues at the onset but don’t.

It was only after the judge realized that the widow was a threat to his well-being that he decided to grant her justice. Before that point, he would have likely experienced frustration by her persistent requests. If he knew he was going to change his mind eventually, he could have avoided all that pain early on.

This is something we all go through from time to time. When issues arise, we tend to avoid the mental effort required to deal with them right away. That avoidance only causes us to have more stress since it continues to come to mind as we neglect it.

If we don’t have a good reason not to, let’s not delay dealing with issues when they come up. Yes, some things require more time to think through than others, but even then we can intentionally spend the time thinking through it and resolve the issue sooner rather than later.

Deal With Issues Before They Get Worse

Similar to dealing with issues as soon as possible, we should deal with issues before they get worse. The more we procrastinate in regards to certain issues, the more difficult it becomes to correct them.

For example, in communication, Proverbs 15:1 states that “A soft answer turneth away wrath: but grievous words stir up anger” (KJV). When we are approached by someone in a bad mood, dealing with it at the onset as the proverb advises causes us to bring the tension down. If we don’t, it can lead to an argument that takes even more effort to resolve.

Another biblical example of this advice is found in Matthew 5:25, it states:

This verse doesn’t need much explaining. It’s a reminder of how things can escalate if we don’t quickly resolve them. Unlike the unjust judge in the parable of the persistent widow, let’s be wise and deal with issues as soon as possible.

As Jesus intended by sharing it, always pray and don’t give up. In addition to that remember: Ask Smartly, Have The Right Expectations, No Doesn’t Always Mean No and Deal With Issues As Soon As Possible.