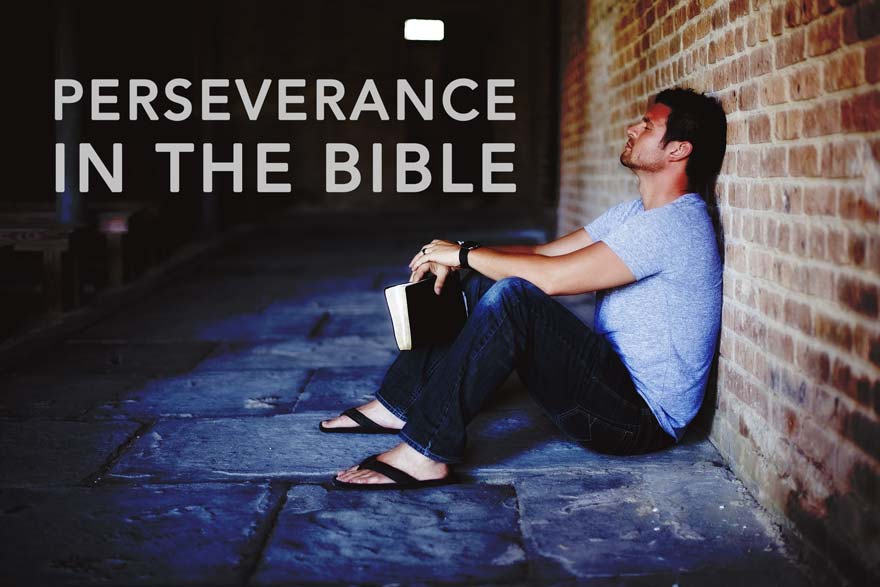 If you had to list a set of words that describe what’s needed to succeed in life, there is a high chance that perseverance would be one of them. You may be more familiar with the words endurance, persistence or the phrase “don’t give up.” – They are all similar in meaning.

In this article, we’ll look at 3 life lessons on perseverance based on The Bible. The lessons are Knowing What To Expect Helps Us To Persevere, Suffering Produces Perseverance, and You’ll Be Rewarded If You Persevere.

Knowing What To Expect Helps Us To Persevere

Have you ever noticed that whenever you are going through a difficult time, you feel better when you know that someone else is experiencing or has experienced something similar? One of the reasons this happens is because we are disappointed when reality doesn’t meet our expectations.

When it comes to persevering during difficult times, without a sense of whether what we are experiencing is normal, it’s easy to give up. But if we recognize that others go through the same thing, then we adjust our expectations causing us to feel better.

Jesus Warned His Disciples So That They Persevere

The lesson that knowing what to expect helps us to persevere can be seen in what Jesus told his disciples during his final days with them. After telling his disciples to expect the world to hate them in John 15:18-25, he told them “All this I have told you so that you will not fall away” (John 16:1 NIV). Then throughout John 16 he tells the disciples more of what they can expect and ends by saying “I have told you these things, so that in me you may have peace. In this world you will have trouble. But take heart! I have overcome the world” (John 16:33 NIV).

Jesus not only told his disciples what to expect but also told them why he told them it. It was because it would help them persevere when what Jesus said became a reality.

Since knowing what to expect helps us to persevere it’s important that you develop the right expectations. Every path in life has its ups and downs and the need for perseverance is usually for paths worth taking.

If you are on a path worth taking, don’t expect it to be easy. There is a reason Jesus said “Enter through the narrow gate. For wide is the gate and broad is the road that leads to destruction, and many enter through it” (Matthew 7:33 NIV). The path of least resistance is easy, but the path worthwhile is hard. So persevere during the difficulty understanding that the challenges you face aren’t unique to you. It’s just a natural part of the worthwhile path you’ve chosen.

To learn more about the paths in life, see my article 3 Life Lessons To Learn From Psalms 1.

Another lesson on perseverance in The Bible is that suffering produces it. In Romans 5:3 Paul said, “we can rejoice, too, when we run into problems and trials, for we know that they help us develop endurance” (NLT). Similarly, James 1:2-3 says:

Consider it pure joy, my brothers and sisters, whenever you face trials of many kinds, because you know that the testing of your faith produces perseverance. .

Think back to a challenge you faced 5 to 10 years ago. Like most people, you probably didn’t see how you would make it through at the time. Despite feeling that, you did get through and may now be dealing with another challenge that makes that earlier one seem small.

If we give up every time we experience a struggle, we’ll never achieve anything worthwhile. I remember how I thought that any opposition to a goal was a warning sign that God didn’t want me to do it. That thinking led me to go from project to project, never accomplishing anything. My thinking wasn’t biblical. Throughout The Bible, we find a number of people that experienced challenges even though God was behind their mission.

So when the challenges arise don’t give up. “Let perseverance finish its work so that you may be mature and complete, not lacking anything” (James 1:4 NIV).

I expand on these verses from James 1 in my article 4 Lessons From James 1: Trials and Temptations.

You’ll Be Rewarded If Your Persevere

The last lesson we’ll look at that The Bible teaches on perseverance is that rewards come as a result. Earlier in this article, I mentioned how the worthwhile paths of life naturally come with challenges. The thing that makes such paths worthwhile is that it promises a reward at the end. The reward is what causes us to persevere and without persevering, we’ll lose it.

The Woman With The Issue of Blood Persevered

One example of being rewarded as a result of persevering is the woman with the issue of blood. According to Matthew 9:20 she “suffered for twelve years with constant bleeding” (NLT) and everything she tried to be healed failed. With the reward of being healed in mind, she reached out and touched Jesus’ robe and received her healing as a result. If she had given up at the twelve-year mark she wouldn’t have received her healing. But because she persevered she did.

Joseph Persevered And Became A Ruler

If you know Joseph’s story you’ll know that he persevered despite the challenges he encountered. In his case, his integrity and fear of God caused him to pull through. In the end, he became a ruler serving under Pharoah and was able to save his family during a famine.

I go into more detail about Joseph and how he was promoted throughout his struggles in 3 Life Lessons From The Story of Joseph.

As believers, the good works for the Kingdom of God also have their reward. But to receive it, we must persevere. Galatians 6:9 says “Let us not become weary in doing good, for at the proper time we will reap a harvest if we do not give up” (NIV).

Notice that this verse says we get the reward “if we do not give up”. That’s the nature of work for the Kingdom of God. If we give up at any point, we lose the reward for all the work we would have done.

Whether it’s doing God’s work or pursuing any worthwhile goal in life, perseverance is a necessary part of succeeding. In this article, we looked at 3 life lessons on perseverance based on the Bible. The lessons were knowing what to expect will help you to persevere, suffering produces perseverance, and you’ll be rewarded if you persevere.

If you felt like giving up before reading this I hope you were encouraged to keep going no matter the difficulty or delay in achieving your goals!

6 replies to 3 Life Lessons On Perseverance In The Bible