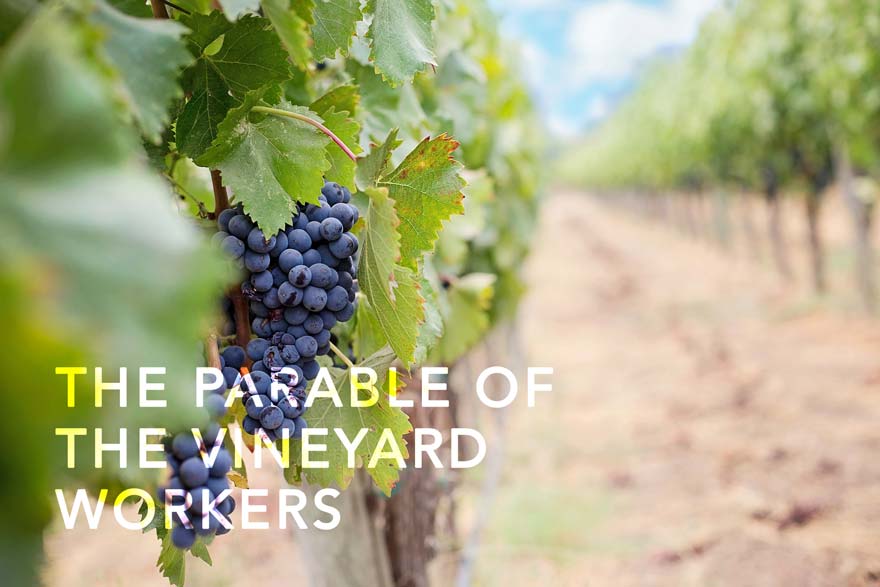 Jesus shared the parable of the workers in the vineyard to teach us how the Kingdom of Heaven operates in regards to our rewards for the work we do for it. If we look at the parable closely, there are 3 life lessons we can learn from it.

The parable of the workers in the vineyard can be found in Matthew 20:1-16. In summary, it speaks of a landowner that hired workers throughout the day to work in his vineyard. He agreed to pay the first vineyard workers a certain amount for the entire day. He then tells the vineyard workers that he hired at later times through the day that he will pay them what is fair.

So what are the 3 life lessons we can learn from the parable of the vineyard workers upon a closer look?

Now let’s look at each of these life lessons in more detail.

It may seem small, but the fact that the landowner made an agreement before he sent them out to work made a big difference. When those same workers had an issue with their pay at the end of the parable, the landowner was able to ask “Didn’t you agree to work all day for the usual wage?” (Matthew 20:13 NLT). Had he not made that agreement before they started working, it would have been an issue at the end of the workday.

In life, like in the parable, we may find ourselves having issues with others because we didn’t establish terms at the start. For example, in a business partnership, not having a clear understanding of who will be responsible for what and what percentage of profits each person will receive can lead to misunderstandings that destroy the partnership when the business takes off. Similarly, marriages may have challenges because fundamental decisions like the number of children to be had, if any, were not addressed in the beginning.

By taking the time to come to terms before rushing into things we can greatly reduce the number of misunderstandings we have with others in life. Because the landowner had an agreement with the vineyard workers at the start, he was able to avoid problems later on.

Wrong Expectations Are A Source of Disappointment

The next life lesson we can note from the parable of the vineyard workers is that the wrong expectations are a source of disappointment. Have you ever thought someone was going to do something but then they didn’t? How did it make you feel? Chances are you were disappointed or even angry. We don’t always realize it, but those feelings of disappointment or anger are a result of having the wrong expectations.

The First Vineyard Workers Were Happy At First

In the same way, we can be perfectly happy throughout life until we see something that causes us to develop the wrong expectation. Just like the vineyard workers, we may happily agree to a salary when starting a new job, but as soon as we learn that someone doing the same job is making more money we are suddenly unhappy.

By recognizing that the wrong expectations are a source of disappointment, ruining what would have otherwise been a happy life, you can protect yourself by reducing them. When you do develop them, remember the initial vineyard workers in the parable. Accept that the expectation is the problem and don’t let it control your emotions.

Feeling That Something Is Right Doesn’t Make It Right

The last life lesson I’ll point out in the parable of the vineyard workers is that feeling something is right doesn’t make it right. After the initial vineyard workers got the same pay as the later ones, The Bible says that they told the owner “Those people worked only one hour, and yet you’ve paid them just as much as you paid us who worked all day in the scorching heat” (Matthew 20:12 NLT). Naturally, they made their argument because they felt that they were right. After reading it, you probably felt the same way too!

Although it seemed like the first vineyard workers were right, the landowner proved them wrong. The landowner answered one of them, “Friend, I haven’t been unfair! Didn’t you agree to work all day for the usual wage?” (Matthew 20:13 NLT). The landowner had a right to do what he wanted with his money, in the parable he asked “Is it against the law for me to do what I want with my money?” (Matthew 20:15 NLT).

If we stop to think about it, there are some things in life that we come to believe are right but there isn’t any law that states it is. As a result, like the first vineyard workers who protested to the landowner, we may be socially pressured to do or not do things.

Like the landowner, when you would have otherwise been more generous, because people may feel that they were treated unfairly, you may not be generous at all. Or because it may be a tradition, you may feel that you must go along with something although nothing outside of that tradition says so.

In a real-life scenario, if the first vineyard workers were in the place of the later ones, (receiving the same amount as others who worked longer) chances are they wouldn’t have said anything. Don’t make feelings the source of truth. Feeling that something is right doesn’t make it right.

To read about a biblical instance where someone died when they did something that seemed right, see my article David Brings The Ark Back To Jerusalem: 3 Life Lessons.

In addition to its main lesson of how rewards work in the Kingdom of Heaven, the parable of the vineyard workers had some life lessons worth learning. In this article, we looked at 3 of them. They were Establishing Terms From The Start Prevents Misunderstandings, Wrong Expectations Are A Source of Disappointment and Feeling That Something Is Right Doesn’t Make It Right. As a wise believer, look for ways to apply these to your life.