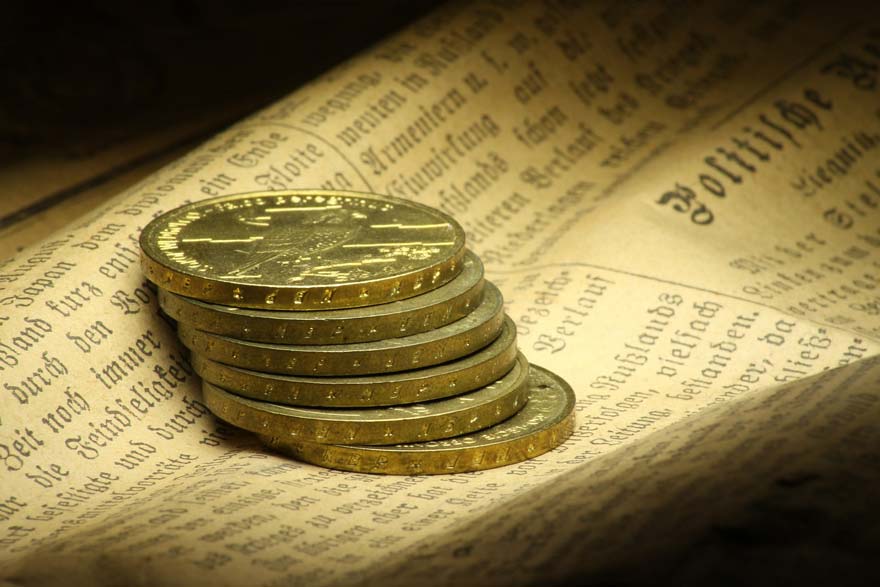 The Parable of the Talents is one of the most popular parables Jesus shared to teach us what the end will be like. In addition to the primary point of the parable, there are 7 life lessons we can learn.

If you are unfamiliar with The Parable of the Talents, it’s also known as The Parable of the Bags of Gold and you can find it in Matthew 25:14-30. In summary, a master gave three of his servants five, two, and one talent based on what they could handle. The servants that were given five and two doubled their talents and were rewarded by the master. On the other hand, the servant that was given one didn’t do anything with it. As a result, his one talent was taken away and given to the servant that started with five.

The 7 life lessons we can learn from The Parable of the Talents are:

We Are Given Based On Our Ability

In The Parable of the Talents, Jesus made an important point when he described how the master distributed the talents. In Matthew 25:15 he says “To one he gave five bags of gold, to another two bags, and to another he gave one bag, each according to his ability” (NIV). Each servant being given amounts according to their ability teaches us that in life we are also given based on our ability.

Without understanding this lesson, we may find ourselves jealous of others, thinking that we are being treated impartially, and remain blind to the actual reason why. That is, we aren’t yet able to handle more. I’ll share the way to prove to the world and God that you can handle more in the next lesson. For this one, learn to see the world and God’s blessing with this new perspective. By doing so, you turn your attention to yourself, giving you the power to change your circumstances by improving your ability.

Faithfulness Over Little Is Required For More

Have you ever desired to have more responsibility, money, good health, or anything else in life? Well, The Parable of the Talents also teaches that faithfulness over little is required for more. At the end of the parable, when the master was rewarding the servants, he said to the faithful ones: “You have been faithful with a few things; I will put you in charge of many things” (Matthew 25:21, 23 NIV). It’s only after they proved they could manage what they were given that they were rewarded with more responsibility.

A great example of this lesson in real life is with our finances. Sometimes we think that if we made more money we would better manage our money. Same with a job. We might say “if I was placed in charge, I would be a responsible manager”. We may think that way all the while mismanaging the little money or job responsibilities that we currently have.

Based on The Parable of the Talents, that way of thinking is misguided. The correct approach is to be faithful over the little we do have to prove ourselves, then we’ll be trusted with more.

The More You Receive, The More That’s Required

The next lesson we can learn from The Parable of the Talents is that the more you receive, the more that’s required. This lesson goes hand in hand with us being given based on our abilities. The servant that was given five talents was given it because he was able to manage five talents. Likewise, the servants who were given two and one were given those amounts because that’s what they were able to handle.

The master would have likely been disappointed if the servant who was given five talents returned fewer talents than the one who was given two. He had more to start with and was given it because he was trusted to produce more. Luke 12:48 states this lesson directly: “…From everyone who has been given much, much will be demanded; and from the one who has been entrusted with much, much more will be asked” (NIV).

Think about all the resources at your disposal. Are you making the most of it? In addition to physical resources, this includes intangible things such as positions of influence and time. Maximize all that you have, as we’ll be judged based on it.

Do What You Can With What You Have

Another lesson The Parable of the Talents teaches is that you should do what you can with what you have. Although we are not entrusted with the same amounts in life, we shouldn’t make that an excuse to not do our best with what we were entrusted with.

The servants that received five and two talents both had a 100% return even though they were given different amounts. In the end, quality is preferred over quantity. In terms of quantity, although it won’t amount to the same, all of us can make a certain percentage improvement on what we currently have.

For example, while you may not be able to qualify for a loan to buy machines to start a big bakery, surely you can do something with your home stove. Similarly, as a married person with children, you may not have as much time as a single person, but you can maximize the time you have.

Like the master fairly judged in The Parable of the Talents, God will fairly judge us based on what we had to work with. So don’t use the excuse of not having much as a reason not to do anything at all.

Fear Keeps Us From Success

In The Parable of the Talents, the servant that was given one talent but did not do anything with it told his master “I was afraid and went out and hid your gold in the ground” (Matthew 25:25 NIV). Fear kept him back from success and while he thought he was being safe, it ended up costing him.

This is a major life lesson for all of us. Each of us only has one life to live and so we shouldn’t let anything keep us back from reaching our potential. There are lots of examples of how fear kept people back in The Bible, and it keeps more people back nowadays than we can imagine. I expand on this lesson in my article 3 Life Lessons On Fear In The Bible.

Before moving on to the next lesson, I want to touch on how the safe route could end up costing us. Because of fear we may do or refrain from doing certain things because we think it’s safe, but in reality, it may not be as safe as we think. Like the servant in the parable hid his monetary talent, we may hide our God-given gifts and attempt to succeed at things that appear more popular or stable.

For example, ignoring your gift of teaching to pursue a career in law or medicine. In the end, you’ll probably end up regretting it, costing you a life of true fulfillment.

What You Don’t Use, You Will Lose

The next lesson from The Parable of the Talents may be a hard one to accept. Regardless, we must learn from it. At the end of the parable, the master took the talent from the servant that did nothing with it and gave it to the servant that now had ten talents. The scripture then says, “For whoever has will be given more, and they will have an abundance. Whoever does not have, even what they have will be taken from them” (Matthew 25:29 NIV).

The first time I read this parable I had trouble with the idea that God would take away the little that one person had and give more to the person that has a lot. One explanation of this I heard is that God was talking about interest. That is, if you have little interest in something, you’ll lose it, but if you have a lot of interest you’ll attract more of it. Regardless if that’s 100% correct, we surely see the lesson of losing what you don’t use in day-to-day life.

Faith Without Works Is Dead

The last lesson we can learn from The Parable of the Talents is that faith without works is dead. This point is taught directly in James chapter 2, and this parable, which symbolizes the coming judgment, confirms it.

Our faith isn’t just something in our hearts. It’s meant to be placed into action. Even before man fell in Genesis, we were designed to be stewards of God’s creation. So don’t be a stagnant believer. Take the gifts and resources God has blessed you with and put them to use. If you do, during the judgment, God will tell you “Well done good and faithful servant” just like the master said to the productive servants in the parable.

The Parable of the Talents is jammed packed with life lessons. In this article, we looked at 7 of them. I hope they improve the way you see life, encourage you to overcome fear, and motivate you to maximize all that God has given you.

Other articles based on parables: