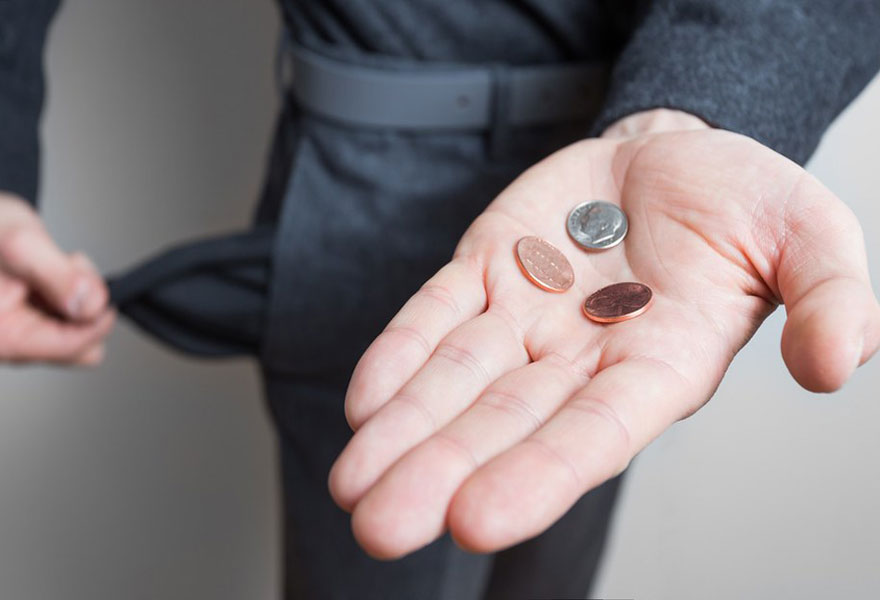 With one of the latest iPhones in my pocket, I said to myself “when I get a nice camera, I’ll start shooting motivational videos.” We often want to achieve something, but think that we don’t have everything we need to get it done. When asked about our dreams or goals, we find ourselves replying with “I’m waiting on…”, “I just need..”, or “when I get.”

While it may be absolutely necessary to have certain things in order to make progress, I’ve found in many cases we can get a lot done with what we already have. In this article, I hope to inspire you to take another look at what’s available to you and so that you make the most of it until you get more.

Use The Assets That You Have

In situations where we find ourselves saying we don’t have something we need it’s usually some assets such as time, money, skills, or equipment. History has shown, however, that these limitations aren’t true barriers. When you think of famous companies like Apple, Disney, and Google all starting out in someone’s garage, it makes you wonder what’s truly needed to get something done.

While speaking about ways to make money, the late Dr. Myles Munroe helped me recognize how much assets we have at our disposal that go unused. Bake cookies in your home oven to sell, rent out the extra room in your house, and use your car to take elderly people for a drive are some of the examples he gave to show how much we have at our disposal to make money. It’s like one of the most memorable business start-up stories I recently heard.

Founded in 2012, Canva, an online graphic design platform that became valued at $3.2 billion dollars 7 years into its existence got started with the resources it’s founder had within reach. It’s founder, Melanie Perkins, raised money from family and friends, and created an 80-page description of how her software should look and function. With the little money she raised and the 80-page description she created, she was then able to get a company to make it a reality.

Sometimes we may have the resources at our disposal to start a project, but feeling like we lack everything we need to complete it stops us. If you’re trying to create something, you can follow Melanie’s example by using what you already have to get started. Don’t let not knowing how you’ll acquire everything you need, stop you. For you, that might be writing a business plan not knowing how the business will be funded or writing a song when you don’t know how it will be produced. Do what you can with the resources you have.

Give What You Have

Another area we may find ourselves not doing what we can with what we have is giving. We may find ourselves holding back the little we could give because it doesn’t compare to what others give. Well, let me tell you a secret. What makes a gift significant is not how it compares to what others give, but to how it compares to what you could have given.

For example, imagine if Mary and John donated money to a community center. Mary gave $20,000 and John gave $10,000. Who gave the most significant gift? Given the information I provided, it’s obviously Mary. But if I told you that Mary makes 10 million dollars a year and John makes 40,000 a year, that changes things. John gave 10% of his annual income, while Mary gave less than 1%. Jesus pointed this same truth out to his disciples while observing people give gifts.

Jesus sat down opposite the place where the offerings were put and watched the crowd putting their money into the temple treasury. Many rich people threw in large amounts. But a poor widow came and put in two very small copper coins, worth only a few cents.

Calling his disciples to him, Jesus said, “Truly I tell you, this poor widow has put more into the treasury than all the others. They all gave out of their wealth; but she, out of her poverty, put in everything—all she had to live on.”

Jesus revealed to his disciples that the significance of someone’s gift is not in how it compares to other people’s gifts, instead it’s based on how much they have to give. The poor widow giving everything she had, meant she gave the most. Although the world focuses on the amount of a gift, know that it’s not the true measure of significance. We all can give significant gifts. We can even argue that the less we have, the more we can give!

Use The Confidence That You Have

This is what happened to me when I wanted to create motivational videos. Recognizing that it wasn’t the equipment I truly needed, but that I didn’t want to appear in the videos, I started with the confidence I had by creating videos with just my voice and graphics. Eventually, I built up the confidence and placed myself in front of the camera. While the voiceovers may have not been as effective as the in-person videos, it was better than doing nothing.

Doing What You Can With What You Have Leads To More

The greatest reason you should do what you can with what you have is that starting with what you have will lead to more. I can’t explain how, but I see it happen all the time. Those famous companies mentioned at the beginning eventually ended up moving to their own buildings. As for giving, The Bible says “Give, and you will receive. Your gift will return to you in full—pressed down, shaken together to make room for more, running over, and poured into your lap. The amount you give will determine the amount you get back” (Luke 6:38 NLT).

In other words, giving the little you have positions you to receive more. The 80-page description of Canva that Melanie created opened the door to its development. And me doing voice and graphic only videos led to in-person videos.

The same thing is illustrated in Jesus’ Parable of the Talents. The servants that did something with the talents the master gave them were rewarded with responsibility over more. The servant that didn’t do anything with the one talent he was given was not only described as wicked and lazy, but his talent was then given to one of the other servants that did something with what they were given. It appears that God observes how we handle the little he gives us before he gives us more. This would then mean we could actually be keeping ourselves back from receiving the more we want!

Take a moment to think about all that you have at your disposal. Are you truly making the most of it all? I encourage you to maximize everything you have. You’d be surprised at how much you can accomplish with it.

Filed Under: Life Tagged With: Assets, Limited Resources, Parable of the Talents, Quantity VS Quality