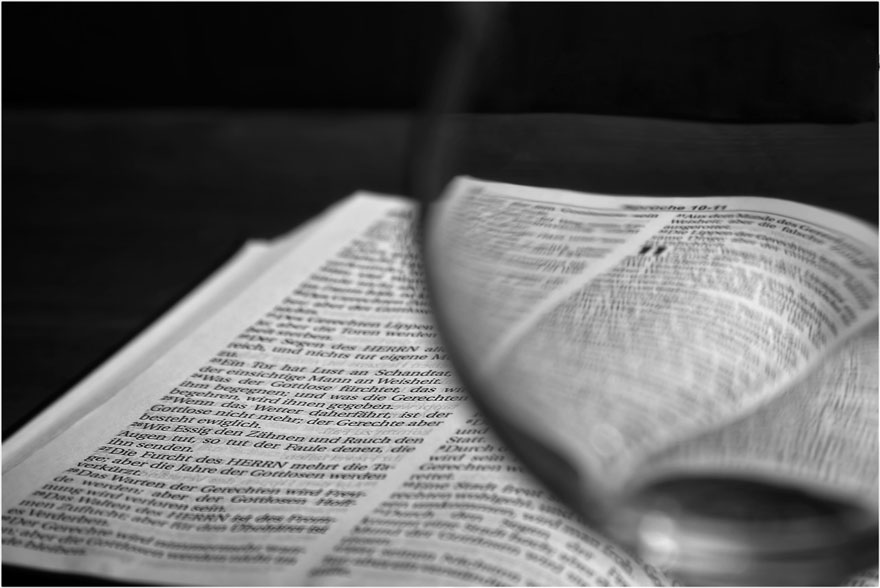 If you’ve been a believer for a while, there are a lot of things you know about The Bible and God. You know John 3:16, for God so loved the world he gave his only son to die for our sins. You know that there is a place called heaven and another called hell. You also know, among other things, that Jesus is the only way to have eternal life.

But, beyond these things is another idea that stitches everything together. Many spend most of their Christian walk easily missing it or overlooking it. I did. What is it? It’s the bigger picture. The Kingdom of God.

In this article I’ll discuss the bigger picture of the Kingdom of God and while doing so answer some important questions.

Let’s begin with God’s intent for creating us.

Why God Created Us

To appreciate why The Kingdom of God is the bigger picture, we must start with God’s intent for creating humans. That intent is found in Genesis 1 where the entire story of creation is given. After creating the heavens and the earth, plants, and animals, God said “Let us make mankind in our image, in our likeness, so that they may rule over the fish in the sea and the birds in the sky, over the livestock and all the wild animals, and over all the creatures that move along the ground” (v. 26 NIV).

The reason God created man is “so that they may rule over” his other creation. Other translations of this statement word it as “reign over” (NLT) or “have dominion over” (KJV). So what does rule, reign, and have dominion actually mean? Well, they are Kingdom concepts and can also be translated as “manage” or “be in charge of”. Let’s take a closer look at the idea of a Kingdom which will help us in our journey to understanding why The Kingdom of God is the bigger picture.

The definition of a Kingdom is “a country, state, or territory ruled by a king or queen.” (Oxford). Components of a Kingdom include:

Now, although God created mankind and made us responsible for his creation, he also made it so that we obey him by choice. That freedom or free will is reflected when God commanded Adam saying “You may freely (unconditionally) eat [the fruit] from every tree of the garden; but [only] from the tree of the knowledge (recognition) of good and evil you shall not eat, otherwise on the day that you eat from it, you shall most certainly die [because of your disobedience]” (Genesis 2:16-17 AMP).

As you know, with that free will, Adam and Eve chose to disobey God by eating the fruit he commanded them not to. They sinned against God. The definition of sin is “an immoral act considered to be a transgression against divine law” (Oxford). And to transgress means to “go beyond the limits of (what is morally, socially, or legally acceptable)” (Oxford). So God being a just God had to enforce what he said would happen as a result of their disobedience. As outlined in Genesis 3, many of the privileges mankind had by being in union with God’s law was lost.

For God So Love The World

Despite man’s fall, God so loved the world that he made a plan to bring us back. That plan included him coming to earth as a man and taking on the due punishment for the sin man committed.  In Ephesians 1:5-7 it states “he predestined us for adoption to sonship[b] through Jesus Christ, in accordance with his pleasure and will— to the praise of his glorious grace, which he has freely given us in the One he loves. In him we have redemption through his blood, the forgiveness of sins, in accordance with the riches of God’s grace” (NIV).

That scripture is jammed pack, but a keyword from it is redemption and according to Oxford, two of its meanings are:

So now between the fall and the fulfillment of God’s plan to restore mankind through Jesus are a series of prophecies pointing to Jesus’ coming and hinting at the bigger picture of the Kingdom of God.

So far, I’ve been building a foundation to bring you good news. Not any good news, but the good news that John The Baptist and Jesus spoke about. That good news is not only a part of the picture. That is, grace or Jesus dying for our sins. The good news is the bigger picture of The Kingdom of God.

Jesus Mainly Spoke of The Kingdom of God

In addition to these, Matthew 4:23 and Luke 4:43 explicitly state that The Kingdom of God is the good news.

Matthew 4:23 (NIV) – “Jesus went throughout Galilee, teaching in their synagogues, proclaiming the good news of the kingdom, and healing every disease and sickness among the people”.

Luke 4:43 (NIV) – “But he said, “I must proclaim the good news of the kingdom of God to the other towns also, because that is why I was sent”.

When Jesus spoke about anger, adultery, divorce, and love he was teaching on how we should live in the Kingdom of God. In Matthew 6:25-33 where he instructs us not to worry about our lives, what we eat or drink, and not to worry about clothes, he says “seek first his kingdom and his righteousness, and all these things will be given to you as well” (v. 33). To seek his kingdom first means we should make it a priority over other things and if that’s the case, his Kingdom must be a big deal!

As stated earlier, God created us to rule this earth as an extension of his Kingdom. We messed up by sinning and are now living in a falling world. Despite that, Jesus came and died for our sins allowing us to reconnect with God’s Kingdom.

Although we are reconnected, God’s kingdom rule on earth has not yet taken full effect but will in the future. When it does, a beautiful glimpse of what it will look like is found in Revelations 21. It mentions how there will be “a new heaven and a new earth,” “no more death, or mourning or crying or pain,” and how there will be a new Jerusalem with streets of pure gold and nations walking by its light. Now that’s something to look forward to!

Based on The Bible, The good news is the Kingdom of God. If we limit it to Jesus dying on the cross or grace, we miss the bigger picture. Understanding the bigger picture brings new meaning to this life and the next. In a world of turmoil, it gives us hope. A hope we can begin to experience now and eventually come into fully.

Filed Under: Sermons Tagged With: Creation, John 3:16, Kingdom of God, The Fall