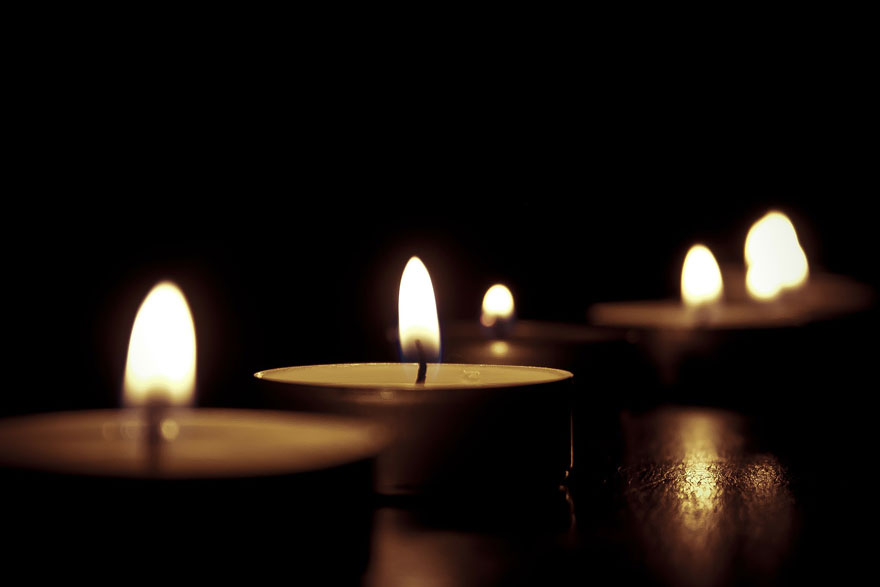 Have you ever said to yourself you would remember something rather than write it down, then forgot it? Or, knowing well that a family member would be worried, did not check in with them to say you’d be late?  As the most intelligent creatures on this planet, it’s puzzling how we often know what we should do, yet for some strange reason don’t do it.

As believers, what we do, rather than what we know or say, is the greatest demonstration of our faith. It is our actions that cause us to be blessed and it is by our actions that we are judged. Let’s look at each of these reasons why what we do matters in more detail.

1. What We Do Confirms Our Faith

The One That Got Away

One time I went on a dock to do some meditation and fishing. After meditating, I had cast my line and shortly after noticed a bigger than usual fish hanging around the dock. After successfully teasing it with a hook-free piece of squid bait, I hooked on another piece, and seconds after it hit the water, the fish was hooked and began to swim away. I excitedly pulled the line in. It was going to be the biggest fish I ever caught! Now at the edge of the dock, I had a dilemma. Would the fishing line be strong enough to pull the huge fish up? I had no choice but to try. Snap! On the first pull, the line popped and the fish swam away.

Do you believe that story? Maybe you do, but what if I told you I had video evidence of it all. After seeing it, would that make a difference in how true you think the story is? I’m sure it would! Like fishing stories, people are often making claims of things without evidence. But at the end of the day, the evidence makes all the difference. Now, as it relates to our faith in Jesus, my question is, is it enough to claim to believe in Jesus without evidence?

To help answer this question and show why what we do confirms our faith, let’s quickly look at the difference between “believing” and “believe in”. The root word of believing is “believe” and the definition of “believe” according to Oxford is “to accept something as true.” On the other hand, “believe in” means “to have faith in the truth or existence of”. And “Faith” formally means having “complete trust or confidence in someone or something.” Therefore, to “believe in” as opposed to “believing” is much more than the acknowledgment of something being true. When someone “believes in” something, it is reflected in what they do.

With that understanding, John 3:16 becomes more clear. As you know, it states “For God so loved the world that he gave his one and only Son, that whoever believes in him shall not perish but have eternal life” (NIV). John 3:16 used “believes in” meaning that the faith in Jesus required to receive eternal life is much more than an acknowledgment of Jesus, it’s complete trust and confidence in him which shows up in one’s actions.

James, the brother of Jesus expands on the idea of faith without works and concludes that such faith is dead. James 2:14 opens up the discussion with the rhetorical questions “What good is it, my brothers and sisters, if someone claims to have faith but has no deeds? Can such faith save them?” Then, in verse 19, pointing to those that say they believe that there is one God, James states that “…even the demons believe that—and shudder” (NIV). And finally, he gives the example of how Abraham illustrated his faith by offering Issac as a sacrifice. Then, referring to Abraham, he writes “You see that his faith and his actions were working together, and his faith was made complete by what he did” (James 2:22 NIV).

As believers, it’s not enough to say we believe, yet what we do not reflect it. It is what we do that confirms our faith.

2. We Are Blessed In What We Do

The late American entrepreneur and speaker Jim Rohn once spoke about a health and fitness book that at a certain point instructed readers to put the book down and see how many push-ups they can do. It went on to say, if you don’t attempt to see how much you can do, you might as well give the book away.

I can now appreciate the point the author was trying to make. When I first started reading life-changing books, I neglected to put what I read into practice and as a result, I didn’t benefit from the knowledge. Truly, what is the point of reading a book for advice if one doesn’t apply it? Take God’s inspired Word, The Bible. Does God want us to read The Bible or does He wants us to put into practice what The Bible says? There is no need to speculate. 2 Timothy 3:16-17 (NIV) states the intent of The Bible clearly.

“All Scripture is inspired by God and is useful to teach us what is true and to make us realize what is wrong in our lives. It corrects us when we are wrong and teaches us to do what is right. God uses it to prepare and equip his people to do every good work.”

As you can see, at the end of the day, the point of God’s Word is for us to take action. If we don’t, we miss out on the point of reading it.

Deceiving Ourselves By Having The Knowledge

Simply knowing can be deceiving. Somehow we can find ourselves feeling good about all the things we know even though we don’t put much of it into practice. James 1:22-25 (NIV) states:

“Do not merely listen to the word, and so deceive yourselves. Do what it says.

23 Anyone who listens to the word but does not do what it says is like someone who looks at his face in a mirror 24 and, after looking at himself, goes away and immediately forgets what he looks like.

25 But whoever looks intently into the perfect law that gives freedom, and continues in it—not forgetting what they have heard, but doing it—they will be blessed in what they do.”

Highlighted in the last verse is the point of this section. It says “they will be blessed in what they do.” Only what we do is what we are blessed (benefit) in. There is so much knowledge available to us to live an extraordinary life. As Andrew Carnegie puts it in his book How To Stop Worrying & Start Living, “We already know enough to lead perfect lives” (p. 7). Even if it’s sharing what we learn with others, we move beyond simply acquiring knowledge for the sake of it and are blessed by giving it.

Don’t deceive yourself, that is, “fail to admit to oneself that something is true”. Start putting into practice the things you already know. Like exercise, it’s only when we do it are we blessed in it.

Judged In This Life

Have you ever noticed that knowing a lot doesn’t guarantee success? After reading the last section you probably aren’t surprised. When I finally understood this, my focus changed and because of it, I started being recognized at my place of work and other areas of life. It’s like a joke I have with my sister. The job she has as I write this was offered to her by some business owners and although she obsessed about getting the highest G.P.A. she could get in college, in her interview they never asked about her grades. It was her work ethic that attracted her to them.

As these examples illustrate, and what you’ve likely experienced, in this life we are judged and will be judged by what we do. And for us believers, people are watching us, and what they see us do is a big deal.

Judged In The Next Life

At the end of our lives, 2 Corinthians 5:10 states that “…we must all appear before the judgment seat of Christ, so that each of us may receive what is due us for the things done while in the body, whether good or bad” (NIV). As believers, God will judge us by the things we do, and so what we do as believers matter.

The Good Doesn’t Make Up For The Bad

A key part of 2 Corinthians 5:10 is that we’ll get what we deserve “whether good or bad”. This suggests that doing good doesn’t make up for the bad. We may find ourselves justifying our wrongs by reasoning that we do this great thing and so that small bad thing doesn’t matter.

Overlooking the bad things we do because of some good we consider to be significant may put us in the category of believers Jesus referred to when he said “Many will say to me on that day, ‘Lord, Lord, did we not prophesy in your name and in your name drive out demons and in your name perform many miracles?’ Then I will tell them plainly, ‘I never knew you. Away from me, you evildoers!’” Matthew 7:22-23 (NIV).

The World Is Watching

As believers, the world is judging us according to what we do. Our actions can plant or uproot good seeds in other people’s lives. In the same way that we observe others and make mental notes whether good or bad, others observe us and do the same.

When people see our peace of mind during hard times, it attracts them. When they see the gentle way we handle offense, it makes them think. When they hear of our generosity, they acknowledge that something is truly different about us. “Let your light so shine before men, that they may see your good works, and glorify your Father which is in heaven” (Matthew 6:15 KJV).