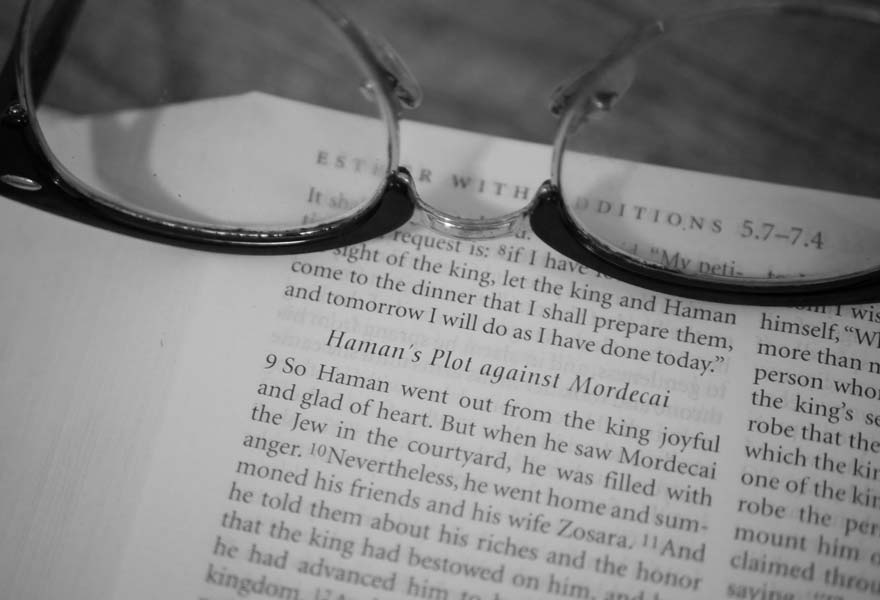 The story of Mordecai and Haman is one many people can relate to. We all at some point in life find people hating on us. We might even find ourselves doing the hating. In this article, we’ll look at 3 life lessons from Mordecai and Haman that will help you live happier, humbly, and at peace.

If you are unfamiliar with Mordecai and Haman, their story is found in the book of Esther. In summary, Haman was one of the King’s nobles. He developed a hatred towards the Jews because Mordecai, Esther’s cousin, would not honor him. Haman’s dislike of Mordecai kept him unhappy and he ultimately planned to have Mordecai killed. In the end, Haman not only ended up having to honor Mordecai but Haman ended up dying from the trap he had set for him.

The lessons from Mordecai and Haman are:

Focus On What You Do Have To Be Happy

Have you ever said that if you had a certain thing you would be happy? I’m sure we all have at some point in our lives. But from experience, it seems like no matter what we achieve it’s always something else we desire. In other words, we never seem satisfied with what we have.

In the book of Esther, we see the same thing happening with Haman. Despite all that he had going for him, he was unhappy because Mordecai would not honor him.

One time when he was speaking to his wife and friends, Haman “boasted to them about his vast wealth, his many sons, and all the ways the king had honored him and how he had elevated him above the other nobles and officials” (Esther 5:11 NIV). It’s evident that Haman knew he had a lot going for him. Despite knowing that, two verses later he says “But all this gives me no satisfaction as long as I see that Jew Mordecai sitting at the king’s gate” (Esther 5:13 NIV).

With everything he had going for him, he allowed Mordecai to make him unhappy. If you know the full story of Mordecai and Haman, you’ll know that this dissatisfaction ultimately cost him his life.

Learning from this, we should not let things make us unhappy. It’s easy to overlook all the things we have going for us because of one thing we don’t have. There will always be something else we think we need to be happy. Stay out of that trap by focusing on what you do have.

“Do not be anxious about anything, but in every situation, by prayer and petition, with thanksgiving, present your requests to God. And the peace of God, which transcends all understanding, will guard your hearts and your minds in Christ Jesus.”

Pride Comes Before The Fall

Proverbs 16:18 says “Pride goes before destruction, a haughty spirit before a fall” (NIV). The lesson of this proverb is the next lesson we can learn from Mordecai and Haman. As pointed out in the last section, Haman boasted about all that he had going for him which showed that he was prideful. To his unpleasant surprise, that pride caused him to have to honor Mordecai, the person he despised.

Haman’s Pride Caused Him To Submit To Mordecai

In Esther chapter 6, the King wanted to honor Mordecai because he prevented a conspiracy against the King. When he asked Haman what were his thoughts on how to honor someone, Haman pridefully thought “Who is there that the king would rather honor than me?” (Esther 6:6 NIV). So thinking that he was the person the King wanted to honor, he gave an elaborate answer:

After all that, can you imagine Haman’s facial expression when the King replied “Go at once…Get the robe and the horse and do just as you have suggested for Mordecai the Jew, who sits at the king’s gate. Do not neglect anything you have recommended” (Esther 6:10 NIV)?

I’m pretty sure I laughed inside when I first read it. As it turned out, there was someone else the King would want to honor more than Haman. Sadly his prideful thinking placed him in a position he could have never imagined; placing a robe on Mordecai and leading him on a horse through the city proclaiming “This is what is done for the man the king delights to honor!” (1 Esther 6:11 NIV). Afterward, Esther 6:12 says “Haman rushed home, with his head covered in grief”.

In the same way that Haman was humbled, we’ll be humbled if we become prideful. Life is interesting in that way. We shouldn’t give a Haman a hard time though. As you may have experienced, it’s easy to become prideful. Knowing this, we must be careful to not let our accomplishments get to our heads. If we do, we’ll end up falling.

You’ll Get Caught In The Traps You Set

Like the previous lesson, the last life lesson we’ll look at from Mordecai and Haman is also backed by a proverb. The proverb is “If you set a trap for others, you will get caught in it yourself. If you roll a boulder down on others, it will crush you instead” (Proverbs 26:27 NLT).

When Haman told his wife and family how he felt about Mordecai, they told him “Have a pole set up, reaching to a height of fifty cubits, and ask the king in the morning to have Mordecai impaled on it” (Esther 5:14 NIV). Side note, the people that surround you play a big role in how your life turns out. It’s a testimony I share and preach in my first book.

Unfortunately, Haman took his wife and friends’ advice. Then, in Esther chapter 7 when he was confronted by Queen Esther for what he intended to do to the Jews, the King said impale him on the pole he had set up for Mordecai (Esther 7:9).

Haman Got Caught In The Trap He Had Set For Mordecai

“There shall no evil befall thee, neither shall any plague come nigh thy dwelling”.

Mordecai probably had no idea that the pole was set up for him until Haman was impaled on it. Similarly, you may never know the traps set for you that ended up trapping the setter rather than you!

The story of Mordecai and Haman is representative of many people’s experiences. Learning from it, we can avoid being unhappy by focusing on what we do have, we can avoid falling by not becoming prideful, and we can avoid problems for ourselves by not trying to get others in it. I hope you were blessed!

For more lessons from The Book of Esther, see my articles

4 replies to 3 Life Lessons From Mordecai and Haman