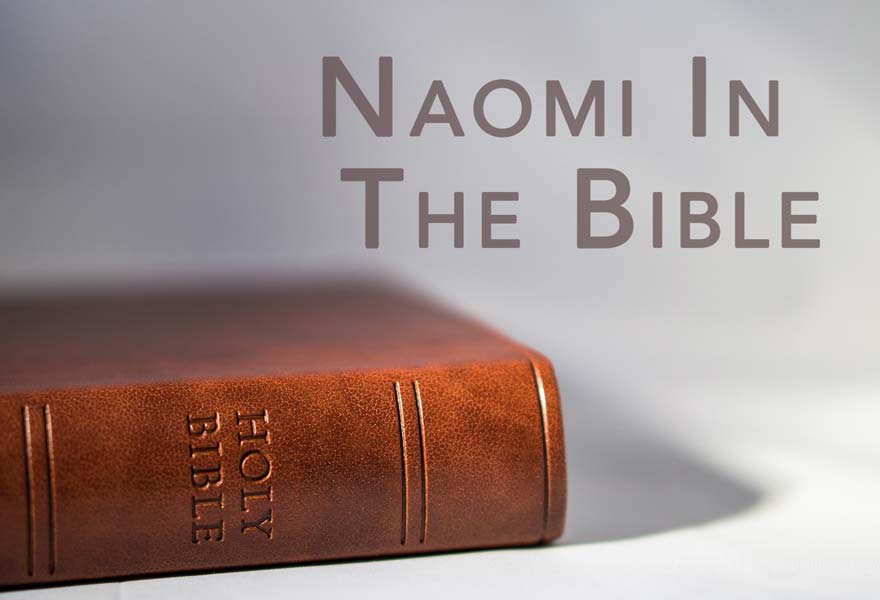 When you think of the Book of Ruth, where Naomi’s story is found, she may not be the first to come to mind. Nevertheless, her life, like that of many bible characters, has something worth learning from. In this article, we’ll look at 3 life lessons from Naomi.

Summary of Naomi In The Bible

If you are unfamiliar with Naomi, she, her husband, and her sons moved from Bethlehem to the country of Moab because of a famine. While in Moab, Naomi’s husband died, and later her two sons. When she decided to go back to her home country, Ruth, one of Naomi’s daughters-in-law, went with her. Ruth later conceived a child by Boaz which became like Naomi’s own son.

So what are the life lessons from Naomi in The Bible? The lessons are:

When All Seems Lost, It Can Get Better

The first life lesson from Naomi is it can get better when all seems lost. The Book of Ruth starts by sharing the struggle and loss Naomi faced. First, a famine pressured her, her husband, and two sons to move to another country (Ruth 1:1). Then, while in that country, her husband died. 10 years after moving, when her sons had already gotten married, both of them died leaving her with her two daughters-in-law.

What happened to Naomi happens to all of us in one shape or another. It’s natural to experience difficulties in life. Some are so hard that it can feel like God is against us. That’s exactly how Naomi felt.

In urging her daughters-in-law to go back to their mother’s house, she told them “It is more bitter for me than for you, because the Lord’s hand has turned against me!” (Ruth 1:13 NIV).

Although all seemed lost for Naomi, her daughter-in-law Ruth stuck by her side when she returned to her hometown. Later, Ruth had a child whom Naomi nursed. So happy the child made Naomi that ‘The women living there said, “Naomi has a son!” (Ruth 4:17 NIV).

When hard times come, don’t give up. It may seem like there is no possible way for your situation to improve, but as it did for Naomi, it can for you!

Helping Others Can Lead To Your Blessing

The next life lesson from Naomi is helping others can lead to your blessing. One of the characteristics of Naomi that stands out is that she was selfless. Although she found herself in a foreign land with two of the closest people to her, she thought of their needs over hers even though it meant she’d be left alone.

Instead of begging that her daughters-in-law stay with her. She told them:

“Go back, each of you, to your mother’s home. May the Lord show you kindness, as you have shown kindness to your dead husbands and to me.

May the Lord grant that each of you will find rest in the home of another husband.”

Even after they said they would never leave her, she showed that she seriously cared for their future, saying it was impractical for her to have other sons for them to marry (Ruth 1:12-13).

Naomi Was Blessed By Helping Ruth

But how did this lead to Naomi’s blessing you may ask? Naomi’s willingness to see her daughters-in-law find husbands continued even after Ruth decided to stick with her. In Ruth chapter 3, Naomi told Ruth “My daughter, I must find a home for you, where you will be well provided for” (Ruth 3:1 NIV). Then Naomi instructed Ruth on what to do so that Boaz would take her to be his wife.

As stated in the last lesson, in time Ruth’s child became a blessing to Naomi. That child came as a result of Naomi’s effort to see that Ruth found a husband.

In life, we’d be surprised to see how helping others can lead to our blessing. Something you do for someone today might be a blessing to you years later. Naomi probably had no idea that by connecting Ruth with Boaz she’d end up with a grandson that would be like a son of her own.

This article is about Naomi, but another example of how helping others can lead to your blessing is seen through Ruth as well. Her willingness to stick with Naomi paid off in her meeting and getting married to Boaz!

You May Have More Than You Think

The last life lesson we’ll look at from Naomi is that you may have more than you think. In the first lesson, I mentioned how all seemed lost for Naomi. She had lost her husband and sons and was about to go back to Bethlehem alone.

Even after Ruth committed to staying with her she still felt like she had nothing. When she got back to Bethlehem, she said:

“Don’t call me Naomi,” she told them. “Call me Mara, because the Almighty has made my life very bitter.

I went away full, but the Lord has brought me back empty…

Naomi Had Ruth When She Thought She Had Nothing

Naomi thought she came back empty, but if you think about it, she did not. She came back with her daughter-in-law Ruth. Naomi may have not seen it at that moment, but the women of the neighborhood recognized Ruth’s value. When Ruth conceived, they said, “your daughter-in-law, who loves you and who is better to you than seven sons, has given him birth” (Ruth 4:15 NIV).

I suppose like many of us, Naomi in her agony overlooked what she had. Like we do at times, she exaggerated her situation in life. But as you saw, upon a closer look she didn’t come back empty, she came back with Ruth; the woman that gave her a grandchild who became like her own son (Ruth 4:17).

When you think you have nothing, take a closer look because you may have more than you think. Maybe you want to start a baking business, but you feel like you don’t have all the equipment you need. Would your home oven get you started? Maybe you can’t pay for formal education, but you have internet access to tons of free educational material.

You’d be shocked at how much you can accomplish if you maximized the little that you have!

Although Naomi isn’t the main character of the Book of Ruth, there are some life lessons we can learn from her. In this article, we looked at 3. The lessons you learned were It Can Get Better When All Seems Lost, Helping Others Can Lead To Your Blessing, and You May Have More Than You Think. I hope these lessons were a blessing to you!

2 replies to 3 Life Lessons From Naomi: When All Seems Lost