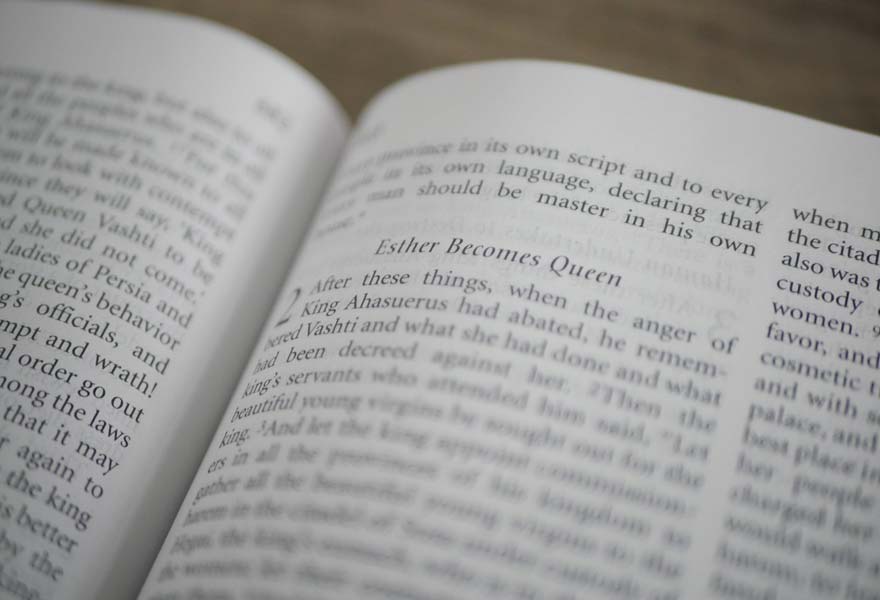 One of the most popular women of The Bible is Queen Esther. Known for her beauty inside and out, Esther is one of the only two women that a book of The Bible is named after. If you’ve read her story, you’ll understand why she’s an inspiration to many.

In this article, we’ll look at 3 characteristics of Queen Esther and what we can learn from them.

The first life lesson from Queen Esther’s character is that having the right attitude can open up doors. Despite her beauty, Queen Esther had an attitude that caused her to find favor with those she met, and that favor opened up doors.

The first example of where Queen Esther’s attitude opened up a door was when she was placed under the care of Hegai. Hegai was King Xerxes’ eunuch and he was given the responsibility to look after all the beautiful women that were recruited to find a new queen for the king.

The Bible says Queen Esther pleased Hegai and “he provided her with her beauty treatments and special food. He assigned to her seven female attendants selected from the king’s palace and moved her and her attendants into the best place in the harem” (Esther 2:9 NIV).

Since all the other women were beautiful as well, Queen Esther pleasing Hegai must have been based on her attitude. As a result, it opened up the door to her receiving special food and the best place in the harem.

When Queen Esther’s time came up to go to the king, The Bible noted that “Esther won the favor of everyone who saw her” (Esther 2:15 NIV). Not surprisingly, The Bible goes on to say “the king was attracted to Esther more than to any of the other women, and she won his favor and approval more than any of the other virgins” (Esther 2:17 NIV). As expected, this favor Esther found with the king opened up the door to her becoming Queen.

Learning from Queen Esther’s attitude and how it opened up doors for her, we should work on improving our attitudes so that more doors would open for us. Like Queen Esther was beautiful, each of us may have an attribute that is already helping us in life. It could be intelligence, a gift such as singing, or athletic ability.

Such attributes will only help us get so far in life. But when they are combined with a great attitude only God knows how many new doors will open up to us.

The next life lesson we can learn from Queen Esther’s character is that our willingness to take advice helps us to succeed. The Book of Esther found it important to highlight multiple instances where Esther took advice from others. In hindsight, each of those instances helped her succeed in becoming and remaining Queen.

Multiple times in The Book of Esther we see Queen Esther taking Mordecai’s advice. When Queen Esther was among the other women competing to be queen, The Bible notes that “Esther had not revealed her nationality and family background, because Mordecai had forbidden her to do so” (Esther 2:10 NIV).

Although The Book of Esther doesn’t directly state why Mordecai told her not to reveal her nationality, because of their status as Jews we can safely assume it had to do with her safety. If Esther ignored Mordecai’s advice at that stage of the process, it could have distracted people from her other qualities, potentially disqualifying her as a candidate to become queen.

Later on, after Esther became queen, Mordecai advised her to go to the King to plead for the lives of the Jews. Although she was afraid, she found the courage within and did as Mordecai instructed.

When she initially resisted, Mordecai told her “Do not think that because you are in the king’s house you alone of all the Jews will escape” (Esther 4:12  NIV). So had Queen Esther not taken Mordecai’s advice, a later discovery that she was a Jew could have caused her to lose her position or worst, her life.

Another instance where Queen Esther took someone’s advice is when Hegai told her what to take with her when she went to see the King. This instance is relatively minor, but since The Bible points it out I’ll do so also.

In Esther  2:15 it states that “When the turn came for Esther (the young woman Mordecai had adopted, the daughter of his uncle Abihail) to go to the king, she asked for nothing other than what Hegai, the king’s eunuch who was in charge of the harem, suggested” (NIV).

As the verse says, Queen Esther took Hegai’s advice by taking nothing with her other than what he recommended. Who knows, taking something else may have made a difference in how the King saw her.

Be Willing To Take Advice To Increase Your Chances of Success

In the same way that Queen Esther’s willingness to take advice helped her to succeed in becoming and remaining queen, we should be willing to take advice to be successful. I can’t tell you how often I’ve later discovered things the hard way when I could have saved time and effort had I taken the advice someone gave me.

Early in The Book of Esther, it speaks of a conspiracy that her cousin Mordecai discovered. Since Mordecai was usually by the king’s gate checking in on Queen Esther, he found out about a plot to assassinate King Xerxes. Mordecai told Queen Esther and Queen Esther “in turn reported it to the king, giving credit to Mordecai” (Esther 2:22 NIV).

Since Queen Esther was selfless by not taking the credit herself, it later protected Mordecai from being killed.

In short, Haman, one of the king’s nobles, was about to request permission from the king to kill Mordecai. But the night before, the king had the history books read to him and was reminded of the assassination planned for him that Mordecai helped to prevent. Afterward, the king decided to honor Mordecai for what he did and he used Haman to help since he had just come in to make his request!

Queen Esther selflessly giving credit to Mordecai didn’t seem significant at the time, but it ended up saving him later on!

Similarly, Queen Esther was selflessness saved the Jews. As shared in the last lesson, the lives of the Jews were threatened and Mordecai had asked Queen Esther to plead with the King for their lives. Although she could have lost her life going in to see the king without being summoned, she said “I will go to the king, even though it is against the law. And if I perish, I perish” (Esther 4:16 NIV).

On top of being prepared to sacrifice herself for the sake of the Jews, Queen Esther displayed selflessness when the king was prepared to offer her up to half his kingdom when he asked her what she wanted (Esther 5:3). Given the opportunity, she could have easily requested half of the kingdom, but she didn’t. Two other times, the king reminded her that he was prepared to give her up to half his kingdom, yet it didn’t distract her from her mission (Esther 5:6, Esther 7:2).

In the end, the king granted Queen Esther’s request, saving the Jews from being destroyed by their enemies.

In seeing how Queen Esther’s selflessness saved her cousin and her fellow Jews, we should make every effort to be selfless. Queen Esther could have never guessed that giving Mordecai credit would save him from death, but because she was selfless it was natural for her to do so.

Similarly, who can imagine the true impact our selflessness can have on others? This reminds me of how Jesus said there will be some during the judgment who had no idea they were doing good things for him when they did it for the least (Matthew 25). Don’t take any selfless act for granted.

Queen Esther was truly an amazing woman. As commonly stated, she was beautiful inside and out. In this article, we looked at 3 life lessons from Queen Esther’s character. You learned that having the right attitude can open up doors, your willingness to take advice can help you succeed, and the simplest of selfless acts can have a big impact.