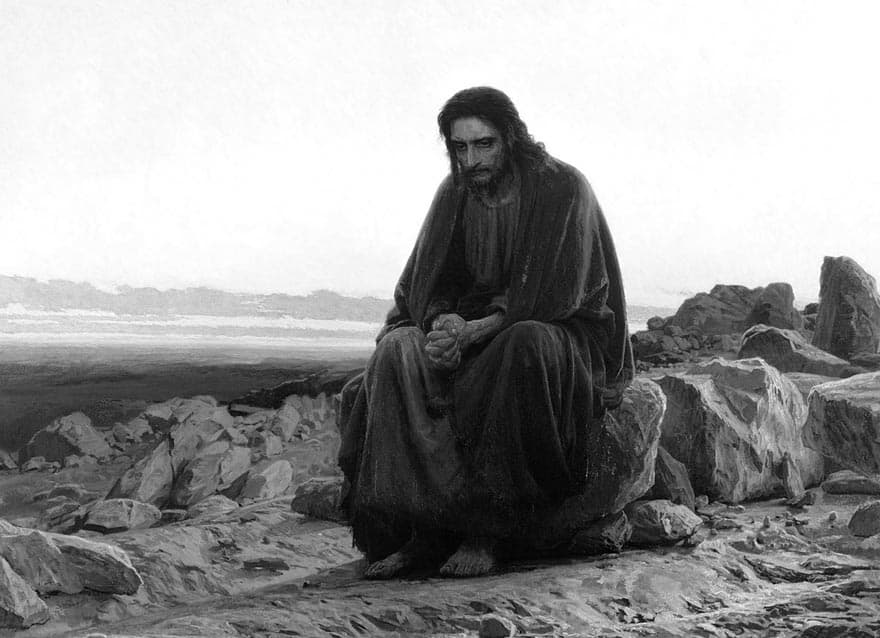 One of the first experiences Jesus goes through according to Matthew is being tempted by the devil. Although in the wilderness without food for days, he masterfully overcomes each one the devil throws at him. In this article, I’ll share 5 lessons we can learn from it:

We Can Be Tempted To Do A Good Thing

The first lesson we’ll look at is based on the first temptation of Jesus. The first temptation is found in Matthew 4:3 and the lesson we can learn from it is that we can be tempted to do a good thing. The verse states that “The tempter came to him and said, ‘If you are the Son of God, tell these stones to become bread” (NIV).

In response, Jesus said, “It is written: ‘Man shall not live on bread alone, but on every word that comes from the mouth of God” (Matthew 4:4 NIV).

Unlike Jesus’ response to the other temptations, his response to this one did not suggest that there was anything wrong with turning stones into bread. In fact, given that he was hungry and had the power to satisfy his hunger, doing so could have been considered a good thing. Despite that, he did not take the advice of the devil. After all, we understand that it was a temptation.

While we may not be able to say for sure why Jesus didn’t do it or why the Devil tried to get him to do it, doing the miracle in and of itself wasn’t a bad thing. On another occasion, Jesus had turned water into wine and on two occasions fed thousands of people by multiplying a little bit of food.

Learning from this, we should be careful when led to do certain things that appear to be good. Although it may be good, it may be a temptation to do something outside of God’s will.

A minister once preached that the devil is good at keeping believers busy with good things in order to keep them from doing the right things. While he was being tempted, Jesus was full of the Holy Spirit and knew what God wanted for him at that time.

Following Jesus’ example, we should seek God’s will in all we do (Proverbs 3:6), so we don’t do things that God doesn’t want us to do when it appears to be good.

Similarly, for both the first temptation and the temptation to throw himself down, the devil began by saying “if you are the Son of God”. What the devil chose to tempt Jesus with and the way he phrased his temptations, were catered to Jesus’ identity and circumstances. This teaches us that temptation is personal.

With that, it comes as no surprise that James 1:14 states “Temptation comes from our own desires, which entice us and drag us away” (NLT). The devil capitalizes on our existing desires in order to tempt us to do wrong. What can we do about it?

We can continually ask God to create within us a new heart (Psalm 51:10) and “lead us not into temptation” (Matthew 6:13 NIV). The right desires and surroundings reduce the chances of temptation. After all, it’s easier to avoid being tempted than it is to resist temptation.

God’s Word Can Be Misused To Tempt Us

A third lesson we can learn from the temptation of Jesus is that God’s word can be misused to tempt us. When the devil tempted Jesus to throw himself off the highest point of the temple, he quoted Psalm 91:11-12 saying:

”He will command his angels concerning you, and they will lift you up in their hands, so that you will not strike your foot against a stone” (NIV).

Although the devil quoted God’s word, Jesus was smarter than that and responded with another verse that provided more context to the one the devil used.

This temptation shows how knowledgeable of God’s word the devil is and how it can be misused to tempt us. Even in our own limited understanding, we can find ourselves justifying certain wrongs by taking God’s Word out of context.

Understanding this, as believers, it’s important that we learn as much of The Bible so that we are not misled by what appears to be the truth. This leads to the next lesson.

Building off of the last lesson, the temptation of Jesus teaches us that knowing God’s Word helps us to resist temptation. In response to each of the devil’s temptations, Jesus used scriptures from The Bible.

He referenced scriptures quickly that were specific to the temptations of the devil. This indicates that the in-depth knowledge Jesus had of God’s Word helped him to resist the devil’s temptation.

The weapon against Satan’s temptations is clearly God’s Word. The Psalmist noted it when He said “I have hidden your word in my heart that I might not sin against you” (Psalms 119:11). Ephesians 6:17 describes God’s Word as the sword of the Spirit. Like Jesus, who was led by the Spirit, knowledge of God’s Word is a tool that the Spirit uses to help us fight temptation.

The Devil Goes Away If We Resist Him

The final lesson we’ll look at from the temptation of Jesus is that the devil goes away if we resist him. It’s easy to think that we as believers can’t resist the devil.

Jesus shows us this by providing a strong scriptural answer to each of the devil’s temptations. Before quoting scripture in the last temptation, he boldly says “Away from me, Satan!” (Matthew 4:10 NIV), and the next verse says that the devil left him. James 4:7 says it plainly, “Resist the devil, and he will flee from you” (NIV).

When we’re tempted, we should remember that we have the power to resist the devil and that he leaves us when we do it. When he goes away, it doesn’t mean he won’t come back. But when he does, resist again he will flee once more.

From my experience, as you resist temptation more and more, it comes back less and less frequently. Don’t take for granted the power that is in you!

The way Jesus handled temptation is a great example to us believers. From his temptation, we learned that we can be tempted to do a good thing. Temptation is personal. God’s Word can be misused to tempt us. Knowing God’s Word helps us to resist temptation. And the devil goes away if we resist him.