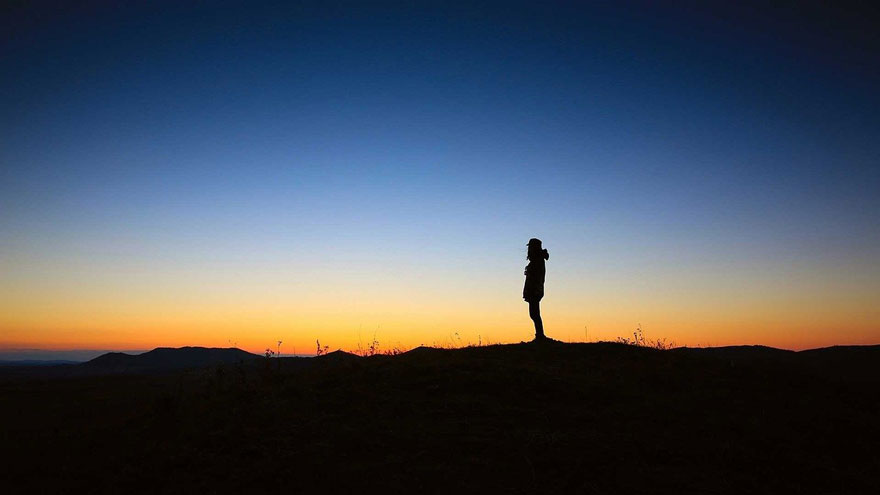 The call of Moses has some key lessons we can learn as it relates to God’s way of doing things and how we think. If you don’t know what the call of Moses is, it is when God asked Moses to rescue the Israelites from Egyptian slavery starting in Exodus 3.

In summary, God called out to Moses from what appeared to be a burning bush. God told him that He wanted to rescue the Israelites and that He was sending him to do it. Moses, however, made up many excuses as to why he couldn’t. God answers each of his doubts and he eventually conceded.

What we can learn from The Call of Moses is that God uses us to do things on earth, we don’t need everything to get started, and just because we think we can’t doesn’t mean we can’t.

God Uses Us To Do Things On Earth

Have you ever asked why God doesn’t fix the issues we are experiencing in this world? A lot of people do. Fortunately, we can find the answer in the call of Moses and it’s the first lesson we can learn. Yes, God wants the world to be better and has the power to do it, but he designed the world so that he gets things done through us.

Look at what God said when he called Moses to rescue the Israelites:

I have indeed seen the misery of my people in Egypt. I have heard them crying out because of their slave drivers, and I am concerned about their suffering. So I have come down to rescue them from the hand of the Egyptians and to bring them up out of that land into a good and spacious land, a land flowing with milk and honey—the home of the Canaanites, Hittites, Amorites, Perizzites, Hivites and Jebusites.

Notice that God told Moses that He had come down to rescue the Israelites, yet in verse 10 God tells Moses “I am sending you to Pharaoh to bring my people the Israelites out of Egypt” (NIV). So how is it that God said he was going to do it, but still had to convince Moses to do it? The answer is he uses us to get things done on earth.

Even though it was God’s miraculous power that made the rescue of the Israelites possible, if you examine each miracle in the story, you’ll see that Moses had to do something to initiate it. The parting of the red sea is a perfect example of this.

When the Israelites were stuck between the red sea and Pharaoh’s army, God told Moses “Why do you cry to Me? Tell the children of Israel to go forward. But lift up your rod, and stretch out your hand over the sea and divide it” (Exodus 14:15-16 NKJV). Later in the same chapter, it states that “Moses stretched out his hand over the sea; and the Lord caused the sea to go back by a strong east wind all that night, and made the sea into dry land, and the waters were divided” (v. 21).

The parting of the red sea was God’s doing, but Moses had to stretch out his hand for it to happen. So what’s the takeaway? Let’s not cry out to God to fix the worlds’ problems as Moses did to fix theirs. Chances are the good that needs to be done is in God’s will and like he called Moses, he could be calling us to address them for him.

We Don’t Need Everything To Get Started

The second lesson to learn from the call of Moses is that we don’t need everything to get started. One of the many excuses Moses gave to avoid doing what God called him to do was that he wasn’t good with words. More specifically he said:

Pardon your servant, Lord. I have never been eloquent, neither in the past nor since you have spoken to your servant. I am slow of speech and tongue.

Although Moses had a speech impediment, God still called him to do the work that required the ability to speak. As you may already know, God had in mind to use Aaron to speak for him.

Later in Exodus 4:15, in reference to Moses and Aaron, God said “…I will help both of you speak and will teach you what to do” (NIV). Notice that God told Moses he “will” help both of them and that he “will” teach them what to do. By saying “will” indicates that God planned to do it after they started.

So why is this a lesson to learn? Often times we expect to have everything we need in order to get started doing something God called us to do. As God’s call of Moses illustrates, we don’t need everything to get started and we won’t. God provides for us and instructs us when we need it.

Imagine it as a road trip and the destination is where God has called us to go. Just like we don’t overthink every possible issue we will experience on the trip, the roadblocks or detours, we shouldn’t overthink the path to where God calls us to go. We should simply get started and trust that he’ll guide us through any issues on the way.

The first excuse Moses gave when God called him was “Who am I that I should go to Pharaoh and bring the Israelites out of Egypt? (Exodus 3:11 NIV)”. Moses was given a task that appeared impossible for him and like many of us do when we’re placed in a similar position, we think that we are not capable of doing it.

Although Moses started out with a lack of confidence, we all know the end of the story. Through God’s help, he did do it. Similar to Moses, when Jeremiah was called to be a prophet, he gave excuses. He said, “I do not know how to speak; I am too young” (Jeremiah 1:6 NIV). Yet, in the end through God’s help, he did it. What’s the lesson to learn from this? Just because you think you can’t doesn’t mean you can’t.

We can all think back to a time when we were tasked with something we thought we couldn’t handle but somehow made it through. Learning from the call of Moses, we should recognize that that is the natural way to feel and not let it keep us back. If God called you, don’t dwell on your ability. That won’t get you anywhere. Remember that God “is able to do immeasurably more than all we ask or imagine, according to his power that is at work within us,” (Ephesians 3:20 NIV).

God wants good to happen in the world, but it’s up to us to make it happen. When he calls us to do his will, it’s tempting to think we need to have and know everything beforehand, but we don’t. And remember, it’s natural for us to think we can’t do certain things at the onset. While in some cases that may be in fact true, we can relax knowing that it is his power that works within us that makes it possible.

One reply to 3 Lessons From The Call of Moses