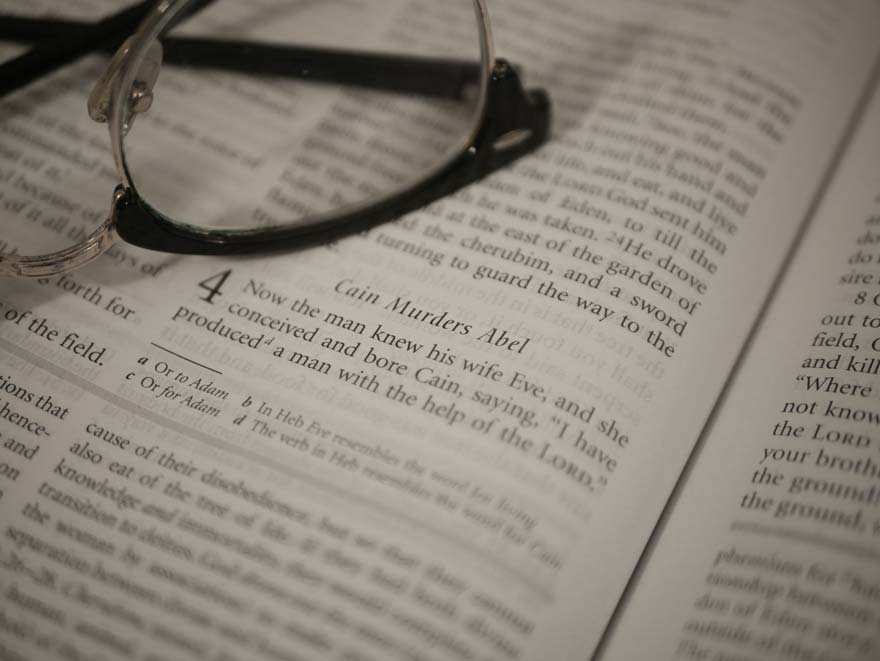 After the story of Adam and Eve is the story of Cain and Abel. It’s found in Genesis chapter 4 and as you likely know Cain killed Abel after God accepted Abel’s gift but not his. Their story has 5 life lessons we can learn.

The life lessons from Cain and Abel are:

What We Give Makes A Difference

Cain and Abel both gave a gift to the Lord. The Lord accepted Abel’s gift but didn’t accept Cain’s. If we take a closer at how The Bible describes each of their gifts, we can see the potential reason why God accepted one and rejected the other.

That reason brings us to the first lesson the story of Cain and Abel teaches us. That lesson is what we give makes a difference.

In Genesis 4:3, it says “When it was time for the harvest, Cain presented some of his crops as a gift to the Lord” (NLT). At first, it doesn’t seem like anything was wrong with what Cain presented but after reading the description of Abel’s gift we see a difference. In verse 4, it says “Abel also brought a gift—the best portions of the firstborn lambs from his flock.” (NLT).

Notice the difference in how Abel’s gift was described. Abel’s gift was the “best portions” of the “firstborn” lambs. On the other hand, Cain presented “some” of his crops.

Following Abel’s example, we should strive to give our best in every area of life. This applies to giving to both God and people. As for God, He doesn’t need anything from us. So when we give anything to him it’s more about our hearts toward him than the thing itself.

What Cain gave reflected a heart that doesn’t highly honor God. When we take what we offer God lightly we have a heart similar to Cain’s.

As for giving to people, The Bible says the second greatest command is to love our neighbors as ourselves (Mark 12:31). If we wouldn’t want anything from someone because they showed a lack of care, we shouldn’t do it to others.

Before going into the next lesson, an important point to note about this Cain and Abel lesson is that your best is different from other people’s best. Using money as an example, if someone gave $50 dollars, but you gave $10. On the surface, it appears that the person gave more than you.

But if that person had $500, but you only had $20 then you actually gave more in terms of percentage. Each person’s circumstance is different, but God knows everything. Like he saw Cain and Abel’s hearts, he sees ours and knows what we’re truly giving.

You can learn more about how everyone’s best is different in my article 3 Lessons To Learn From The Widow’s Offering.

The next lesson Cain and Abel teach us is don’t envy others. Although Abel had nothing to do with Cain’s gift and God’s rejection of it, Cain got angry and killed him. Cain incorrectly saw Abel as the issue. In Genesis 4:7 God told him that if he did what was right he would be accepted. It wasn’t that only his or Abel’s gift could be accepted. Both gifts could have.

Despite him being told he didn’t do the right thing, Cain still envied Abel. But it wasn’t that God thought Abel was better than Cain. Given the reason that God rejected Cain, it tells us that Abel simply did the right thing.

Cain’s envious reaction towards Abel seems to be human nature. We tend to envy people rather than consider what they had to do to get the results they got. We see a person with a nice home, but we don’t see their years of sacrifices saving for it. Similarly, we see someone get promoted on the job, but instead of reasoning that it’s because of their hard work, we think they are lucky or get special treatment.

Envying Others Leads Us To Do The Wrong Things

The natural human reaction to envy others isn’t based on logic and as it did to Cain it can lead us to do the wrong things. First Cain got angry. Then, apparently not getting over it, Genesis 4:8 says ‘One day Cain suggested to his brother, “Let’s go out into the fields.” And while they were in the field, Cain attacked his brother, Abel, and killed him’ (NLT). His anger led to murder.

So we must be careful when we start to become envious of others. It can lead us to do the wrong things. Remember that a person having what they have doesn’t necessarily mean you can’t have it. Being made aware of what they had to do to get what they got may cause you not to envy them at all.

There Is A Right Way To Do Things

When God told Cain that he will be accepted if did what was right (Genesis 4:7), it teaches us that there is such a thing as the right way to do things. This may seem obvious, but in life, we can find ourselves angry like Cain over problems that occur thinking it’s a mysterious reason why we aren’t getting the results others seem to be getting.

The Different Response To Cain and Abel Wasn’t Discrimination

God created laws that govern the planet. Like the law of gravity doesn’t discriminate, all of God’s other laws don’t discriminate. God told Cain that he “will” be accepted if he did the right thing. Like Abel, Cain’s success was guaranteed if he met the criteria.

Instead of finding out what the right thing is, in life, we often experiment. And like I highlighted in the last lesson, we end up envying others, considering them a rival because we think they are somehow lucky when it is just that they are going about things in the right way.

If Cain was wise, he could have asked Abel how to bring an acceptable offering to God. Instead, he allowed his human nature to take control of him.

So when you aren’t getting the same results in life as someone else, don’t respond like Cain. Trust God’s word that there is a right way to do things and find out what you need to do to get the results you desire.

Read my article 3 Things You Should About God’s Laws to learn more about how God’s laws don’t discriminate.

There Are Consequences To Our Actions

Now you are cursed and banished from the ground, which has swallowed your brother’s blood. No longer will the ground yield good crops for you, no matter how hard you work! From now on you will be a homeless wanderer on the earth.

The law of cause and effect guarantees that there are always consequences to our actions. In The Compound Effect by Darren Hardy, he explains how even the seemingly insignificant habits add up over the years and then shock us. For example, eating unhealthy doesn’t hurt us right after a meal, but in time we find ourselves sick and/or overweight.

As you go about your life, remember the immediate punishment Cain received for killing Abel. Some of the wrongs we do have immediate consequences but some don’t. Just because we don’t see consequences immediately doesn’t mean we won’t.

You Have The Power To Do The Right Thing

The last lesson we’ll look at from Cain and Abel comes from God’s response to Cain’s anger. In addition to telling him he will be accepted if he does what’s right, God said “if you refuse to do what is right, then watch out! Sin is crouching at the door, eager to control you. But you must subdue it and be its master” (Genesis 4:7 NLT).

God told Cain that he had the power to master sin. In other words, he didn’t have to do the wrong thing. This teaches us that we have the power to do the right thing because we can master sin. In life, we can find ourselves reasoning that we will fall short eventually and so it doesn’t make sense to resist the urge. As a result, we give way without any real fight when we’re tempted.

God telling Cain that he could subdue and master sin isn’t the only place in the Bible that hints at our power to do the right thing. 1 John 2:1 says:

My dear children, I write this to you so that you will not sin. But if anybody does sin, we have an advocate with the Father—Jesus Christ, the Righteous One.

John said his purpose for writing was so that they do not sin. Then he says “if” anyone does sin they have an advocate. John’s choice of words points out the same lesson.

Although Cain was angry, it didn’t mean he couldn’t resist killing Abel. Likewise, when you find yourself in tempting situations, remember you have the power to do the right thing. You can master sin!

If you want to learn more about how to resist temptation. Check out my article 5 Lessons We Can Learn From The Temptation of Jesus.

As one of the most popular stories in The Bible, the story of Cain and Abel is filled with lessons. In this article, we looked at 5 of them. To recap, the lessons were that what we give makes a difference, don’t envy others, there is a right way to do things, there are consequences to our actions, and you have the power to do the right thing.