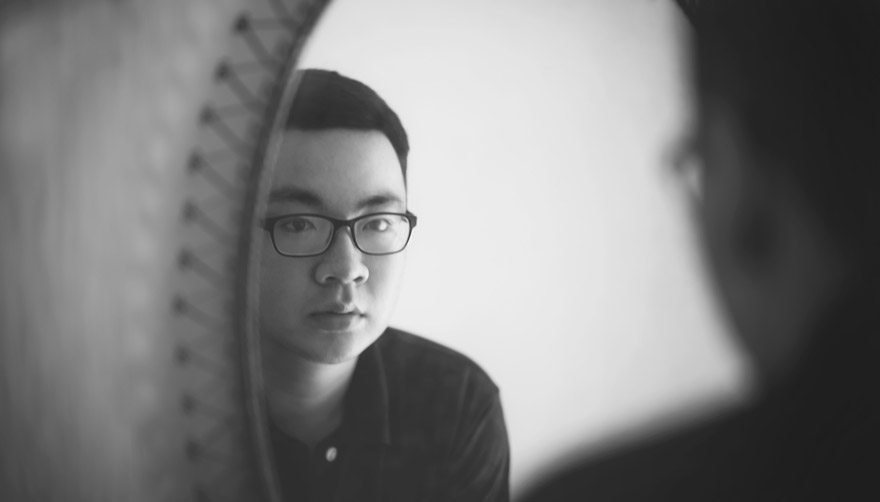 I had enough. This time for sure I was going to do it. I took my iPad, opened the notes app, and started typing. I was finally going to write and publish my first article online. The ideas were flowing. With 300 to 400 words, I paused to proofread it, and then it happened! I became paralyzed by fear. I started to think that what I wrote was not going to be valuable to anyone else. So sadly I deleted it and went back to doing what I was comfortable with.

Many articles later, I still remember how hard it was to believe in myself and I know others feel the same. Seemingly confident people often talk about how fear is holding you back and that you should take a leap of faith, but while it may sound simple, believing in yourself is harder than it seems. I haven’t forgotten this struggle, so in this article, I want to share 3 things I learned that have and continue to help me develop my confidence. I hope they help you too.

Belief Is Developed Over Time By Hearing The Right Things

The first thing I want you to know is that belief is developed over time by hearing the right things. I remember the moment I read something that was the last push I needed to execute an idea I had for years. It came out of a book called The Personal MBA. At the beginning of the book, the author defined what a business was in simple terms. At the time I was reading it, I had already completed my associate’s and bachelor’s degree in business-related majors and as you might have guessed, I was considering an MBA. Although I probably heard the definition of a business throughout school, this time a lightbulb turned on. Instantly I stopped reading and began working on a prototype for the idea I had.

It was a similar pattern to other things I was initially afraid of but eventually did. It’s as if each piece of related information nudges you closer towards taking action. If you aren’t already filling your mind with content related to your goals, start. I’ve come to learn that it is a key part of believing in yourself. When regularly consuming the right content, you may not feel like it’s making any difference, but trust that a mental shift is happening. In one of those sessions, whether it be an article, seminar, or conversation your confidence will be activated and you’ll take action.

The Bible also mentions how belief comes by hearing the right things. In discussing how people could ever come to believe in God, Paul says: “faith comes by hearing, and hearing by the word of God. (Romans 10:17 NKJV)” In another place, referring to the same subject, Paul warns that “We must pay the most careful attention, therefore, to what we have heard, so that we do not drift away. (Hebrews 2:1 NIV)” As you can see, the content we consume is critical to developing our belief. This is not only true for believing in God but also for believing in ourselves. So listen to faith-building content. Little by little, it builds your confidence and eventually leads you to take action.

People Don’t See Us The Way We See Ourselves

Have you ever noticed that it’s easier to believe in other people than it is to believe in ourselves? It seems like whenever we tell someone about our dreams and goals they cheer us on, believing we have what it takes to do it. We tell others the same, but when they tell us doubt tends to kick in. I’ve realized that the reason people tell us that we can do it, while we don’t see it for ourselves is that people don’t see us the way we see ourselves.

I’m not sure why this is the case, but realizing that this is the reality takes the pressure off. This realization is what helped me move forward with writing. During conversations with coworkers and friends, they would mention how valuable my insight was to them or would often say that they learned something useful every time we spoke. After hearing this so much from different people, it opened my eyes to the fact that while I may think lightly of my knowledge and experiences, others didn’t. This realization strengthened my confidence and led me to create The Wise Believer to share those insights with the world.

The Israelites Saw Others As Stronger

In the biblical story of the Israelites being on the verge of entering the promised land, we also witness what is a historical challenge of seeing ourselves as less than we are. In summary, 12 representatives were tasked with spying out the promised land to attack it. When they came back to give their report, the majority of them made comments such as “We can’t attack those people; they are stronger than we are” and “we seemed like grasshoppers in our own eyes, and we looked the same to them.” (read the full story in Numbers 13).

The spies mentioned how other people were stronger than they were and described themselves as grasshoppers in comparison. But did the spies ask the people of the land how they saw them? I doubt it, after all, they were in their land as spies! As the story goes, that group of people never got to enter the promised land. Let the fact that people don’t see you as you see yourself give you the confidence you need to take the next step.

We Now Do Things We Once Believed We Couldn’t Do

Lastly, recognize that you now do things you once believed you couldn’t do. We all have things we didn’t think we could do but eventually did. With those things conquered we move on to the next thing often taking for granted the initial difficulty. It’s a cycle that we all go through. By understanding this, you can shorten the fear period, knowing it will eventually be something you are comfortable with.

I’m sure you can remember that one thing you were afraid of doing and now doing it is a piece of cake. An example for me is giving a presentation to the youth group at my church. The first time I was asked to share a lesson with my peers I only had the confidence to do a part of an existing one. In time, I was able to share an entire lesson on my own and now can share one spontaneously. Delivering the sermon to the entire church was similar. The first time I delivered one part of three, and now I deliver an entire sermon regularly. Not sure if and when I’ll be able to do one spontaneously though (believe in yourself Moses!). This leads me to the final point of this section.

Believing Is An Ongoing Challenge

Believing in yourself is an ongoing challenge. I’m sure if you ask some millionaires if they think they’ll be a billionaire someday, some of them would doubt. It’s a journey. Conquering one thing builds your confidence to conquer the next thing. Just like David first fought off bears and lions before believing he could defeat Goliath, you’ll eventually be taking on the Goliaths in your life although you may still be afraid of the bears and lions.

I hope these 3 things I’ve learned about believing in yourself helps you on your journey in developing confidence. It’s not easy, but You Have What It Takes.

6 replies to Believing In Yourself Is Hard