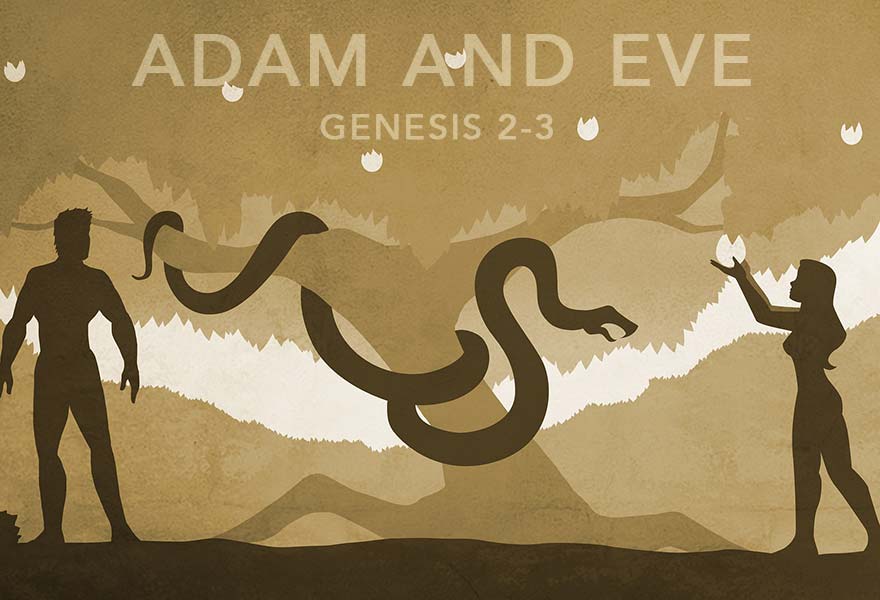 The story of Adam and Eve is probably the most popular story of The Bible. As you likely know, they were the first people God created and were the ones through which sin entered the world. Their story has 3 life lessons that both believers and non-believers alike can benefit from knowing. In this article, I’ll explain them.

A Brief Summary of The Story of Adam and Eve

If you aren’t familiar with the story, it’s found in Genesis chapters 2 and 3. In summary, God created Adam and gave him the responsibility of caring for the garden of Eden. God told Adam that he could eat from any tree of the garden except the tree of the knowledge of good and evil and that if he did he would die.

God later created Eve from Adam’s rib because God said it wasn’t good for man to be alone. Eve is later deceived by the serpent and eats from the tree God commanded them not to eat from. She gave some to Adam who accepts and God ends up punishing Adam, Eve, and the serpent.

So what are the life lessons from Adam and Eve? The lessons are:

Let’s look at each of these lessons in detail.

We Were Created To Work

The first lesson from Adam and Eve answers one of the most important questions people ask in life; why did God create us? The answer, as Adam and Eve’s story show, is to rule the earth (work). This may seem simple, but as you may have experienced, not doing what we were created to do is the cause of many of life’s problems. Therefore, it’s important to understand it in an effort to make our lives better.

Adam and Eve Were Placed In The Garden To Work It

The part of Adam and Eve’s story that confirms this lesson is when God placed Adam in the garden. Genesis 2:15 says “God took the man and put him in the Garden of Eden to work it and take care of it” (NIV). And before that, God shared His bigger motivation for creating mankind. He said:

“Let us make mankind in our image, in our likeness, so that they may rule over the fish in the sea and the birds in the sky, over the livestock and all the wild animals, and over all the creatures that move along the ground”

Eve, whom God created to be Adam’s helper (Genesis 2:20), joined forces with Adam to work by taking care of the garden.

We Aren’t Happy When We’re Not Working

The fact that we were created to work, explains why we aren’t happy when we aren’t doing so. I’m not speaking about being happy that you have a job, but rather the state of happiness that comes from doing something useful in the world.

So if you aren’t already doing so, like Adam and Eve were placed in the garden to work and take care of it, do what God placed you on this earth to do. In a sermon I gave around Christmas time, I told the congregation that in the same way God sent Jesus for a purpose, he sent you for a purpose.

We Are Responsible For The Earth

We (mankind) are responsible for what happens on the earth. If Adam and Eve didn’t take care of the garden God wouldn’t be the blame for its condition. Likewise, since God said “so that they may rule over…” we should embrace our God-given responsibility and do our part.

Be Careful What You Expose Yourself To

The next lesson from Adam and Eve’s is to be careful what you expose yourself to. After Adam and Eve exposed themselves by eating from the tree of the knowledge of good and evil things went downhill. In the same way that happened to them, if we aren’t careful, we can expose ourselves to things that cause our downfall.

When Adam and Eve ate the fruit, they weren’t simply finding out that there was such a thing as evil, but rather they were experiencing what it meant to be evil. After all, before they did it, God commanded Adam not to do so using the word evil, which means he had to be aware of its existence.

And the Lord God commanded the man, “You are free to eat from any tree in the garden; but you must not eat from the tree of the knowledge of good and evil, for when you eat from it you will certainly die.”

After Adam and Eve experienced evil, The Bible says “Then the eyes of both of them were opened, and they realized they were naked; so they sewed fig leaves together and made coverings for themselves” (Genesis 3:7 NIV).

Although there may be multiple interpretations as to what it meant that they realized they were naked, it’s clear that something change and it wasn’t for the good.

Don’t Expose Yourself To Negativity

Learning from this, we should not expose ourselves to things that would be bad for us. Like Adam and Eve, we all know of dangerous things even though we may have not experienced them. And as God commanded them to stay away, we are often warned to stay away from those things.

Although we were all born into sin because of Adam and Eve’s original decision, we still have the day-to-day choice of what we expose ourselves to. Therefore, avoid the negative and embrace the positive. The tempter may make the negative look attractive but in the end, as Adam and Eve discovered, it will leave those who fall for it worse off.

You Are Responsible For Your Decisions

The last lesson we’ll look at from Adam and Eve is that we are responsible for our decisions. Although Adam ate the fruit because of Eve and Eve ate it because of the serpent, God punished all of them.

Adam and Eve Blamed Someone Else

When kids get in trouble (and adults sometimes) there is a tendency to blame someone else for what really was their decision. When God confronted Adam, he immediately said, “The woman you put here with me—she gave me some fruit from the tree, and I ate it” (Genesis 3:12 NIV). If you think about it, Adam was casting some of the blame on God in addition to Eve by saying “the woman you put here with me”. Similarly, when God confronted Eve she said, “The serpent deceived me, and I ate” (Genesis 3:13 NIV).

As the scriptures that followed share, God ended up punishing Adam, Eve, and the serpent teaching us that we are all responsible for our decisions even if someone else negatively influenced us.

I want to make another point from the part of the story where Adam eats the fruit after Eve gave it to him. The second part of Genesis 3:6 says “She also gave some to her husband, who was with her, and he ate it” (NIV).

Now we’d want to think that Adam was aware that he was about to eat the fruit that God commanded him not to, after all, the verse says he was with Eve so he may have heard what the serpent said to her. But let’s imagine that he didn’t know. The question is, would he still have been punished for eating it?

I argue that the answer is yes. Why? As you likely discovered, we live in a world where ignorance doesn’t excuse us from the consequences of our decisions. If you accidentally walk off a ledge, the law of gravity doesn’t care if you didn’t know.

Similarly, if you mistake strychnine (a white, orderless poison) for sugar and place it in your coffee, you’ll end up dead. God’s commands are law and referring to the tree of the knowledge of good and evil, He told Adam “when you eat from it you will certainly die” (Genesis 2:17 NIV).

Such is the power of our decisions. Whether we are aware or not we will face the consequences of them. Even if your present state is the result of someone else’s decision, whether you remain in it or not is still your choice.

So those were 3 life lessons from Adam and Eve that anyone can benefit from. To recap, the lessons are: