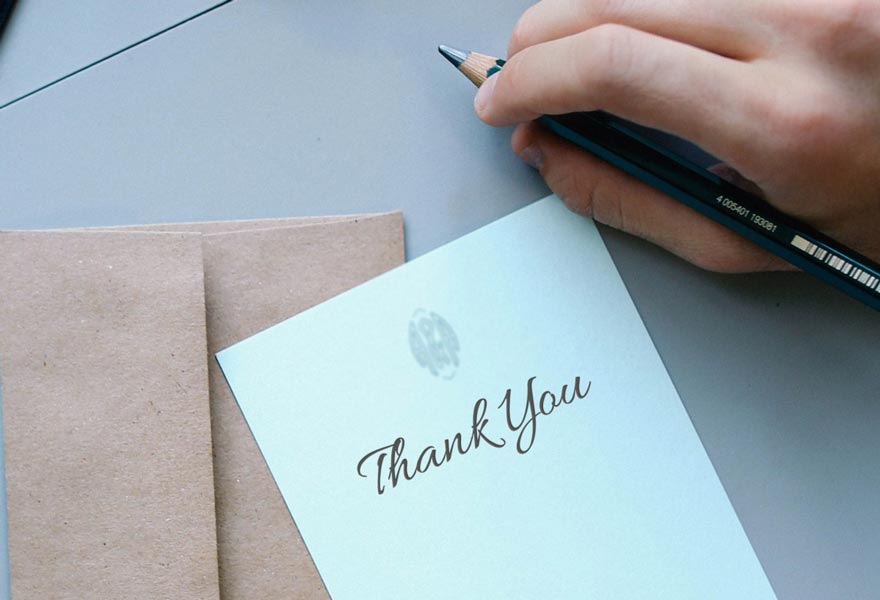 When my wife and I were going through marriage counselling, I was assigned the task of thanking my future mother-in-law for all the work she did in raising her daughter. The part of this task that keeps it coming back to my mind is the fact that I was to thank her in the form of a letter, not verbally.

My wife had to do the same. We were told that since a letter takes time to write it will be more valuable to each of our parents, and it was. When my mother-in-law read my letter it made her cry and she treasured it. Years later, I now wonder how that experience would have been different if I didn’t thank her in that way.

We often hear of the things we should and shouldn’t do in life and while that’s good to know, it’s also good to know that how we do something makes a big difference. In this article, I want to share three things to consider when you do anything. They may seem small, but if you apply them it could make a big difference.

The Order We Do Something In

Where I’m from, on your birthday it is a tradition to give the first piece of cake to the person you deem to be most important to you. Even though a cake divided equally among a group of people is technically the same thing, the first piece of cake is more valuable because of the thought behind it. In this case, the difference order makes is clear. In other situations, it is not necessarily so.

While talking about when a person should give a tip after receiving a service, Jim Rohn in his book 7 Strategies for Wealth and Happiness mentioned how giving someone a tip before a service is better than doing so after. He states that “the term ‘tip’ comes from the words “to insure promptness.’” Although the meaning is debatable given that the word “insure” is used rather than “ensure”, his point is hard to deny. I found it to be true when I put it into practice.

For example, at the gas station, I used to give a tip when the pump attendant went above and beyond by cleaning my windshield in addition to pumping the gas. One day I decided to give the tip first. Not only did he pump the gas and clean the windshield and back window, but he also cleaned the side mirrors and waited until the pumping was done before assisting other customers. Same tip, but the order made a difference.

As it does with many things, The Bible also mentions the importance of order in what we do. In addition to giving back a portion of what we earn back to God, it also states that we should give to God first. Here are two verses that indicate this:

“Honor the Lord with your wealth, with the firstfruits of all your crops.”

“But seek first his kingdom and his righteousness, and all these things will be given to you as well. “

The Bible doesn’t tell us to not give to others, pay our bills or buy things we want or need, it simply says that we should give to God first. Why? Because like the piece of cake, it’s not about the gift, it’s about the significance of who we give it to first.

The Attitude We Do Something With

In addition to the order we do something, the attitude in which we do it makes a difference as well. Has someone ever apologized to you reluctantly? How did you feel about the apology? Probably not good. The words between a genuine apology and a reluctant one may be exactly the same, but the attitude makes all the difference. Like me, you’d probably tell that person to keep their apology!

When I think of attitude, it isn’t just body language, but the motives in the heart as well. One mother’s day season, my church was giving out roses to all the mothers in attendance. Since a few roses were left over, I decided to take one to give to my wife who wasn’t a mother but only my girlfriend at the time.

When I gave it to her, she was excited. But after finding out that I didn’t pay for it myself, she let it die. I don’t blame her. If I had said how I got the rose and that I thought about her and so brought her one, it would have been better than implying that I bought the rose myself. The same rose, but the attitude makes a difference.

The bible teaches the same thing when it comes to doing good deeds. In one place it says to “ let your light shine before others, that they may see your good deeds and glorify your Father in heaven” (Matthew 5:16).

But it warns in another verse to “be careful not to practice your righteousness in front of others to be seen by them” (Matthew 6:1). If you focus on the action itself, these two verses would be conflicting. But if you focus on the attitude part, it’s clear.  Motives make a big difference.

How We Do Something For Ourselves

At the start of this article, I gave an example of how we do something making a difference with the thank you letter to my mother-in-law. In addition to that, the following two points came from the perspective of how we do things for others. While that is great, I want to conclude by reminding you that how you do something for yourself also makes a difference.

How do you say thank you to yourself for a job well done? Maybe you’re being too hard on yourself and could use some self-appreciation. Then there’s the order you do something. Are you constantly putting others before yourself to the detriment of your health and well-being?

You can’t expect to continue being a help to others if you neglect yourself. Like they say in the airplane safety demonstrations, “put your oxygen mask on first before assisting others.” Lastly, how’s the attitude you’re taking life on with? Our attitude plays a role in so much of what we accomplish in life and with limiting attitudes we’d continue to live underneath our potential.

From this day forward, pay closer attention to how you do things. It makes a difference.