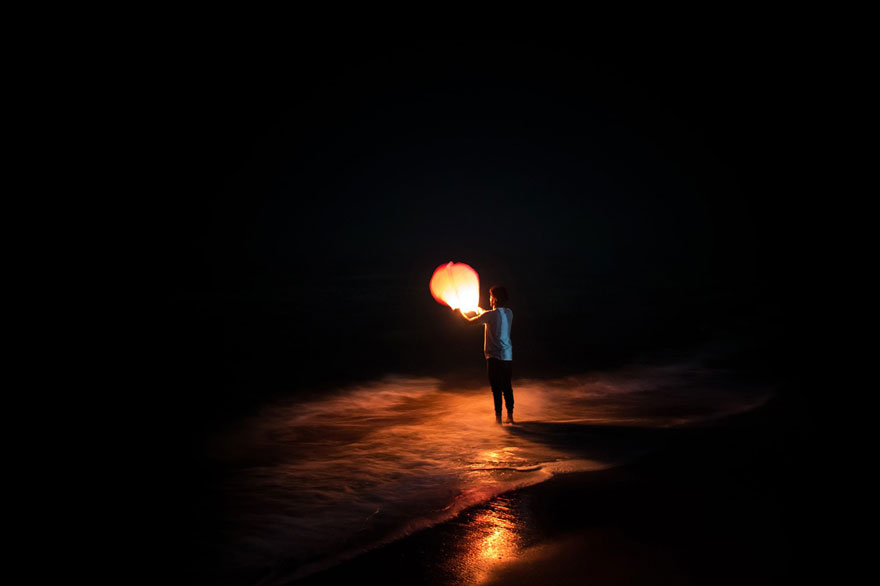 Nobody likes a crisis. They disrupt lives, cause pain, and are frustrating. But even though they are bad, they pull out of us attitudes and behaviors we don’t know we have. The COVID-19 crisis, in particular, made me realize I could cut my own hair and spend an entire weekend at home. But beyond personal revelations, a crisis presents an opportunity for believers to standout and by standing out, it attracts others to the faith.

In this article, I shared 3 ways believers should stand out in times of crisis. They are related and believers should exhibit them at all times, but there is something about a crisis that makes them more apparent.

Believers Should Be Thankful

When a crisis comes, people are usually not thankful. They focus on the few things that are wrong rather than the many things that are right. When you consider why people aren’t thankful when a few things are wrong, you’ll understand why believers should be different. People are this way because of the false thinking that good things should happen to them. In other words, they feel like they deserve only what’s good and anything bad that happens to them is not justified. Believers, on the other hand, should think the opposite. As Ephesians 2:3-5 points out, believers know that “we were by nature deserving of wrath. But because of his great love for us, God, who is rich in mercy, made us alive with Christ even when we were dead in transgressions” (NIV).

Understanding that it is only because of the grace of God that we have all not been destroyed changes the way you see life. The grace of God, which is not only why we are here today but have the hope of eternal life, makes any issue we experience in life insignificant in comparison to where we could have been. Given the following choices, which would you choose?

It may sound extreme, but it’s the reality. In fact, despite all of the above happening to Job, he said: “Naked I came from my mother’s womb, and naked I will depart. The Lord gave and the Lord has taken away; may the name of the Lord be praised” (Job 1:21 NIV). Job recognized that everything he owned was a gift and had a thankful attitude when a crisis came and took it all away. Believers should be the same. During a crisis, we should be thankful and by being thankful, we stand out.

Believers Should Be Faithful

Faithfulness is another attribute believers should have that makes them stand out in times of crisis. Being faithful includes both being loyal and having trust. I’ll explain each separately.

We all know that times of personal crisis is an opportunity to identify the people that truly have our backs. That’s because it’s always easy for a person to associate with someone as long as it benefits them in some way. When a person sticks around and supports you during bad times, it says a lot about their character. Since it’s not the normal thing to do, doing it makes them stand out.

“Does Job fear God for nothing?” Satan replied. “Have you not put a hedge around him and his household and everything he has? You have blessed the work of his hands, so that his flocks and herds are spread throughout the land. But now stretch out your hand and strike everything he has, and he will surely curse you to your face.”

Because it’s the norm, Satan said that Job is only serving God because he is being blessed. But if you know the story, you’ll know that it wasn’t the case. Job remained loyal to God despite all his blessings being taken away. This is what made him stand out. As a witness of everything that he was going through, his own wife asked him “are you still maintaining your integrity?”. She then told him to “Curse God and die!” (Job 2:9 NIV). Her reaction highlights what makes Job’s story memorable. No, not the suffering he went through, but the loyalty he maintained throughout it!

A distinguishing attribute of believers is their trust. Unlike people that only trust in what they can see, believers trust in a God that they can’t see. This trust becomes more apparent during a crisis. There are many biblical examples of how a person’s trust in God led them to do great but dangerous things. Two, in particular, are Moses (Exodus 3) and Jeremiah (Jeremiah 1). The stories of when God called each of them is a reminder that our relationship with God is built on trust. He didn’t give any of them all the details of what they needed to do upfront. Rather, he told them that he will tell them what to say when they needed to say it. And when they experienced difficulties, he told them that they shouldn’t be afraid as he will be with them.

Moses and Jeremiah trusting God when they experienced hardship is a great part of the reason why they are the role models that they are. Believers should have that same type of trust and maintaining it in times of crisis makes a statement.

This reminds me of the experience a coworker had talking to one of the leaders at our place of work. She’s a believer and the leader was not. Knowing that she was a believer, the leader asked her what she thought about the COVID-19 pandemic. How she replied is what made her experience memorable to me. She calmly said that The Bible spoke about such things and that it was not necessarily the end. Like it did to me, I’m sure her trustful attitude stood out to the leader who, by the way,  thought COVID-19 might have been the end of the world. This goes hand in hand with the last way I’ll share that believers should stand out during a crisis.

Believers Should Be Peaceful

The opposite of being peaceful is being anxious and anxious is a good word to describe most people when a crisis comes. Have you ever wondered how people who don’t have faith in God must feel when hard times come? It must be rough. Believers, on the other hand, should have peace since it’s a key component of a relationship with God. The Bible mentions how we should not be worried about our necessities being met (Matthew 6:25-34) and often describes us as children of God (Matthew 7:9-11). If you watch children, they are peaceful during bad times. They know that regardless of what’s happening their parents will look out for them. That’s how believers should be.

One of my sisters in the faith shared a story about a lady who lost her husband, got displaced by hurricane Dorian and then had to navigate COVID-19. After expressing all she went through, she said, “when she thinks about the worst days she saw, she always survived and God saw her through it all.” This is the attitude all believers should have in a crisis. They should remain at peace in the same way that the lady remained at peace despite all she experienced.

I’ll end this section with a wonderful scripture I often reference when I find myself not exhibiting the behaviors I previously discussed. It’s a great scripture to keep in mind if you find yourself in a similar position.

Rejoice in the Lord always. I will say it again: Rejoice! Let your gentleness be evident to all. The Lord is near. Do not be anxious about anything, but in every situation, by prayer and petition, with thanksgiving, present your requests to God. And the peace of God, which transcends all understanding, will guard your hearts and your minds in Christ Jesus.

The Wise and Foolish Builders

A great illustration Jesus gave that I’ll use to summarize this article is The Wise and Foolish Builders. He shared:

Here are three quick points to note about this illustration and how it applies to believers in times of crisis. The first point is both types of people had a house. In the context of this article, this symbolizes two people having a life that appears to be the same in good times. The second point is a storm came to both. This indicates that in life, whether you are a believer or not, crises will come. The third point is the difference between the two homes became apparent when the storm hits them. This shows that a crisis will expose people for what they are.

While the world is expected to be unthankful, faithless, and anxious during times of crisis, believers should be thankful, faithful, and at peace. It is these attributes that make believers stand out and by standing out we become the light of the world.