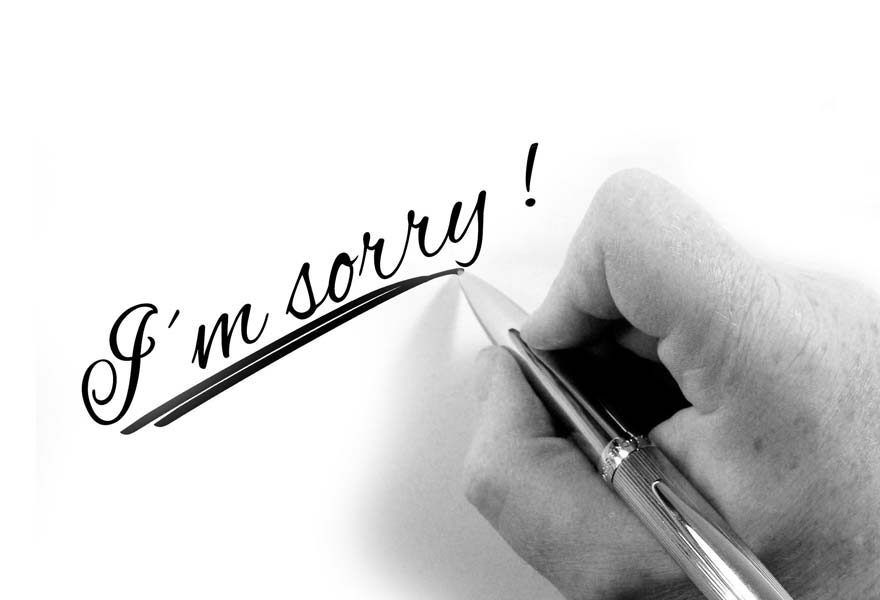 Forgiveness! It’s one of the major topics of The Bible and not surprisingly a major topic in life. Believers and unbelievers alike can benefit from it yet both often struggle with it. In this article, we’ll look at 5 biblical lessons on forgiveness. While doing so you’ll learn about forgiveness in general, techniques on how to forgive, and appreciate how important it is to God.

The 5 lessons on forgiveness in The Bible are:

According to The Bible, forgiving others requires seeing them differently. Our natural perception of people makes it hard to forgive others, but changing the perception makes it easier.

Do you find it easier to forgive a child of a wrong than you do an adult? It may be because the wrongs of an adult are usually greater than a child, but what also helps us to do it is that we see children as not knowing what they are doing.

Recognizing that the people didn’t know what they were doing is the reason Jesus asked the Father to forgive them while they crucified him. ‘Jesus said, “Father, forgive them, for they do not know what they are doing” (Luke 23:34 NIV). Had they understood that it was the son of God they were putting to death, they wouldn’t have.

Likewise, people may think they are justified in their actions, but if they truly understood what they were doing they wouldn’t. So whenever you find it hard to forgive someone, remind yourself that the person really didn’t know what they were doing and it should make forgiving them easier.

Another lesson we can learn from The Bible about forgiveness is that it doesn’t mean there won’t be consequences. We may think that if we forgive someone, we are somehow letting them get away with what they did, but this isn’t true.

According to The Bible, God handles the punishment for people that do us wrong. Romans 12:19 says ‘Do not take revenge, my dear friends, but leave room for God’s wrath, for it is written: “It is mine to avenge; I will repay,” says the Lord (NIV)’. Although it may seem like people may not get punished for their actions if we forgive them and let go, they will.

God Forgave Us But There Were Still Consequences

When man sinned against God in Genesis 3, there were immediate consequences and consequences we’ll never fully appreciate because of Jesus’ sacrifice. Notice how God didn’t eliminate the consequences when he forgave us, in his love he sent Jesus to endure them for us (John 3:16).

Forgiveness In A Relationship – Example

An example of consequences in life even though one forgives or is forgiven is when a relationship is damaged because of one person’s unfaithfulness. Although the wronged person may forgive, it doesn’t mean trust is immediately restored. Broken trust is a consequence and has to be rebuilt. If you are the one who committed the wrong you shouldn’t think that being forgiven will immediately restore the relationship to how it was before. It has to be rebuilt.

Forgiving Isn’t The Same As Forgetting

Another lesson in The Bible about forgiveness that we all experience and usually have a hard time with is forgetting after we forgive.  For some reason, we may think we have to forget what happened if we are to forgive. But according to The Bible, it’s not forgetting we must do, it’s not bringing it up.

Proverbs 17:9 says “Love prospers when a fault is forgiven, but dwelling on it separates close friends” (NLT). Notice that this verse says “dwelling on it separates close friends”, rather than “neglecting to forget.” We shouldn’t try to keep wrongs committed against us from coming to mind. As you know, it’s difficult if not impossible to do that. What The Bible says is we shouldn’t dwell on it.

Understanding this, you don’t have to feel as if you didn’t truly forgive someone when it comes to mind nor that in order to forgive you have to forget. Just don’t bring it up. Don’t dwell on it.

In reference to forgiving Israel, God is quoted in Hebrews 8:12 saying “For I will forgive their wickedness and will remember their sins no more” (NIV). In this verse, God himself says he won’t remember sins anymore. But think for a moment. Being the all-knowing God that he is, is it that he will completely erase what was done from his memory or that he won’t hold it against us? Of course, it’s the second one.

Hearing the word forget when it comes to forgiveness can throw us off. It makes us feel like we have to do an impossible thing. But as you now know, it shouldn’t be taken literally. What The Bible is actually saying is that we shouldn’t bring up forgiven matters anymore. Don’t dwell on it.

If you find yourself in a position where you repeatedly bring up an issue that you forgave, I want to share a comparison I learned that helped me to stop doing it. Have you ever continually picked at a bruise you had? When you did, didn’t it take longer to heal? It’s the same with issues that hurt us. When you get the urge to pick at it by bringing it up, remember that you have to refrain from doing so in order to be healed. From personal experience, the wrong comes to mind less frequently as you don’t bring it up.

Forgiveness Should Be Unlimited

This lesson on forgiveness in The Bible comes directly from the answer Jesus gave to Peter when he asked him how much he should forgive someone that sins against him. Thinking it was up to 7 times, Jesus replied “I tell you, not seven times, but seventy-seven times” (Matthew 18:22 NIV).

We can all relate to Peter’s question. As humans, we may find forgiving someone one time easy, but to forgive the same person two and three times is another story. The Bible, however, teaches us that there should be no limit to our forgiveness. Luke 17:3-4 says:

The Bible teaches us that we are to be like God (Matthew 5:48) and according to 1 John 1:9 “If we confess our sins, he is faithful and just and will forgive us our sins and purify us from all unrighteousness”. Sometimes we find ourselves falling short so much that we are hesitant to ask God for forgiveness. If you are in that position, remember that if you confess, 1 John 1:9 says God will forgive. Following God’s example, we should have the same attitude towards our brothers and sisters. Our forgiveness should be unlimited.

The last lesson on forgiveness in The Bible that we’ll look at is straightforward. The lesson is God doesn’t forgive us if we don’t forgive others. Matthew 6:14-15 says:

This reason alone is a good enough reason why we should forgive others although we may find it difficult. When you consider how much more important God forgiving you is in comparison to the wrong someone does you, it should become a small matter to forgive them. It’s one of the lessons Jesus teaches this in the parable of the unforgiving servant.

As stated at the begging of this article, forgiveness is an important life subject and The Bible has a lot to say on it. In fact, God’s forgiveness is one of its major themes.

In this article, we looked at 5 lessons on forgiveness from The Bible. To review, the lessons were: forgiveness requires seeing people differently, forgiveness doesn’t mean there won’t be consequences, forgiving isn’t the same as forgetting, forgiveness should be unlimited, and God doesn’t forgive us if we don’t forgive others.